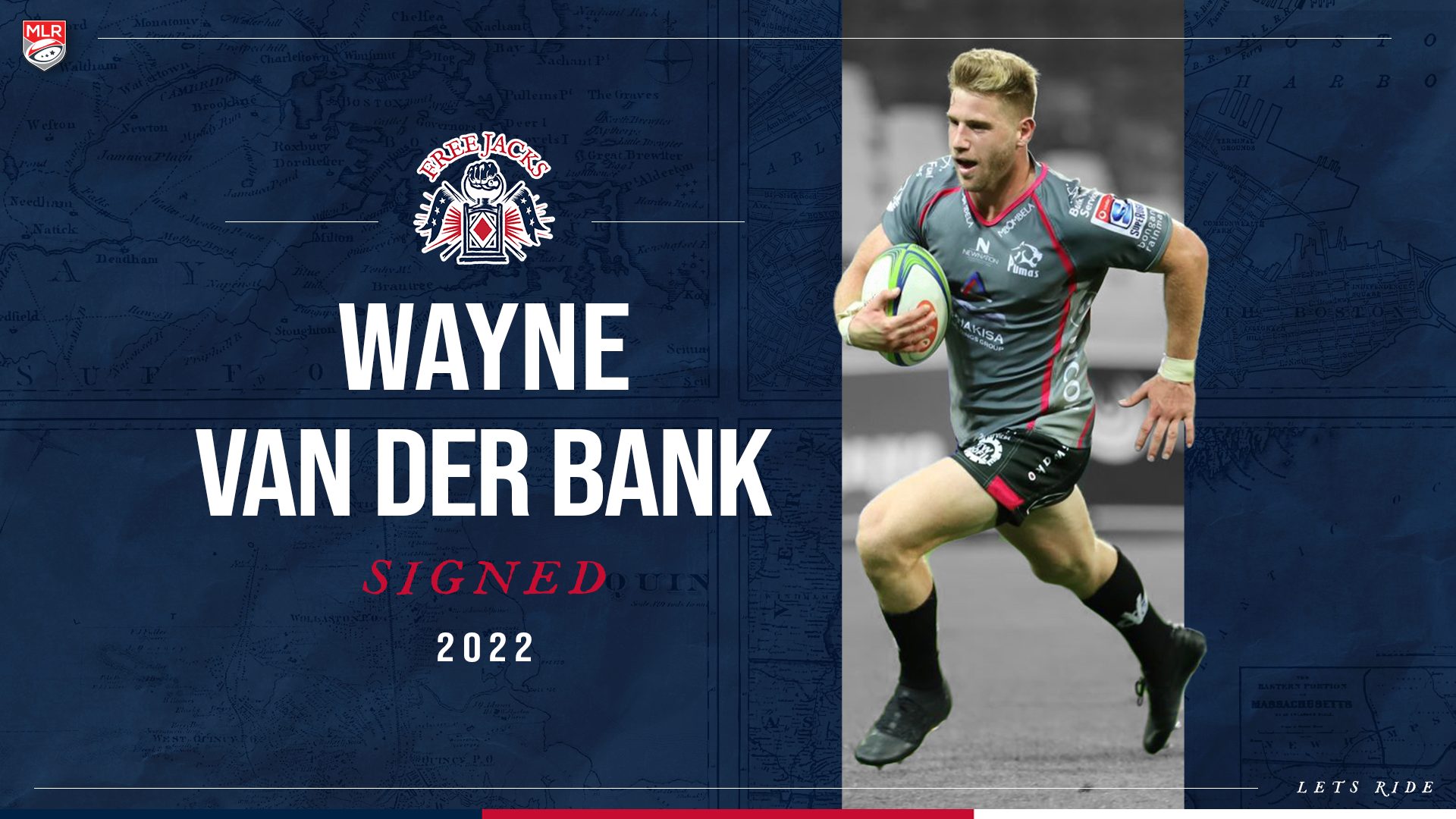 Boston, MA — October 12, 2021 — The New England Free Jacks are excited to announce the signing of South African centre Wayne Van Der Bank through 2026. The 6’ 191lb back is prepared to make a splash in his debut season in the MLR come 2022.

Originally from Pretoria, South Africa, Van Der Bank is a young talent with much potential to be explored at the age of 24. Wayne made his first start in the South African Currie Cup for the Golden Lions in 2019. From there he made his transition over to the Pumas, making valuable starts at both inside and outside centre for the Mbombela team in 2020 and 2021.

“We’re really excited to bring a young talented player like Wayne to the Free Jacks,” exclaimed Free Jacks Performance Director, Tom Kindley. “He has shown that potential in Super Rugby Unlocked, and has delivered some stellar performances against the best of the SA franchises earning himself the back line player of the year award for the Pumas in that campaign.”

“He has the versatility to play inside or outside centre, and shows an immense work rate that I know the Free Jack supporters will come to admire. Wayne is one of those players that has slipped under the radar in SA, his ability to move into space and offload in contact are aspects of his game that excite me. He is a team man, and a top competitor and I’m really looking forward to working with him.”

In 2020, Van Der Bank appeared in 8 games for the Pumas, dishing out 5 try assists and successfully completing 90% of his tackles on the other side of the ball. Clearly Wayne adds solid playmaking abilities and a strong defensive presence in the middle of an already talented backline.

A hardworking and humble athlete, Van Der Bank exclaimed that he’s grateful for the next page in his life. “It is a privilege to be making this transition to join the Free Jacks. I am overjoyed and excited for the season ahead. It’s a new chapter and I’m thankful for the opportunity to play in the MLR and move to the States.”

The Free Jacks are ecstatic to see Van Der Bank on the roster next year. Keep your eyes open for this South African signing as he tackles his way through the 2022 season.