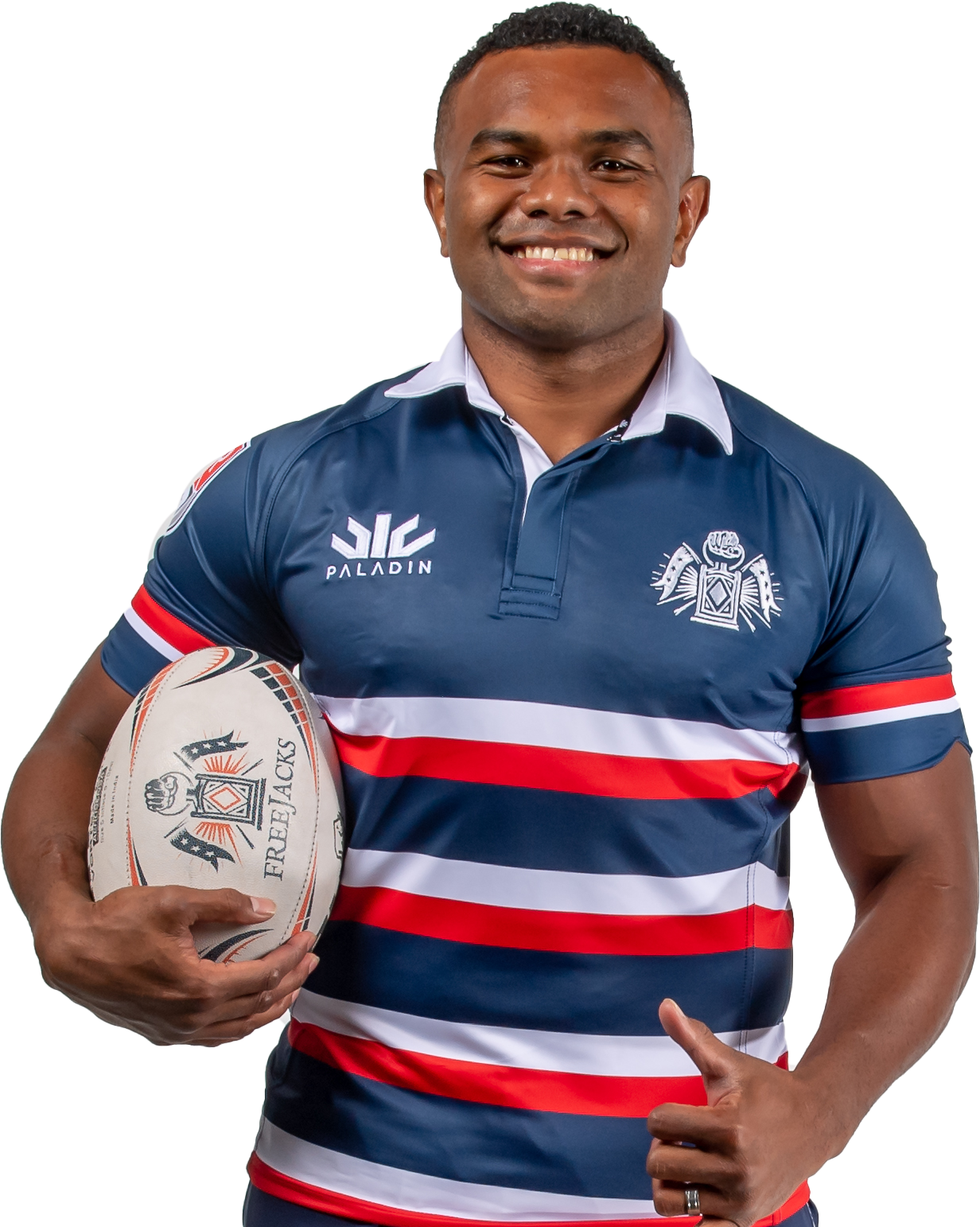 Nadi, Fiji, native, married with 2 young children. Moved to New Zealand in 2011 playing club rugby at first in Southland before breaking into the NPC in 2013. In 2014 he made 5 appearances for Otago in the NPC followed by a team leading seven tries for Otago in the 2015 NPC season. From 2016 to 2018 he played at Connacht. He has 8 caps for Fiji and can play all three positions in the back-row. Hear Naulia talk about his experience with the Flying Fijians national team here.