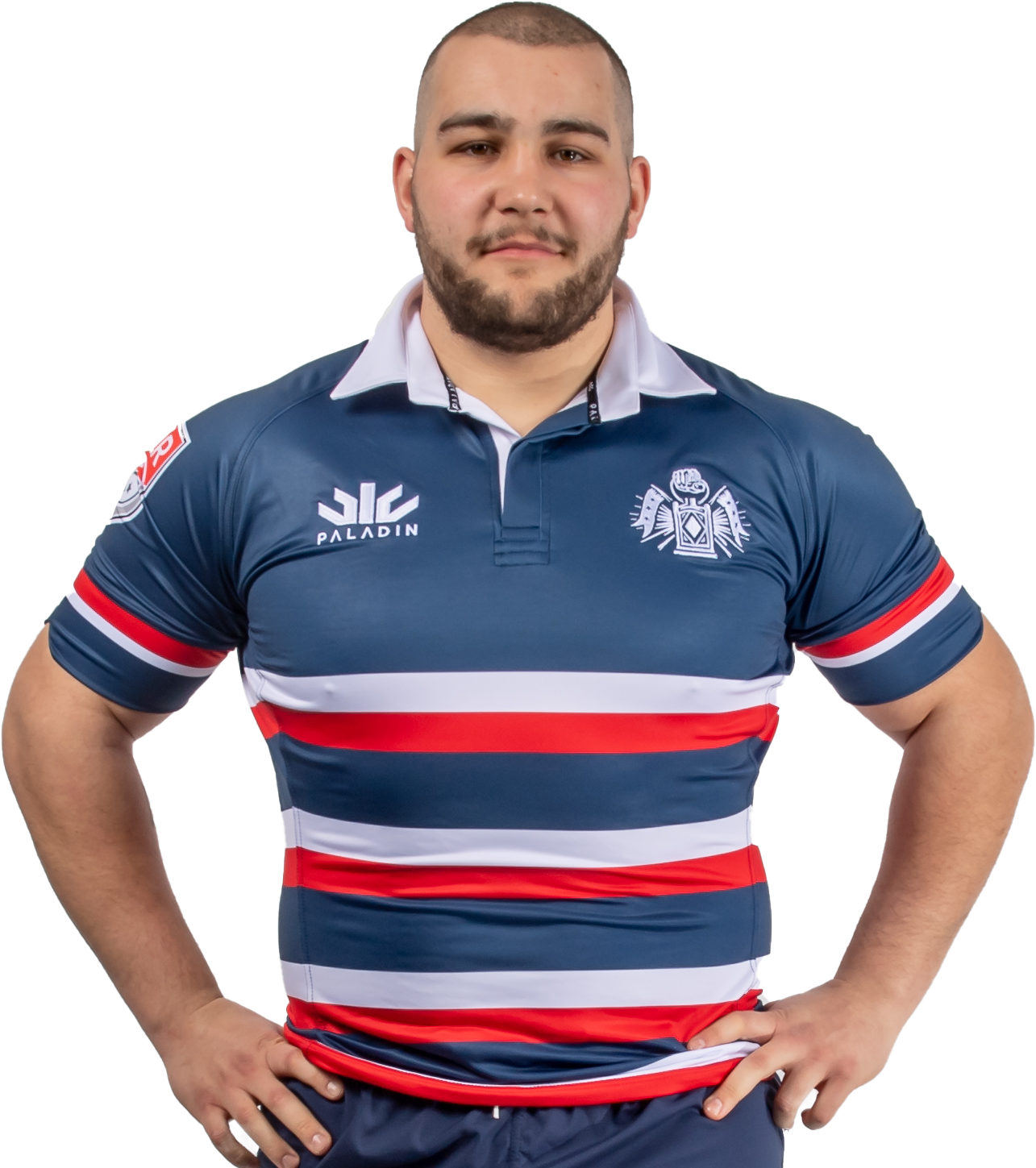 Simon is a 23-year-old 6’0” 260 lb prop who can play both sides of the scrum, although primarily a loosehead. Joining the Free Jacks this spring he was a great addition in the side’s competition in the Cara Cup becoming top of the table at effective attack breakdowns and scrums. Simon is originally from Laval, France, (before the French Revolution Laval was part of the province of Maine!) where he was selected to both the Under-19 and Under-20 National Teams, winning a U-20 European Champion (Grand Slam) and representing France in the Junior World Cup. Prior to joining the Free Jacks he competed in the MLR for Austin Elite. No surprise this rather fleet footed front-rower played tennis, judo, and table tennis growing up! Will be a great addition to the Free Jacks chef show, although we don’t think he can cook!