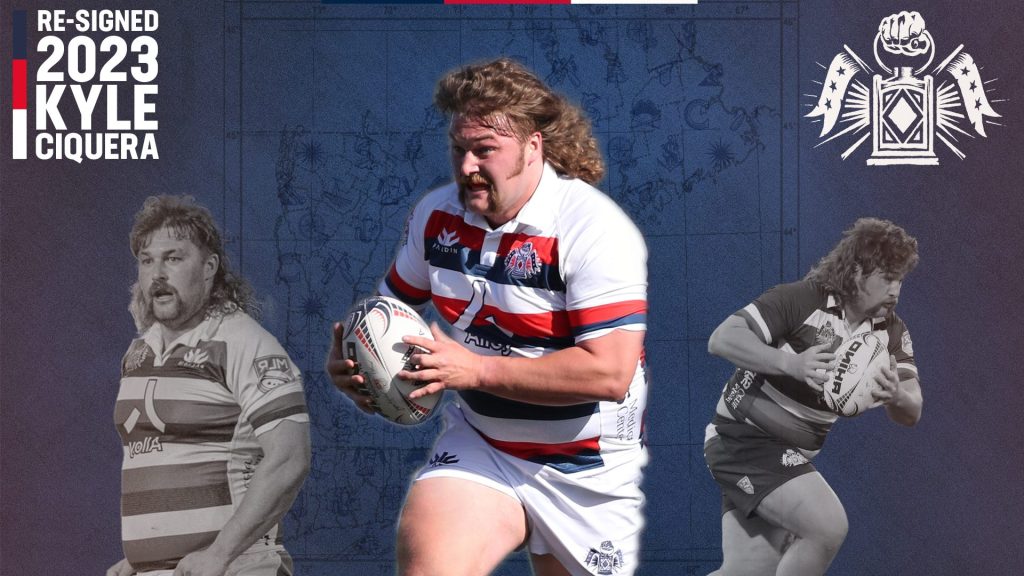 Quincy, MA — September 21, 2022 — The New England Free Jacks are excited to announce the re-signing of Kyle “The Bald Eagle” Ciquera for the 2023 and 2024 seasons. Known both for his sensational mullet and take-no-prisoners physicality on the pitch, Kyle has been a fan favorite since he joined the squad back in 2019.

A 25-year-old native of Putnam, CT, Kyle attended Bishop Hendricken High School until 2015. He played football and hockey and picked up rugby in 9th grade. Kyle then attended St. Bonaventure University from 2015-2019, majoring in Finance, Business Administration, and Management. He was a three-time 1st team D1A Rugby East All-Conference, and a three-time Collegiate All-American. Since his debut in the Cara Cup exhibition matches of 2019, Kyle has shown tremendous growth in his playing ability and a determination to keep in lockstep with the increasingly competitive development of talent within the league.

During the 2022 season, Kyle had a breakout performance against the Austin Gilgronis early in the season that earned him a starting spot at loosehead prop in 9 other matches throughout the season.

“The ‘Eagle’ officially landed last season and established himself as a starting MLR loosehead,” said head coach Scott Mathie. “He has a surprisingly soft skill set for a man of his size which has helped his rise up the ranks. We are excited to be a part of his growth and look forward to progressing his game further. He has been here from the start and it is really special to have this home grown talent in our ranks.”

“I’m extremely excited to be returning on a two year extension and about what we’re going to be able to accomplish, especially with both the coaches (Scott Mathie and Mike Rogers) coming back,” noted Kyle. “I think we really built a lot of great things and drummed up a lot of passion last season, and next year the goal is to keep that going.”

Outside of rugby, some of Kyle’s passions include tacos, 80’s disco, and farm work.