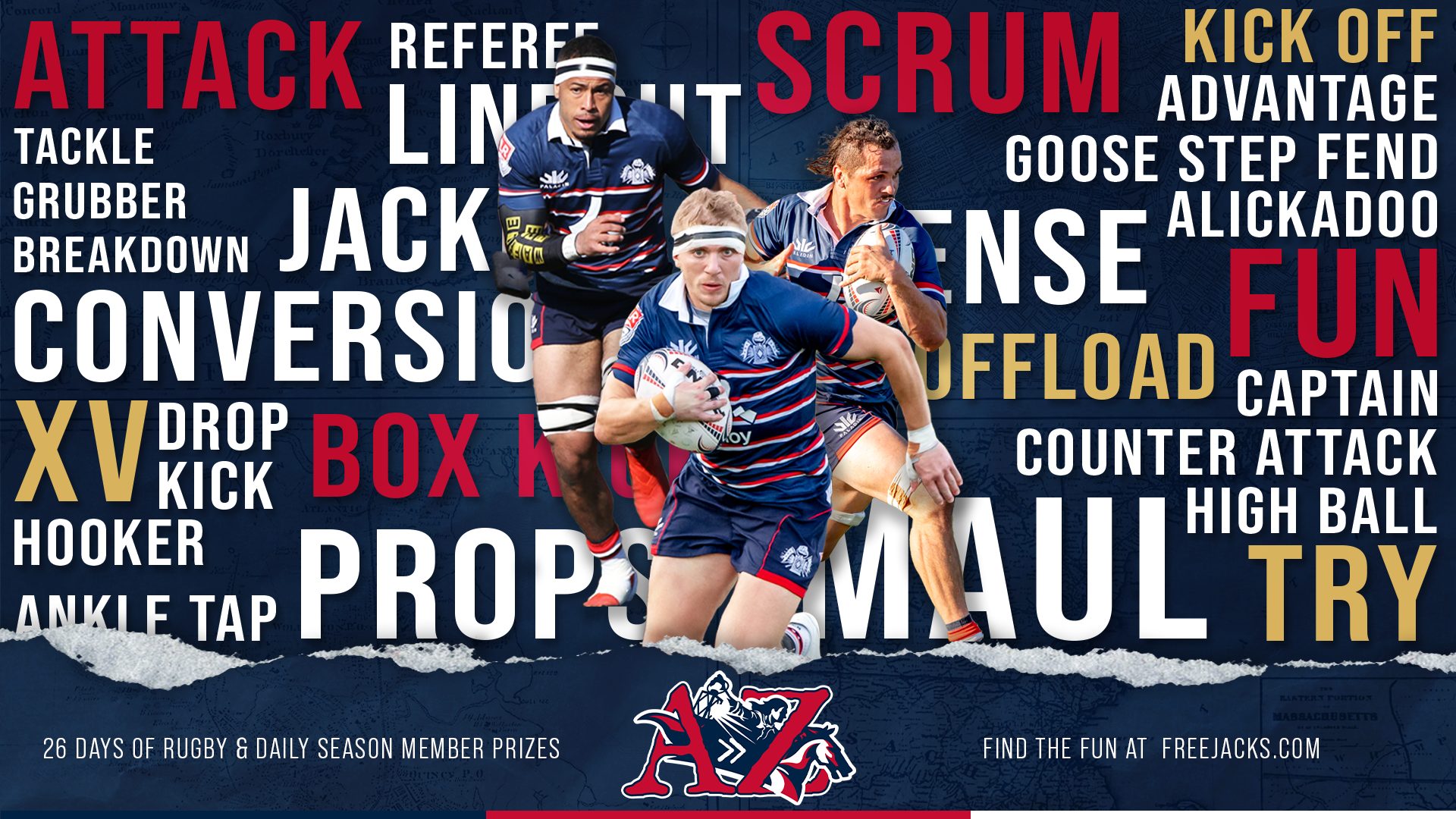 Introducing the 𝗙𝗿𝗲𝗲 𝗝𝗮𝗰𝗸𝘀 𝟮𝟲 𝗗𝗮𝘆𝘀 𝗼𝗳 𝗥𝘂𝗴𝗯𝘆 from A to Z to celebrate the great game of rugby and the fast approaching 2022 Major League Rugby season.

For 26 days, we will highlight the key terms you need to know on the rugby pitch. To say thank you to our amazing Season Ticket holders, we’ll also be giving away exclusive prizes for each letter of the alphabet at the end of each week!

🔒➡️ Lock in your season tickets for 2022 today to take advantage of these great prizes! 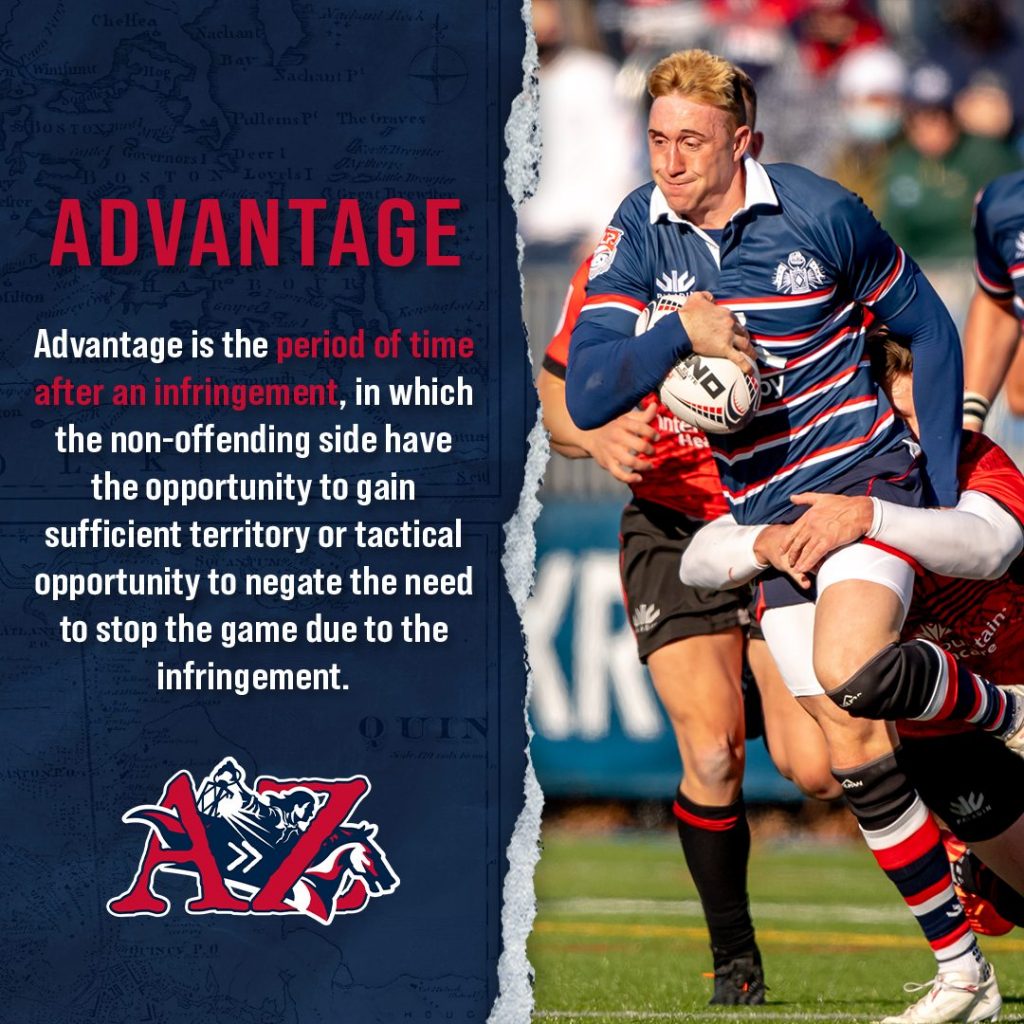 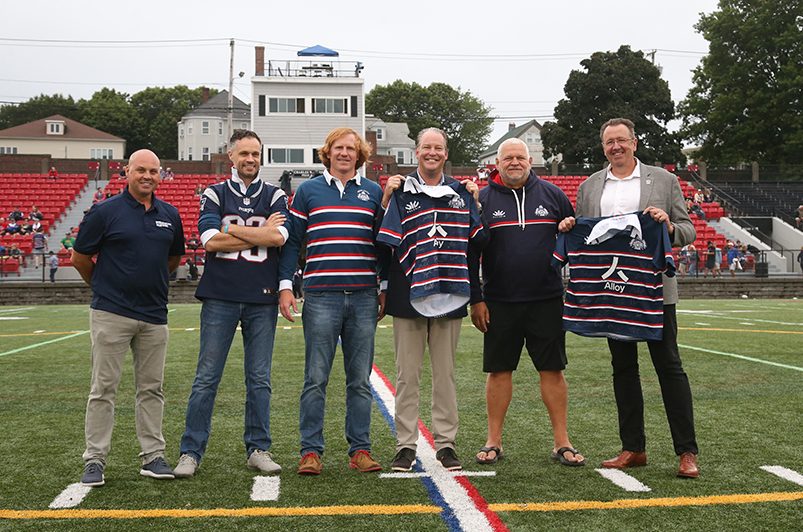 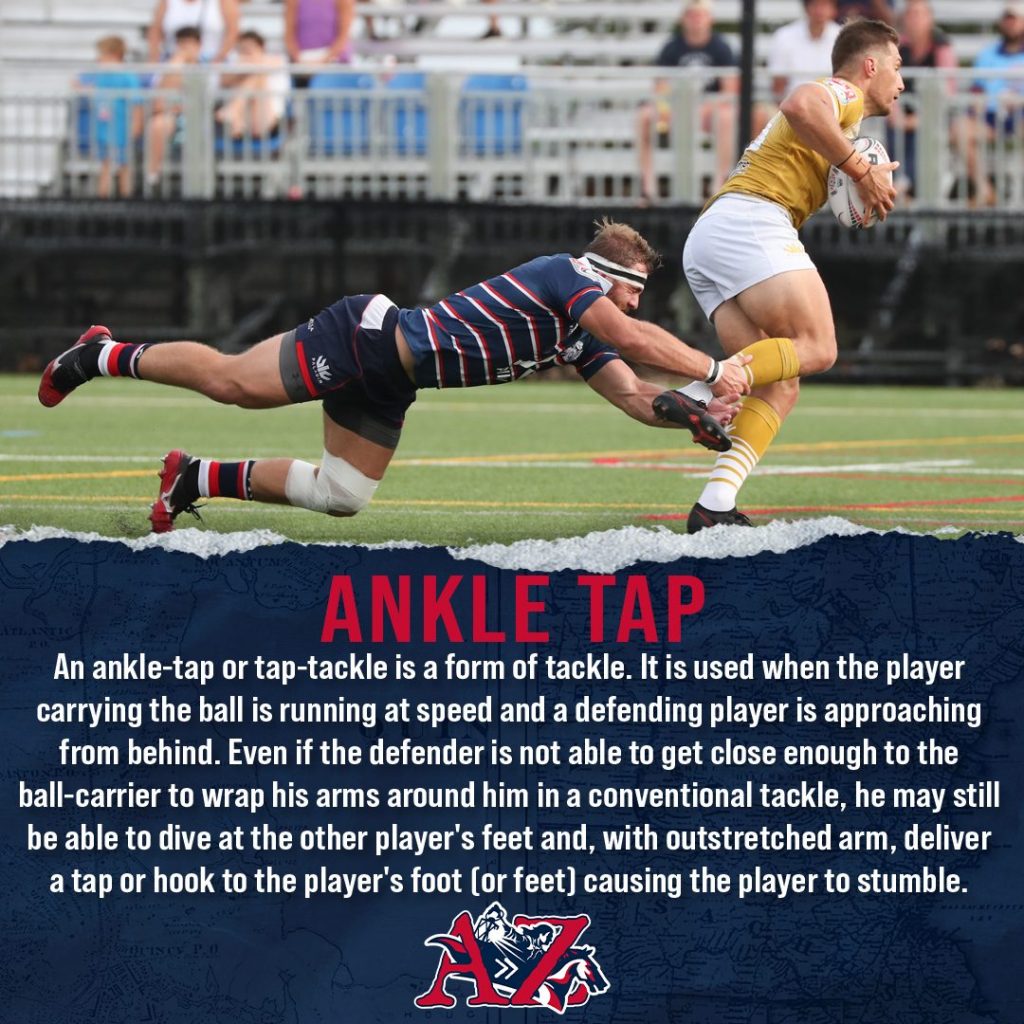 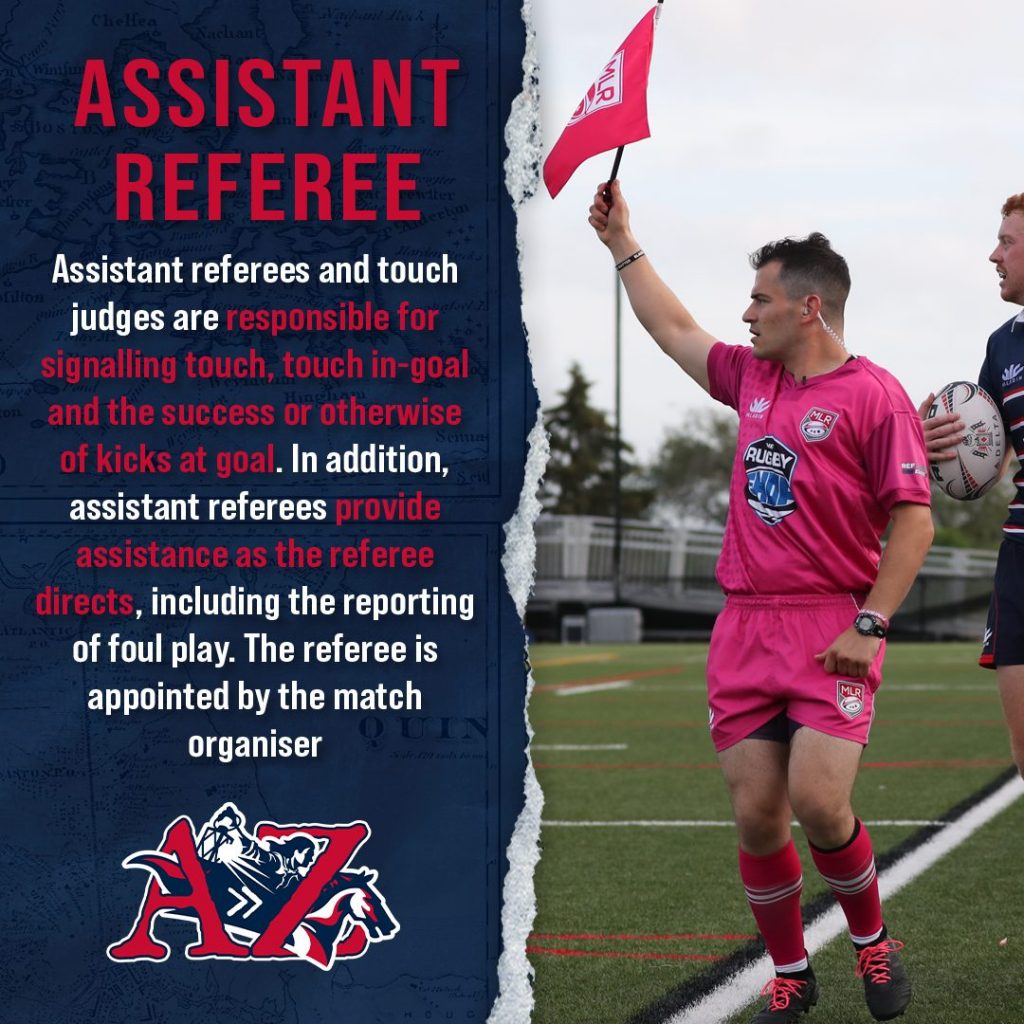 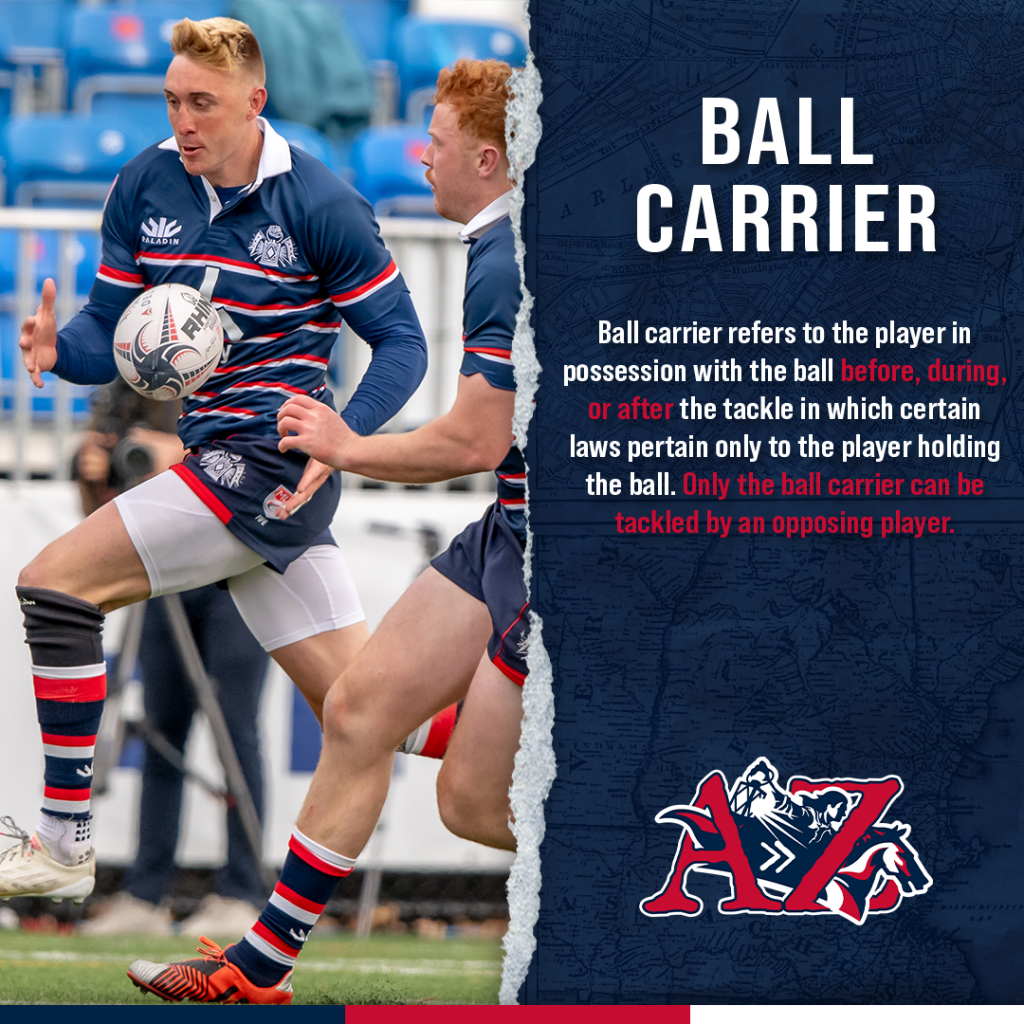 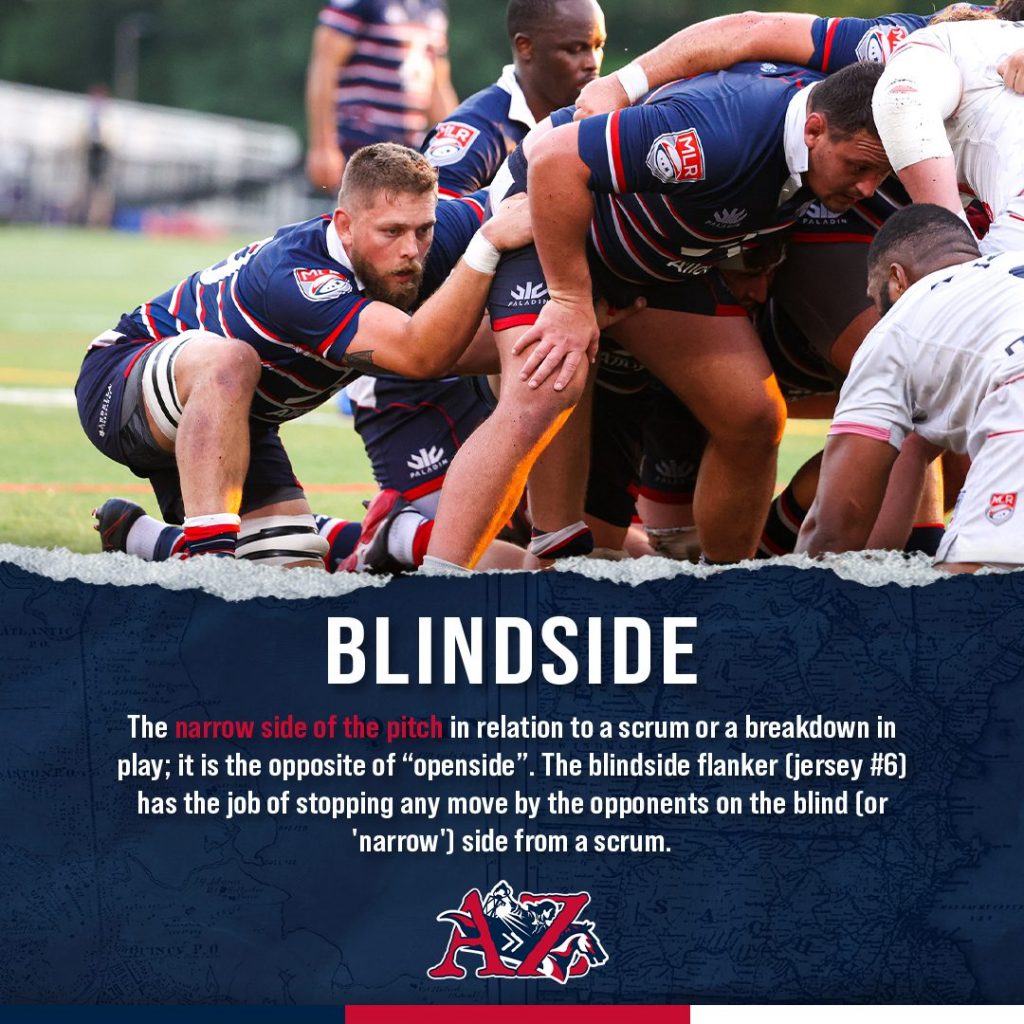 Blindside – The narrow side of the pitch in relation to a scrum or a breakdown in play; it is the opposite of “openside”. The blindside flanker (jersey #6) has the job of stopping any move by the opponents on the blind (or ‘narrow’) side from a scrum.

Blitz defense – The blitz is a defensive technique that relies on the whole defensive line moving forward towards their marked man as one as fast as possible, as soon as the ball leaves the base of a ruck or maul, cutting down time and space of the attack. The idea of this technique is to prevent the attacking team gaining any ground by tackling them behind the gain line and forcing interceptions and charged down kicks. However, the defending team can be vulnerable to chip kicks and any player breaking through the defensive line could have lots of space to play because the defense is running virtually full speed in the opposite direction and must stop, turn and chase. 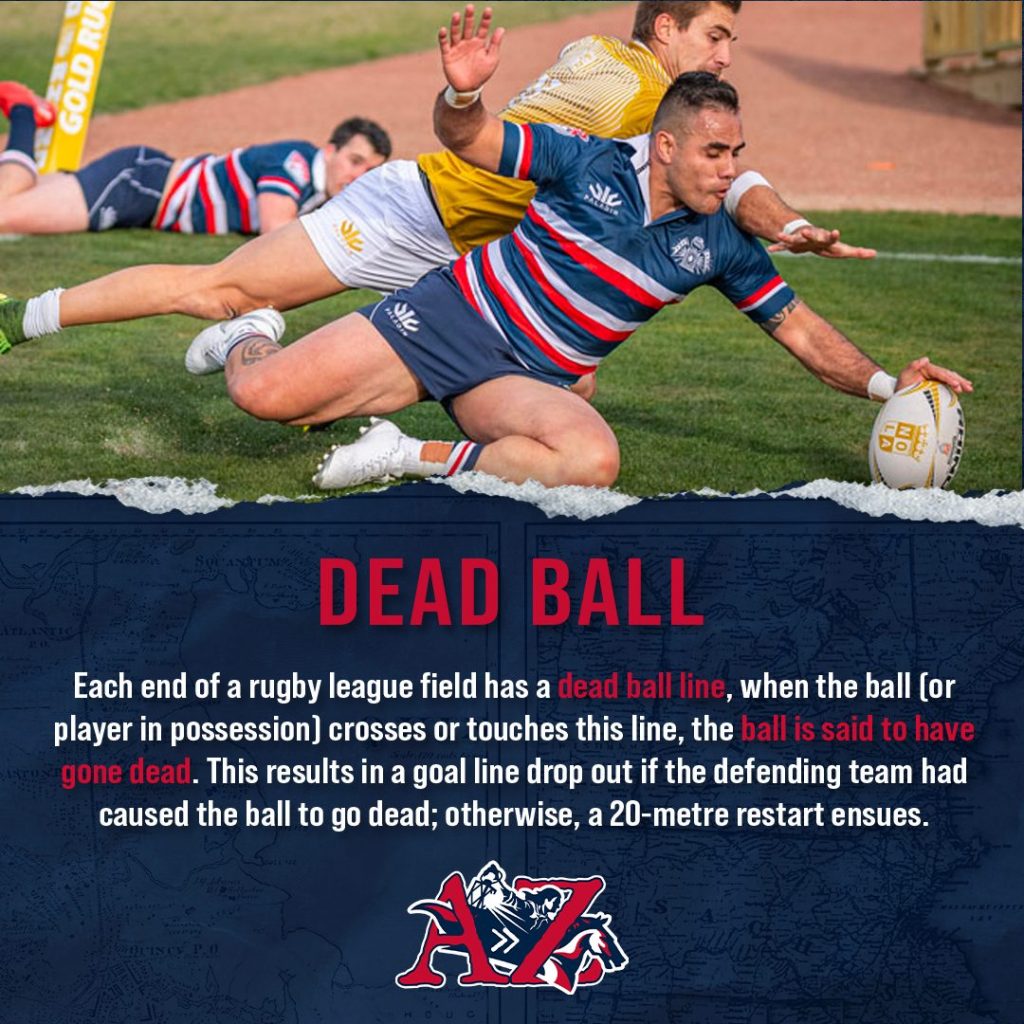 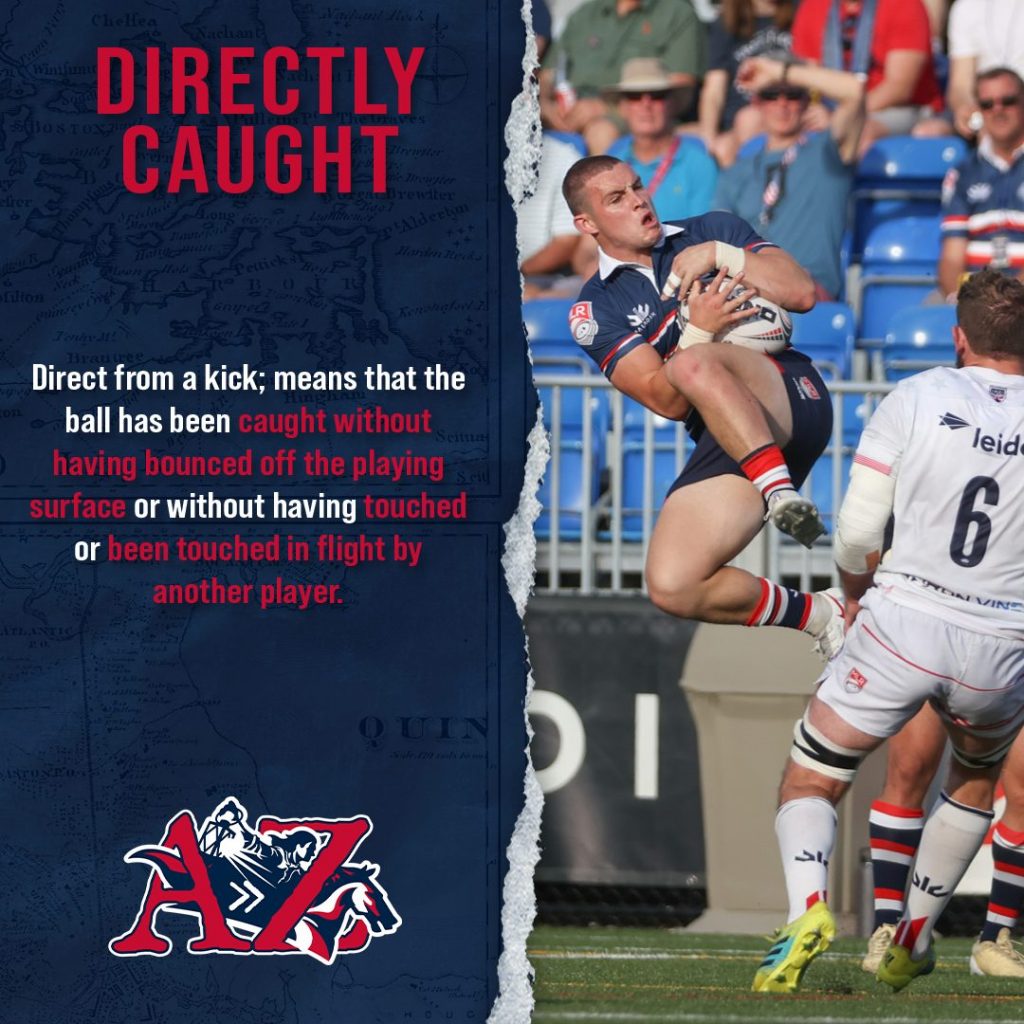 Directly caught – Direct from a kick means that the ball has been caught without having bounced off the playing surface or without having touched or been touched in flight by another player.

Drift defense – The drift defense is a defensive technique that forces the attacking side into an ever-shrinking pocket near to the touchline. It operates by the defensive side moving forward and diagonally following the path of the attacking side’s ball movements. If used successfully the ball will usually end up in the attacking winger’s hands near the line of touch. This player would then find themselves surrounded on one side by a defending outside centre, with the opposing winger opposite and the touchline on his other side. This will prevent a cut-back and allows the Touchline to act as a 16th player. Its disadvantage is that if the attacking team are strong enough to break through the pocket tackle the defending team will have no players spare to cover a breakout.

Dummy pass – An offensive ruse, where the ball carrier moves as if to pass the ball to a team-mate, but then continues to run with the ball himself; the objective is to trick defenders into marking the would-be pass receiver, creating a gap for the ball carrier to run into.

Dummy runner – Another offensive tactic; a player on the attacking team runs towards the opposition as if running onto a pass, only for the ball to be passed to another player, carried on by the ball carrier or kicked forwards. As with a dummy pass, this tactic draws defenders away from the ball and creates space for the attacking team.

Dump tackle – It is a tackling technique. The tackler wraps his arms around the ball carrier’s thighs and lifts him a short distance in the air before forcibly driving him to the ground. The tackler must go to ground with the ball carrier for the tackle to be legal. This technique is useful to completely stop the opponent in his tracks. A dump tackle which drops the ball carrier on his head or neck is known as a spear tackle, and will almost invariably concede a penalty and possibly result in a caution for the tackler.

Goose step – A goose step, made famous by Australian David Campese but now performed by many players, is a running technique where the player slows down and takes a small ‘hop’ into the air before sprinting off – sometimes in a different direction – upon landing. Its purpose is to confuse the defender, who is often unable to predict the sudden change of pace and direction.

Grand slam – In rugby union, a Grand Slam (Irish: Caithréim Mhór. Welsh: Y Gamp Lawn. French: Grand Chelem) occurs when one team in the Six Nations Championship (or its Five Nations predecessor) beats all the others during one year’s competition.

Grounded – The ball can be grounded in-goal: By holding it and touching the ground with it; or By pressing down on it with a hand or hands, arm or arms, or the front of the player’s body from waist to neck.

Grubber kick – It is a type of kick which makes the ball roll and tumble across the ground, producing irregular bounces making it hard for the defending team to pick up the ball without causing a knock-on. It gives the ball both high and low bounce and on occasions, the ball can sit up in a perfect catching position. 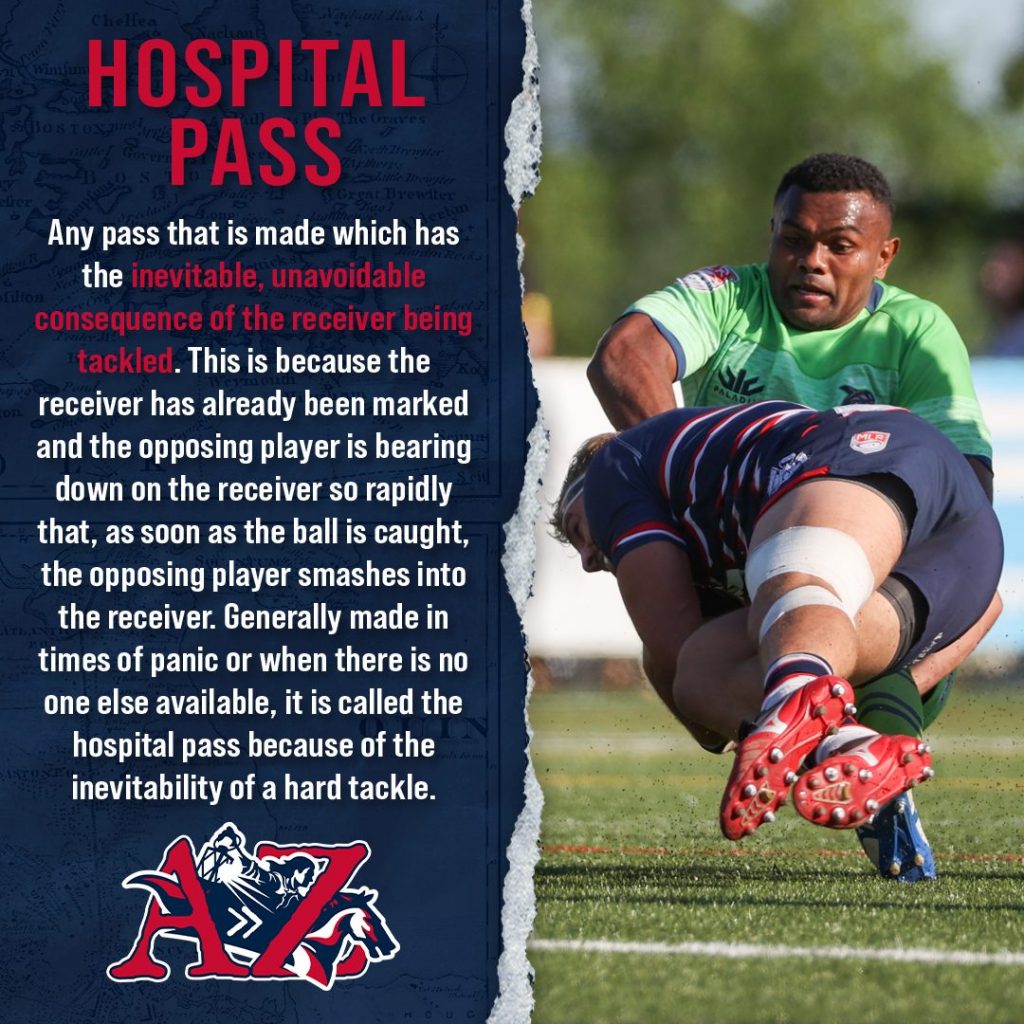