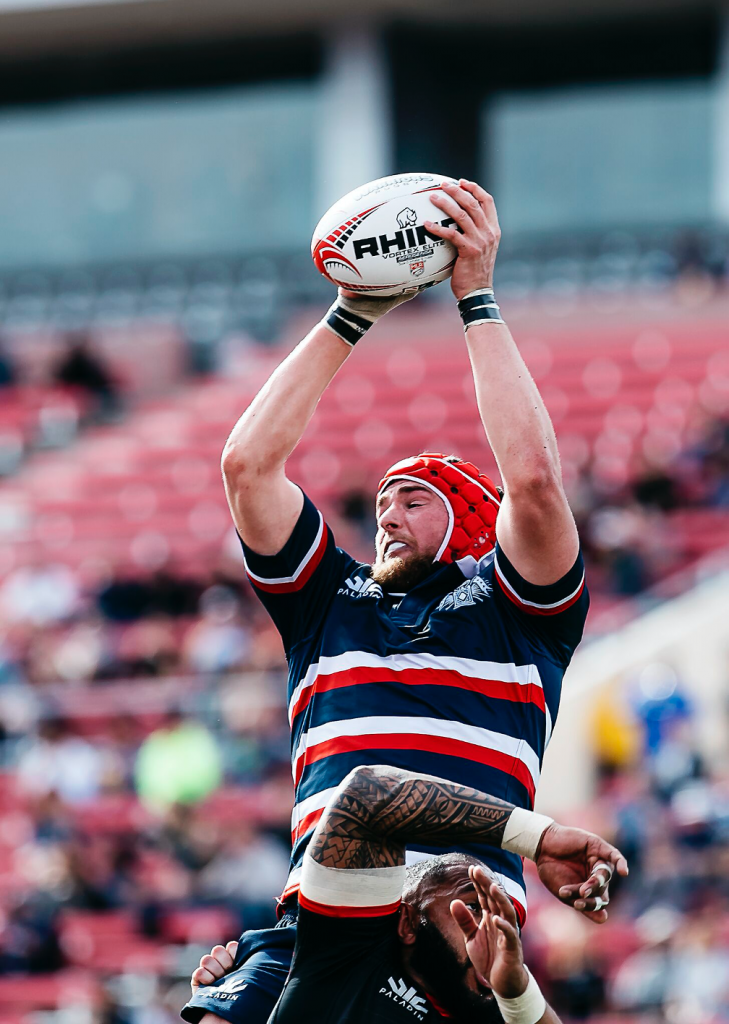 Legend has it that in 1823, during a game of school soccer in the town of Rugby, England, a young man named William Webb Ellis picked up the ball and ran towards the opposition’s goal line.

Two centuries later, rugby football has evolved into the world’s second most popular sport, with millions of people playing, watching and enjoying the game. At the heart of rugby is a unique ethos which it has retained over the years. Not only is the game played to the laws, but also within the spirit of the laws.

Rugby is a game in which the object is to carry the ball over the opponent’s goal line and force it to the ground to score.

Two teams of 15 players have 80 minutes to advance the ball past their opponents’ side of the field (pitch) and touch it to the ground for a score worth 5 points (try). Participants may only pass the ball backwards or sideways with no blocking allowed. Players must use a variety of phases such as lineouts, mauls, rucks and scrums to retain possession and advance the game towards the oppositions tryline (endzone). Rugby is unique in that play is continuous even after players are tackled on the field. Kicking is the only method by which both teams may move the ball forward.

After each try, worth 5 points, the scoring team is allowed an opportunity to kick the ball through the posts for an additional 2 points (conversion). Certain penalties also earn the non-offending team a kick through the posts, worth 3 points (penalty) if made. At the conclusion of the match, the team with the most points wins.

Though rugby players don’t wear pads or helmets, the techniques and rules of the sport make impact much safer. Rugby players are taught to use their arms and shoulders when making contact with opponents, earning serious repercussions for any contact above the shoulders and other dangerous styles of play. Players caught disregarding these rules receive a yellow card and are forced to sit on the bench for ten minutes. Serious offenses can result in a red card, with the chance of suspension.

TRY – the main objective of the game, to touch the ball down in the opponent’s in-goal area (tryzone) for a score worth five points. Unlike American football, the ball must be touched to the ground for the points to be awarded. Tries are the origin of touchdowns in American football.

TRY-ZONE – the in-goal area where tries are scored.

LINE-OUT – A means of restarting play after the ball falls out of the field of play (touchline). Forwards assemble in a line on each side where one team’s hooker throws the ball straight in the middle. Each team uses various formations to lift players up.

SCRUM – Scrums are used to restart play after a technical infringement (e.g. a knock on). There are eight players per team in the scrum who compete for the ball.

CONVERSION – a kick worth an additional two points offered to the scoring team immediately after a try. Conversions must be kicked in line with where a try was scored.

PENALTY – a kick worth three points awarded to a non-offending team when their opposition commits a penalty.

TOUCHLINE (similar to sideline) – when the ball moves out of bounds or outside the field of play.

KNOCK ON – Losing, dropping, or knocking the ball forward from a player’s hand resulting in the ball being awarded to the other team in a scrum.

TACKLE – A tackle occurs when the ball carrier is brought to the ground and held by one or more opponents. A ball carrier must release the ball immediately following the tackle. Unlike American football, play does not stop when tackles are made.

RUCK – A ruck is when the ball is on the ground and at least one player from each team closes around it while on their feet. The ball cannot be handled in the ruck, players must move it until it reaches a teammate’s hindmost foot and can be picked up.

MAUL – When the ball carrier is held by one or more opponents and one or more of his or her teammates bind on as well. The ball must be off the ground.