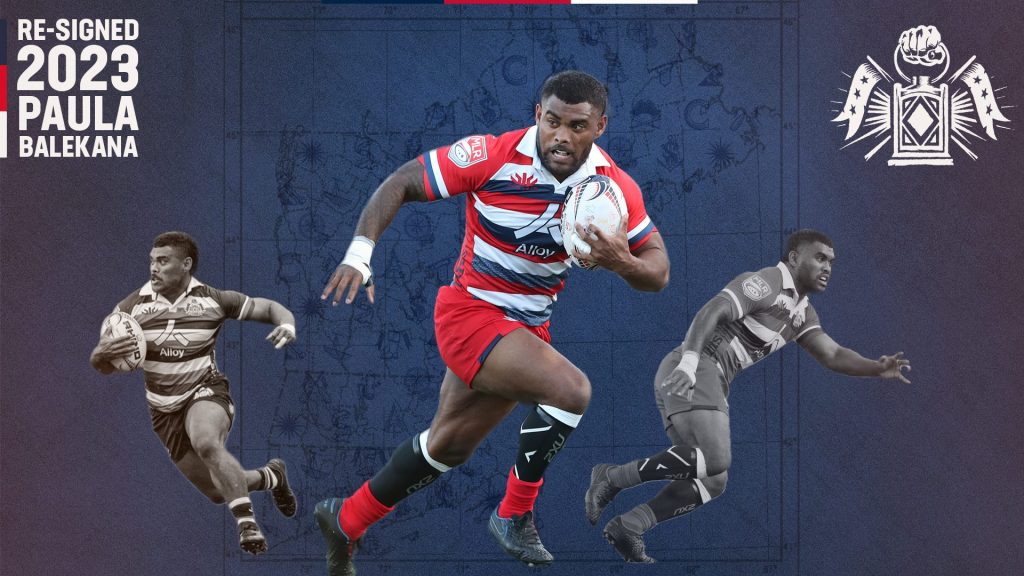 The Free Jacks are excited to announce the re-signing of the hard-running winger, Paula Balekana, on a one year contract. At 5’10”, 225lbs, Balekana is a sizable back who has already proven himself to be one of the most impactful players in the MLR.

Growing up in Wainibuku, Fiji, Paula had been playing rugby since his youth. Balekana was offered a scholarship to play for Kelston Boys High School in New Zealand, where he also played for the likes of Waitemata Rugby Football Club and Auckland Sevens. In 2016, Palekana moved to Australia where he played for Gordon in the Shute Shield, becoming the team’s leading try scorer, something he has become accustomed to over the years. He then played for the Sydney Rays the following year in the National Rugby Championship. Balekana’s talents brought him to Parma, Italy in 2018 to play with Zebre Rugby in Pro 14 as well as the European Challenge Cup.

Paula finally made an electric MLR debut for the Houston backline in 2021, quickly proving himself to be one of the most lethal attacking backs in the league, finishing the season the team-leading try scorer, crossing the line on 6 occasions. A serious threat with the ball, Paula ranked 1st in the league in both line and tackle breaks picking up 21 and 64 respectively.

Upon being picked up by the Free Jacks in 2022, Paula continued his dominance with ball in hand, and seeing him breaking lines and dotting the ball between the posts has become a familiar sight at Veterans Memorial Stadium. With 6 tries and over 1000 carry meters, he was vital to the team’s success and looks to carry that over into 2023.

“Paula had a very good first year with us highlighted by the improvement in his performances the further the season went on,” said head coach Scott Mathie. “His ability with ball in hand provides us with the x-factor and finishing ability needed from a top end winger. He brings a lot of joy to the environment and we believe that next season will yield even more fruit from our Fijian Flyer.”