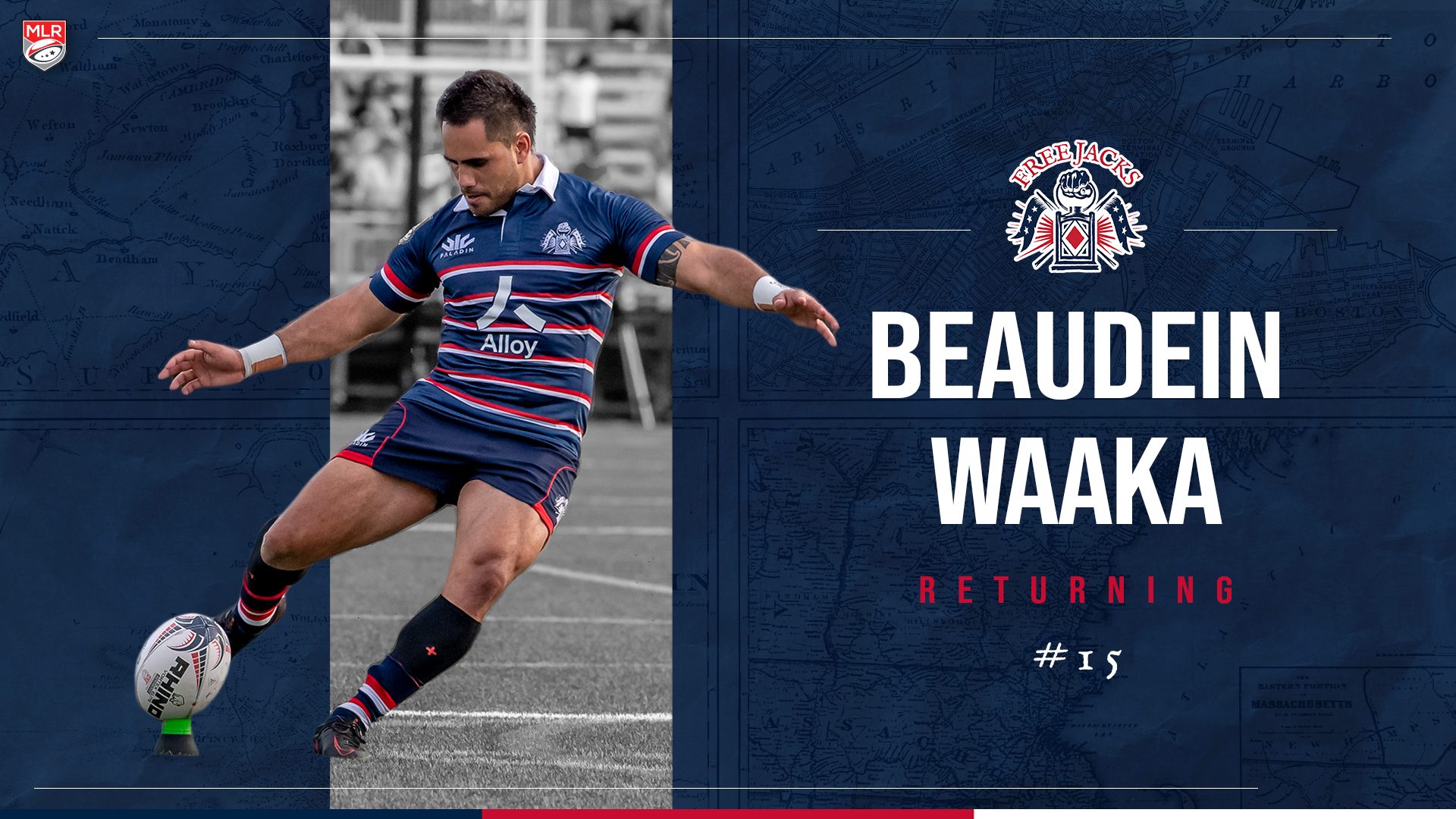 Boston, MA — November 1, 2021 — The Free Jacks are pleased to welcome back outstanding and versatile back, excellent team leader and New England fan favorite, Beaudein Waaka. At 5’11, 230lbs, the former New Zealand All Blacks 7s star looks to tear up the pitch from any spot in the backline.

Waaka is coming off of an electric 2021 season. As one of the most active backline players in the MLR, the Free Jacks vice captain’s impressive stat sheet continued to showcase his impact on the field as the season progressed. Much of his success can be attributed to the power and accuracy behind Beaudein’s boot. Waaka ranked 4th in the league in points scored, accumulating 105 points in 2021, due largely in part to the 38 goals kicked between the posts throughout the season. He also ranked 4th in the MLR in kicking meters with 3,380m.

Not only was Waaka an elite kicker but also a pest for defenses to take down. The fleet-footed back showcased his dynamic footwork to break his opponent’s defensive line on 9 occasions and broke 28 tackles. Beaudein’s speed and evasiveness is part of what made him such an elite offensive weapon this past year.

“Beaudein stepped into a leadership role where he took ownership and excelled during 2021 and has become a fan favorite during his time in Boston as result of his enthralling style of play,” exclaims Free Jacks Performance Manager, Tom Kindley. “A very talented athlete, Beaudein is also vastly experienced, nearing 50 NPC games in New Zealand (Taranaki and Waikato) and having spent three years representing the All Blacks sevens side.”

“Beaudein’s experience and skill set makes him hugely threatening within the MLR and we look forward to seeing him go to another level within the competition off the back of what has proven to be a quality NPC campaign with Waikato.”

Born in Whakatane, New Zealand, Waaka made his first appearance in the Mitre 10 Cup for Taranaki in 2013 before moving on to represent the Taranaki Bulls. In 2015, Waaka then earned selection to the New Zealand All Blacks 7s squad in the World Sevens Series. His combination of pace, power, and vision were on full display during his debut at the 2015 Wellington’s tournament, scoring two tries and converting eight more as he helped the All Blacks claim the Wellington 7s Championship.

The impact Waaka had in New England was incomparable, both as a leader on and off the field, and as an impressive player who exceeded expectations on game days. Look forward to another quality performance from the star New Zealander in the upcoming 2022 season.