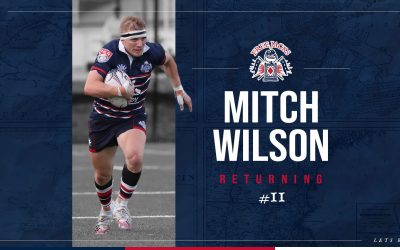 Mitch Wilson Gears Up For More With New England 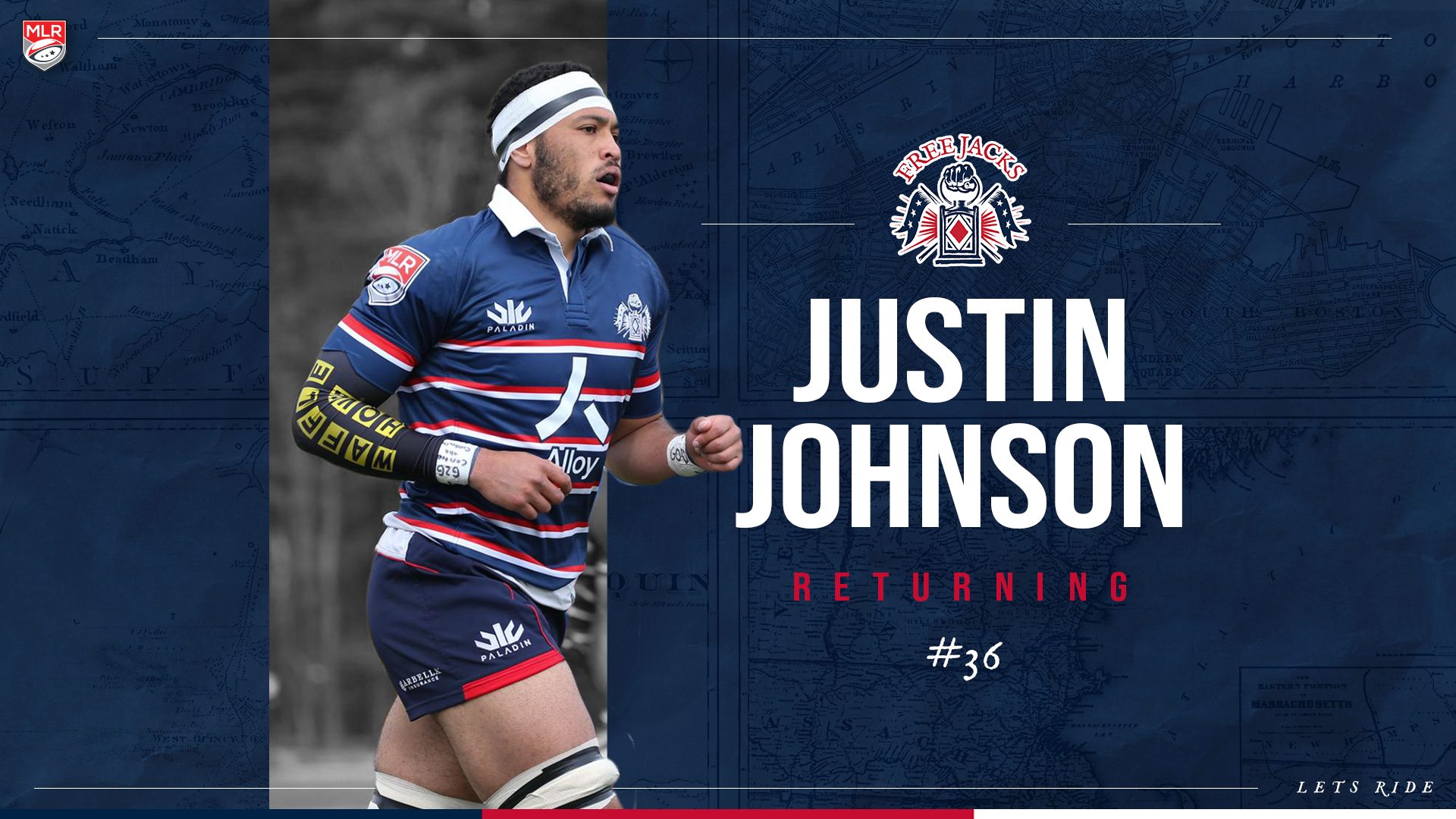 Boston, MA — October 8, 2021 — Looking to build upon a solid 2021 season, back row player Justin Johnson sets his sights on the second year of his Free Jacks contract. The athletic 6’2 215lb flanker became a reliable force in the scrum this past season and plans to continue his success on the field next spring.

Playing in nearly every regular season game, “JJ” was extremely productive playing his role in the forward pack. With 67 successful tackles and 3 being dominant tackles, Johnson was a fundamentally sound defensive player on the pitch. His precision and work ethic on the field is what led Johnson to a starting spot in the lineup week after week.

“Justin arrived as the New England Free Jacks first ever draft pick and quickly impressed, demonstrating his ability to learn, and attention to detail. This culminated in a starting spot in round 2 against the Houston Sabercats,” emphasized Free Jacks Performance Manager Tom Kindley. “A methodical and talented athlete, JJ made quick strides in his game showing a nice array of soft touches, aerial ability and capacity to thrive in contact during the 2021 season. We are looking forward to JJ’s continued developments in 2022.”

Born and raised in southern California, Johnson first started playing rugby as a sophomore in high school. He then moved on to play his four collegiate years at Life University, where he won Collegiate National Championships with the team in 2018 and 2019 alongside teammate and current Free Jack back three, Mitch Wilson. Johnson has amassed a wealth of awards and recognitions throughout his pre-professional years including being named a High School All American in 2016, Collegiate All American in 2019, and earning a Mid-South All Conference spot in 2019 and 2020.

It isn’t easy playing flanker across from a star counterpart in Joe Johnston each and every game, but Justin has consistently improved match by match and proved his worth. Look forward to Johnson making a serious impact in the upcoming season.
About The Free Jacks:  The Free Jacks are an aspiring and innovative live events, media, and consumer products organization. The core brand in the portfolio is The New England Free Jacks, the humble hard-working free-spirited professional rugby team competing in the emergent and exhilarating Major League Rugby (MLR), the premier North American professional rugby competition. For more information please visit www.FreeJacks.com