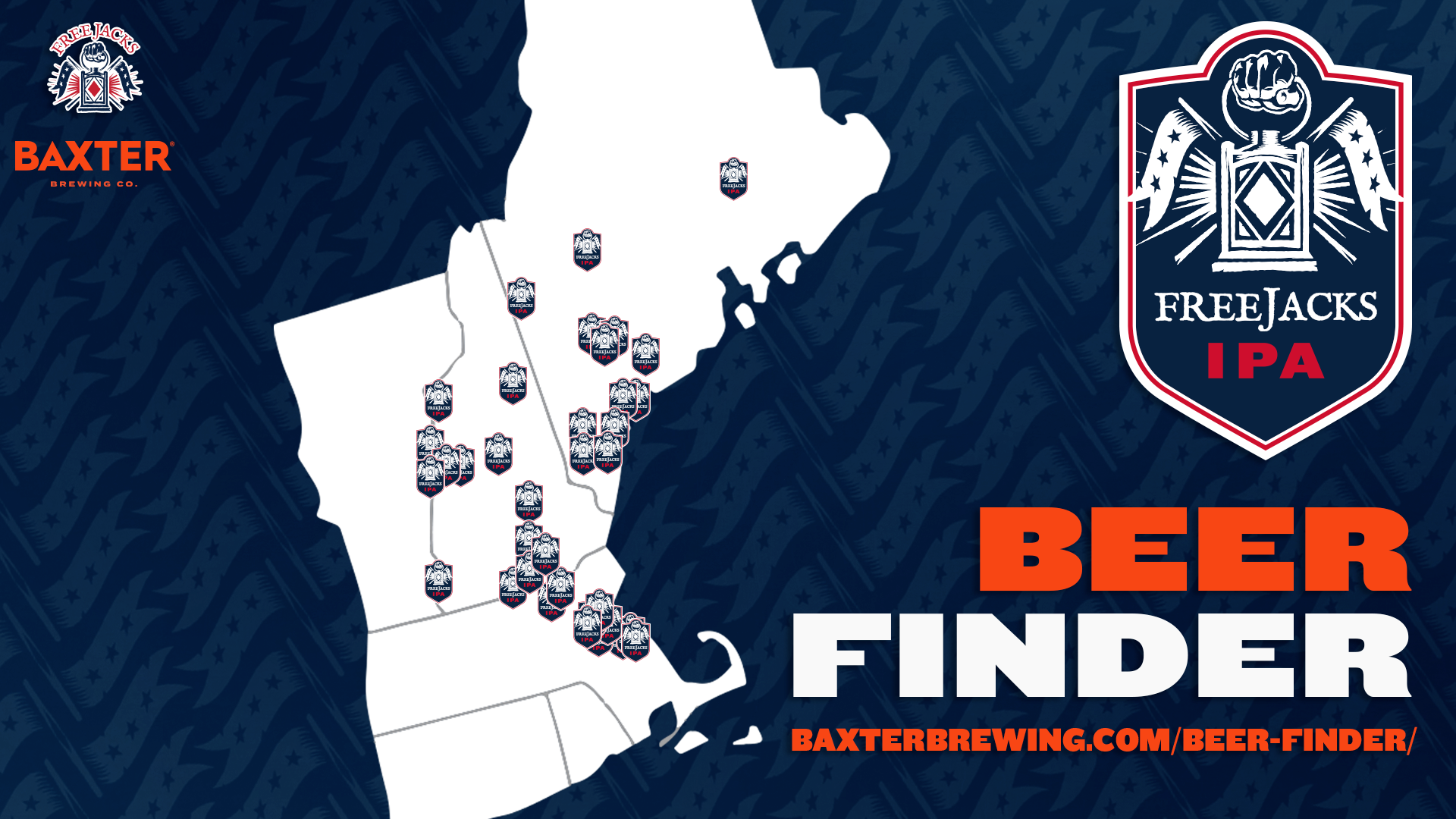 “The Free Jacks are lighting the way in New England and have created an exciting atmosphere for their passionate and growing fan base,” commented Baxter Brewing President, Jenn Lever. “We are thrilled to continue to bring the extraordinary IPA to an increasingly infectious crowd across New England and at Free Jacks home matches. There is just something about rugby as a sport that gets your blood pumping, heart racing, and skin covered in dirt and sweat that we can’t get enough of in the northern wilds of Maine.”

The Free Jack IPA is a delicious blend of East and West-Coast IPA styles and features the newly popular and sought-after Strata hops. It’s packed with tons of tropical fruit flavor and rich aromatics held together in a beautiful, clean presentation. It’s a proud addition to the Baxter Brewing lineup and is sure to be a hit on match day at the Free Jacks stadium.

“It’s a beautiful IPA that will be celebrated as we come together at the Free Jacks match festivals this season,” stated Free Jacks Co-Owner and CEO, Alex Magleby. “Baxter is a wonderful partner for us, and we are thrilled to have them as part of the growing Free Jacks family. The excitement our Founding Members and fans showed around the launch of the Free Jacks IPA in 2020 was electrifying and I don’t think they could stock the shelves fast enough year-round; certainly not near me. The Free Jacks IPA perfectly captures our fellowship and the camaraderie of the world’s greatest game. Whether you’re a longtime rugby fan or new to the sport, you’ll love the New England and rugby values inspired Free Jacks IPA by Baxter.”

The Free Jacks begin their 2021 Major League Rugby campaign on March 20th in Los Angeles. The New England-based professional rugby team will play its home opener at Union Point Stadium in Weymouth, Massachusetts, on April 3rd against the Utah Warriors. The Free Jacks will host 8 home matches through the 2021 season and fans can meet up at the Baxter Brewing pub at the stadium.

About Baxter Brewing Company: Baxter Brewing Company is the third-largest brewery in Maine by volume and is the first brewery in New England to offer its entire lineup exclusively in cans. Baxter brews beer for a sense of adventure, with grit and integrity. Enjoy these all-season, any-weather beers at The Pub (next door to the Baxter Brewery in the historic Lewiston Bates Mill) or on the trail (during an outdoor event produced by Baxter Outdoors). The Baxter family of beers, spearheaded by flagship brew, Stowaway IPA, has propelled Baxter Brewing to its current standing as an award-winning, 20K-barrel brewery and central Maine business staple.

About New England Free Jacks:  The Free Jacks are an aspiring and innovative live events, media, and consumer products organization. The core brand in the portfolio is The New England Free Jacks, the humble hard-working free-spirited professional rugby team competing in the emergent and exhilarating Major League Rugby (MLR), the premier North American professional rugby competition. For more information, please visit www.FreeJacks.comMajor League Rugby:  Major League Rugby (MLR) is a professional rugby league, launched in April 2018. It is an initiative of the American rugby community, in partnership with private investors, who believe that American rugby can thrive at the highest levels—as a commercial enterprise; as an influential player on the international scene; and as a participation sport at the youth and senior level. MLR is the pinnacle of American rugby, and provides a rallying point for local communities, a focal point for American rugby fans, and an aspirational destination for young athletes. For more information, please visit https://www.majorleague.rugby/.