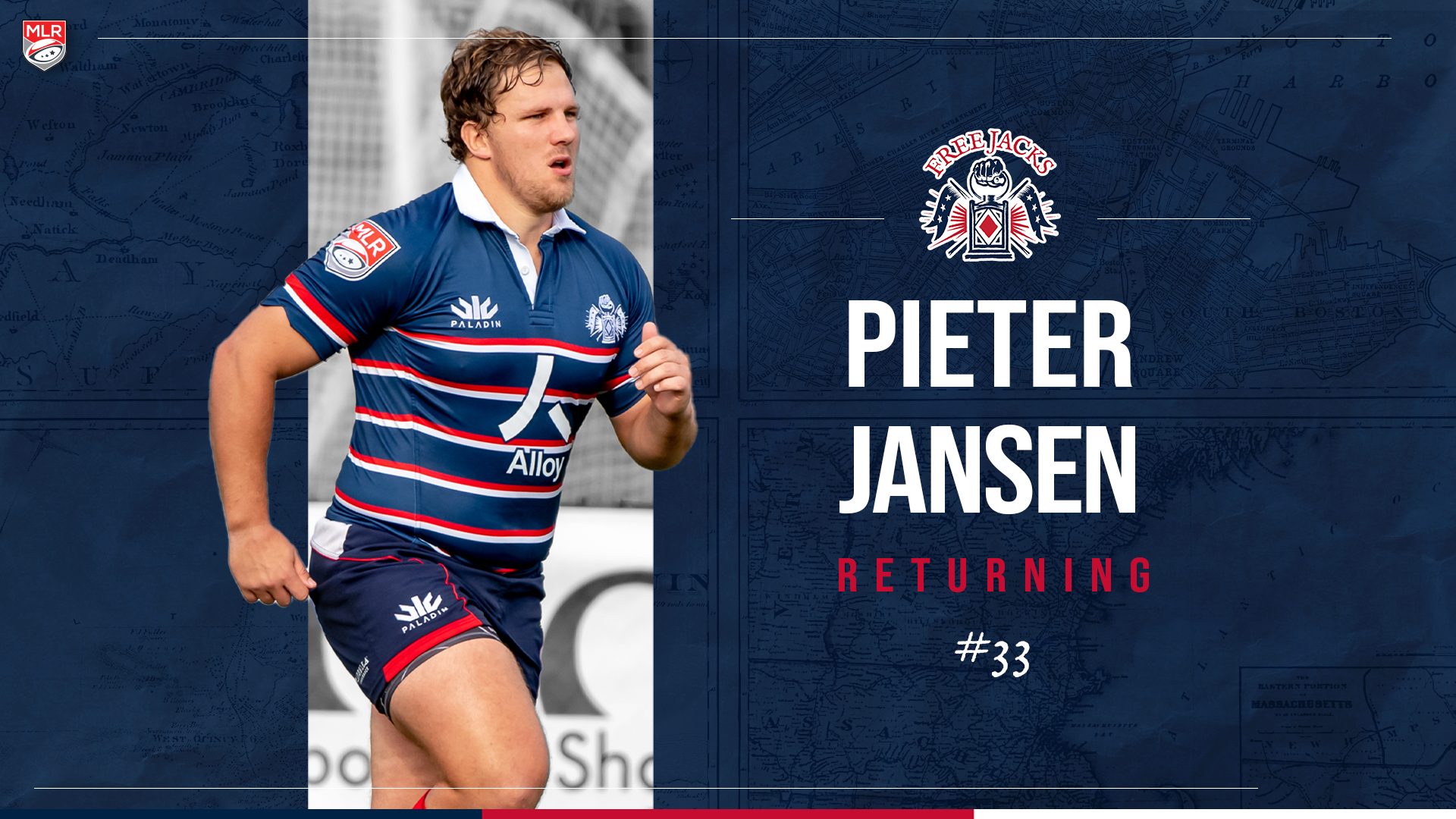 Boston, MA — November 8, 2021 — The Free Jacks are thrilled to welcome back a key piece of the New England forward pack, Pieter Jansen. The 6’0” 230 lb hooker was a force to be reckoned with in his first MLR season. The South African native looks to continue the positive trend in 2022.

Jansen was a reliable and important component of the Free Jacks front row last year where he demonstrated his skill within the set piece. Disciplined on defense, Pieter completed 119 total tackles during the season, with 5 considered dominant. Not only did the South African hooker hit hard, he also showed a knack for finding the try-line, scoring 4 tries in 16 games played.

“Pieter enjoyed a strong debut season and we are delighted to have him back for a second year to see him continue to be a leader within what is a strong core of returning players,” Free Jacks Performance Director Tom Kindley commented.

“A top quality set piece operator, Pieter is also mature beyond his age and a fierce competitor. Lovingly referred to as the ‘old man’ of one of the team housing establishments last year, Pete brings with him a level of professionalism and leadership that he is respected for within the team and raises the standard of those around him.”

Before arriving in the MLR, Jansen was making a name for himself with the Emirates Lions during the ‘19 and ‘20 Super Rugby season, earning a total of five starts for the storied franchise. Prior to his time in Johannesburg, Jansen was a consistent selection for the Golden Lions in the Currie Cup, South Africa’s premier domestic competition. Pieter racked up a total of 20 appearances, with 14 starts, for the team, scoring four tries.

With the impact Jansen made on the pitch last year, the 26-year old’s presence on the 2022 Free Jacks roster bolsters the team with important qualities of leadership and determination. Keep your eyes open for this workhorse of a hooker as Jansen looks to take the New England pitch this upcoming season.