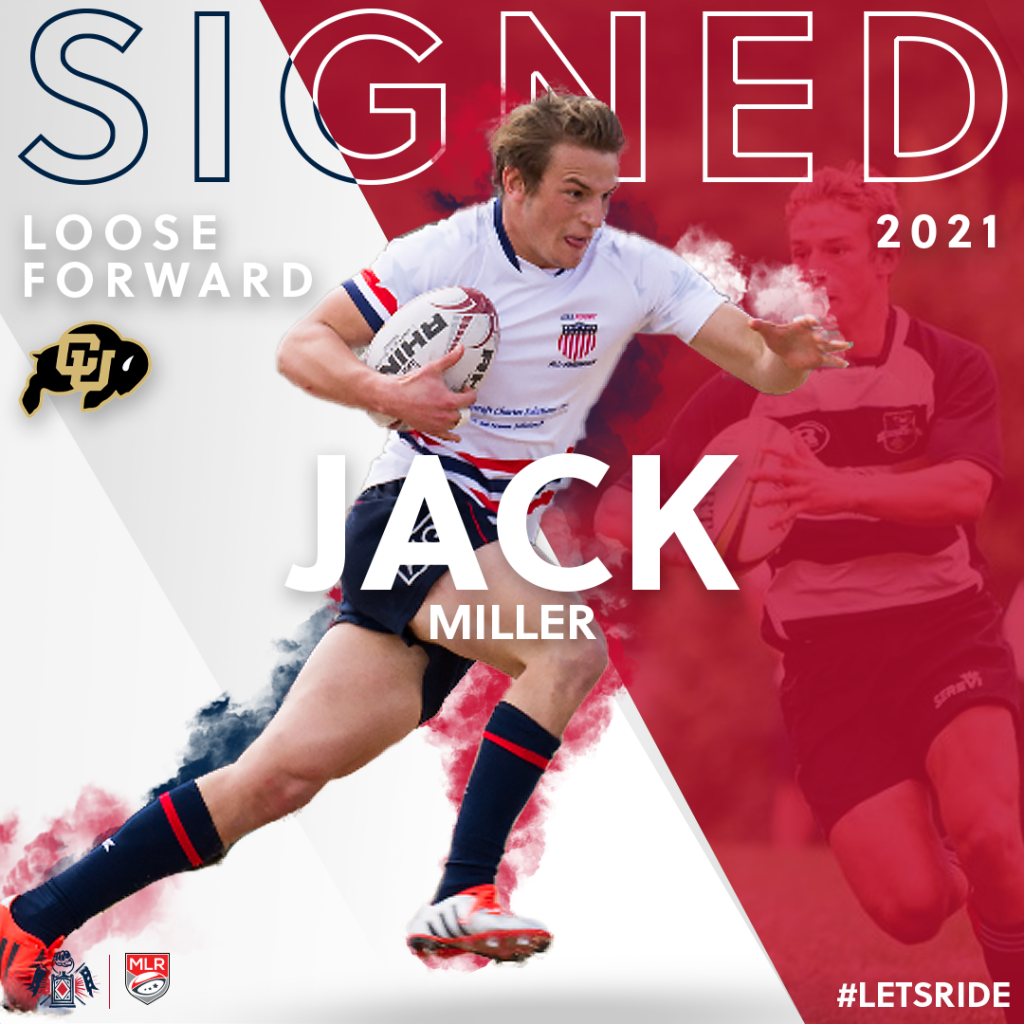 Free Jacks are excited to welcome Jack Miller to the squad for the 2021 season of Major League Rugby. Jack, a Brookline High School Graduate and local Bostonian will join the team as a dominant and exciting loose forward.

Jack graduates from the University of Colorado, Boulder with a degree in ethnic studies, and community engagement and leadership. While at Boulder, Jack earned rookie of the year and represented the USA in Under-19’s and Under-20’s. During the spring of 2018, Jack played for the Glendale U23 side, before the team dissolved.

Jack continued the development of his game while studying in London, playing with the amateur side of the London Scottish Lions.

Jack started playing rugby at age 10 in Hong Kong at Valley Fort Rugby football club. Moving back to the US a few years later, Jack continued with the Essex Bulldogs and represented Brookline High School.

“We are excited to get Jack back home. He has ties to Boston and brings a work ethic and breakdown specialty that will add a lot to our current roster,” commented James Willocks, Free Jacks Technical Advisor and former Men’s Collegiate All American Head Coach. “It’s exciting to see the development of a local player make the jump to MLR and we hope to further that growth for players like Jack.”

Jack will join the exciting draft selections from the 2020 graduating class.