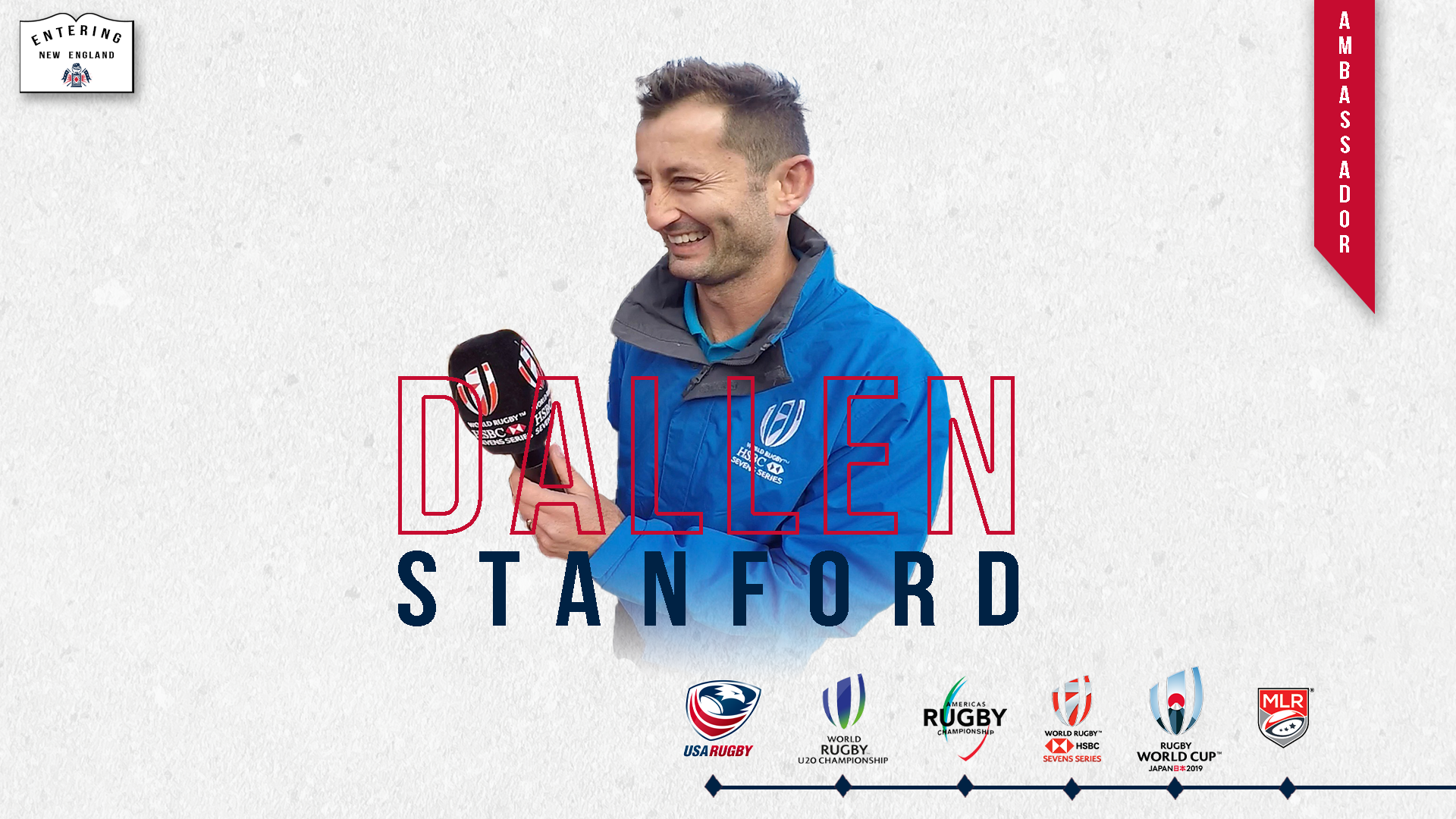 Position: Voice of the Free Jacks

Dallen started his rugby career at the University of Cape Town in South Africa and later moved to the U.S., winning 15s and 7s National titles with Belmont Shore RFC. Following his marriage with Verity (who is arguably the best commentator in their household) he represented the USA Eagles on the HSBC World Rugby Sevens Series from 2007 to 2009. In 2013 he captained Team USA at the World Maccabiah Games in Israel, leading the side to Gold in 7s and Bronze in 15s, as well as claiming Gold in 7s and Silver in 15s at the 2015 Pan American Maccabiah Games in Chile.

Extremely passionate about the power of sport, Stanford served as the Los Angeles Program Director for Play Rugby USA, expanding its reach from 6 to 150 schools. The amazing non-profit uses the unique power of rugby to empower and inspire youth, primarily from underserved communities, to go forward and realize their true potential. In 2014 Stanford was awarded the Athletes in Excellence Award by the Global Sports Foundation – which recognizes international athletes who reach beyond their sport to create a positive impact in the world.

Not just a player and an advocate, Stanford has coached numerous teams including the University of Texas at Austin, the Austin Huns and also helped Occidental College claim its first National title in 2013 by winning the NSCRO 7s at the Collegiate Rugby Championship.

Growing up in South Africa, Dallen’s father realized his son’s rugby talent, but also encouraged him to have other career interests outside of playing rugby. This is how he developed his love for commentating. At the age of 11, he began narrating loudly while playing rugby with his friends. However, his broadcasting career really took off in 2012 when he had his first opportunity to work as a sideline reporter then analyst in the commentary booth at Infinity Park in Glendale, Colorado.

Throughout his career, Stanford has provided his excitement and signature phrases for various events including the HSBC World Rugby Sevens Series, Americas Rugby Championship, World Rugby u20 Championship, Major League Rugby and the 2018 Rugby Sevens World Cup in San Francisco, California. He made history as the first South African and first American to announce a Rugby World Cup on the World Feed as one of four lead commentators selected by World Rugby to announce the 2019 Rugby World Cup in Japan.

Featured on “Best Commentary from Rugby World Cup 2019”, one of Stanford’s most famous

You can follow Dallen’s adventures @TheRugbyCorner on social media, and also listen to his Podcast the Rugby Hive at https://anchor.fm/rugbyhive