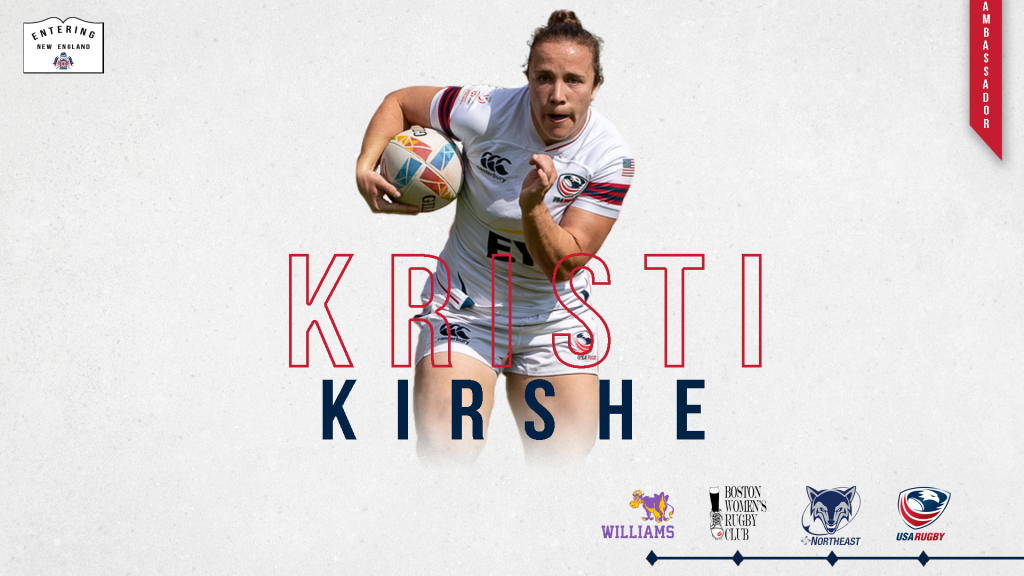 Born and raised in Franklin, Massachusetts, there are few athletes who are more proud of New England than she is, and is now living the Olympic dream she previously gave up on in high school because she chose not to focus on one sport.

Kirshe learned to make a proper tackle when she was 8 as a standout kid playing Pop Warner Football with the boys, among soccer, basketball, lacrosse, and baseball. Born and raised in Franklin, Massachusetts, there are few athletes who are more proud of New England than she is. Kirshe is now living the Olympic dream as a USA Rugby Women’s Sevens Resident in Chula Vista.

Kirshe opted to play soccer in college and after a standout collegiate career and competed in two national championships at Williams College. She helped lead the Ephs to the national title in 2015. Kirshe graduated from Williams in May 2017 with a bachelor’s degree in political science and took a job in Boston with the law firm Ropes & Gray to see if law school would be her next goal.

Kirshe picked up the game of rugby after graduating, when her high school friend suggested she try rugby with Boston Women’s Rugby Football Club. New to the sport, Kirshe stood out as a natural athlete and quickly built a strong foundation in the game.

Just 11 months after stepping on a rugby field for the first time, she made her USA Rugby national team debut at Sydney Sevens February 2019, scoring her first try in her debut world series tournament. By the end of the Sydney Sevens, she had scored another four tries, and the U.S. earned the bronze medal.

In 2020, Kirshe was named to the 2020 World Rugby Sevens Dream Team and is currently training for the Olympics at the Olympic Training Center in Chula Vista.

Kirshe is the co-host of Free Jacks podcast, Blood, Sweat & Beers and shares training highlights and updates online at @klkirsh