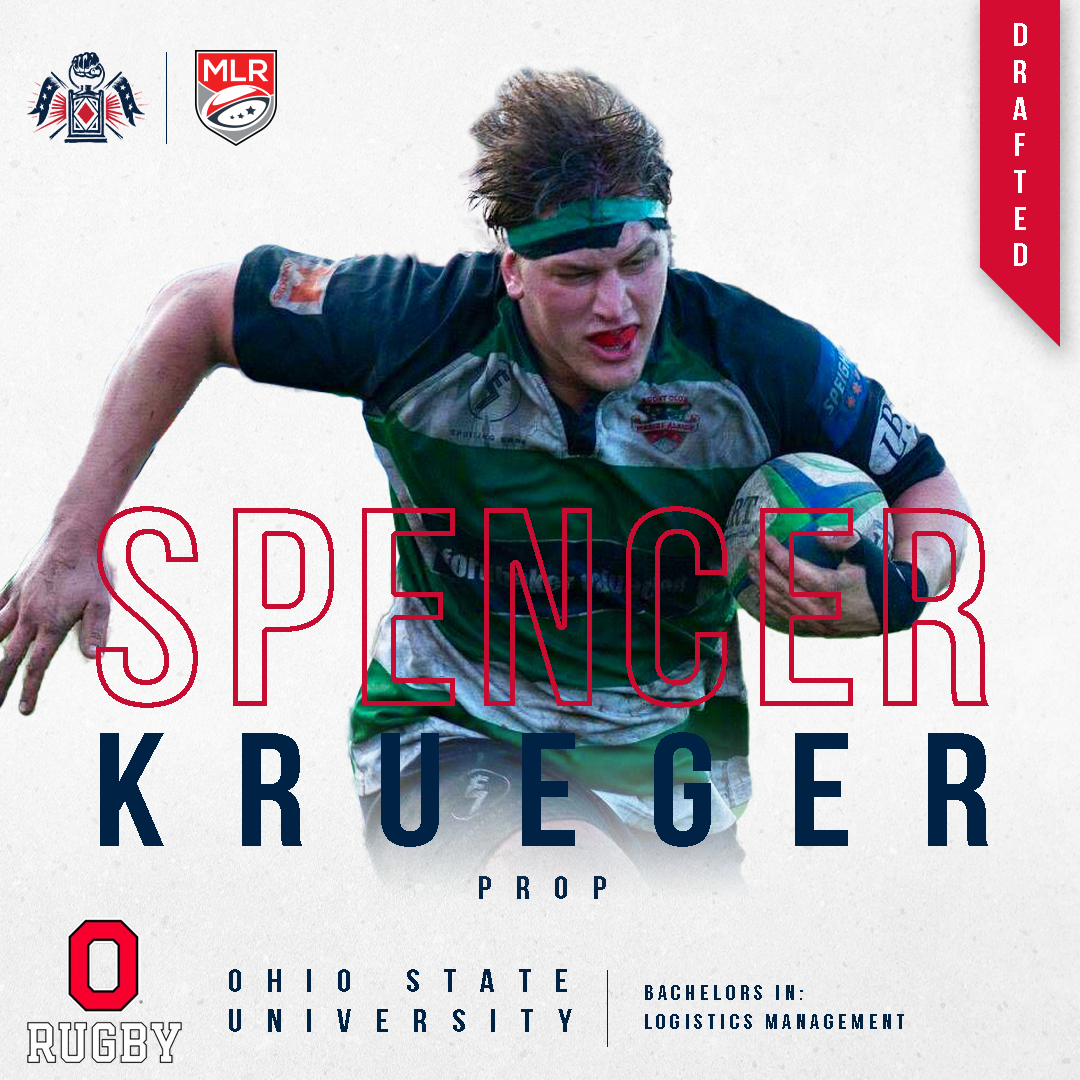 Spencer Krueger is sure to make a big impact as an incoming prop to New England. Spencer was selected as the 18th overall pick in the Major League Rugby Collegiate Draft and joins the Free Jacks as the 2nd pick of the evening after Justin Johnson.

Spencer graduates from Ohio State University where he was captain of the Men’s rugby program in 2019-2020 season. Spencer will graduate with a Bachelors in Logistics Management.

Spencer was a standout in collegiate rugby at Ohio State University. In 2018 Spencer was recognized as a Collegiate All-American, and in 2017 and 2018 received distinctions as a US Collegiate tighthead prop.

In addition to collegiate rugby, spencer has pushed his game by competing with the Chicago Lions men’s team, the Christchurch, NZ, based club Marist Albion RFC, and the Crusaders International Academy.

Spencer played an integral role for Marist Albion in the premier flight of club rugby in Christchurch whilst partaking in the Crusaders International academy and picked up skills that showcased his ability to play at higher levels of the game.

“We were impressed by the impression Spencer had made during his time with Marist Albion RFC and at the Crusaders IHPU program, no mean feat,” commented Tom Kindley, Free Jacks High Performance Manager. “Spencer has the tools to succeed at the next level, a sound scrummaging front row forward and gets around the field well. More importantly, we see Spencer as a guy that will quickly become a fine Free Jack in his character and willingness to learn. All matters combined, we are excited to see his development as an emerging domestic front rower in our environment next season.”

Originally from Arlington Heights, Illinois, Spencer was a multisport athlete having played Football and competed in shot put and discus in track and field, while pursuing rugby with the Arlington Stallions RFC. In 2015 Spencer was received the Burlsworth character award in recognition of outstanding character and sportsmanship nationwide.

We are excited to welcome Spencer to New England where he will develop as a leader of the game on and off the field.