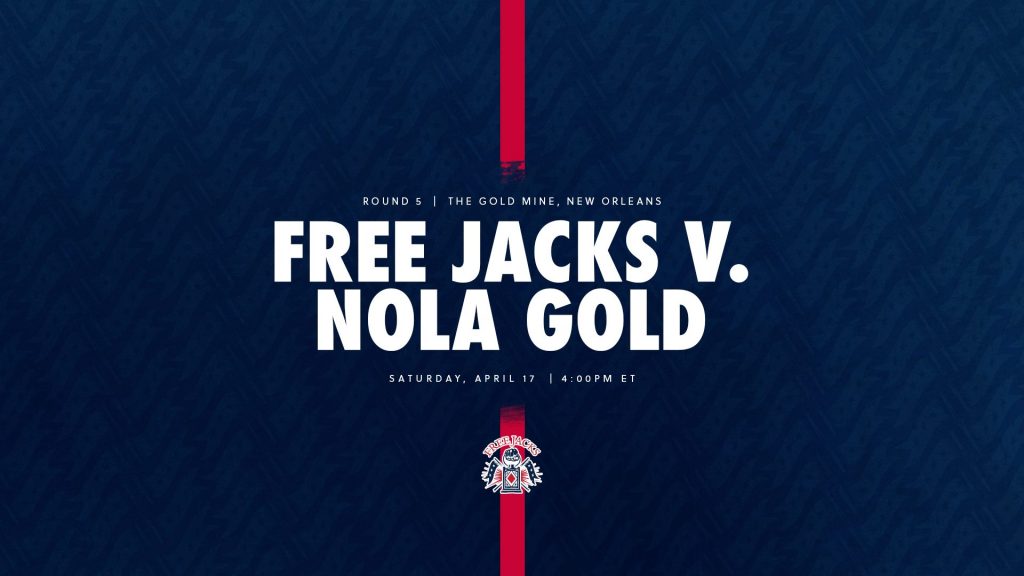 Free Jacks have named their 23-player roster to take on NOLA Gold in Round 5 of Major League Rugby 2021. The Free Jacks kick off at The Gold Mine, in New Orleans, LA, on Saturday, April 17, at 4:00pm ET. The match will be available live on The Rugby Network to all fans and on NESN+ at 5pm ET.

Head Coach, Ryan Martin, has made two changes to the starting XV. Free Jacks captain Josh Larsen will sport the number 6 jersey in this weekends contest, filling in for the unavailable Joe Johnston. Young standout Justin Johnson will move to number 7, and will look to continue is on field form. Conor Kindregan earns his first start of the season having made an impact off the bench in the last 2 matches. Conor joins Jackson Thiebes in the engine room at lock and will add versatile and strength to the Free Jacks lineout.

The Free Jacks backline remains unchanged from their successful run out against the Utah Warriors. John Poland and Harrison Boyle again combine at 9 and 10 to control the flow of the game and the attacking position of the team. Exciting center combo of Aleki Morris-Lome and Poasa Waqanibau will light up the midfield and draw significant attention from NOLA’s defense with their hard running and creative attacking options. Sensational Dougie Fife and electric Mitch Wilson join “the wise owl” Beaudein Waaka to make a strong back three and complete a strong Free Jacks team.

Off the bench New England fans will be excited to see Tera Mtembu make his first appearance in the red white and blue stripes. The former Sharks captain has made an immediate impact at the training environment of the Free Jacks and all across the MLR we are excited to see what he brings to the field. Exceptional collegiate scrumhalf, Tom Brusati, is set to earn his first cap with the Free Jacks this weekend in the 21 jersey.

Coming off a bye week in round 4, the Free Jacks are refreshed and ready to build on a solid foundation of positive behaviors and efforts displayed in the opening 3 weeks of the competition.