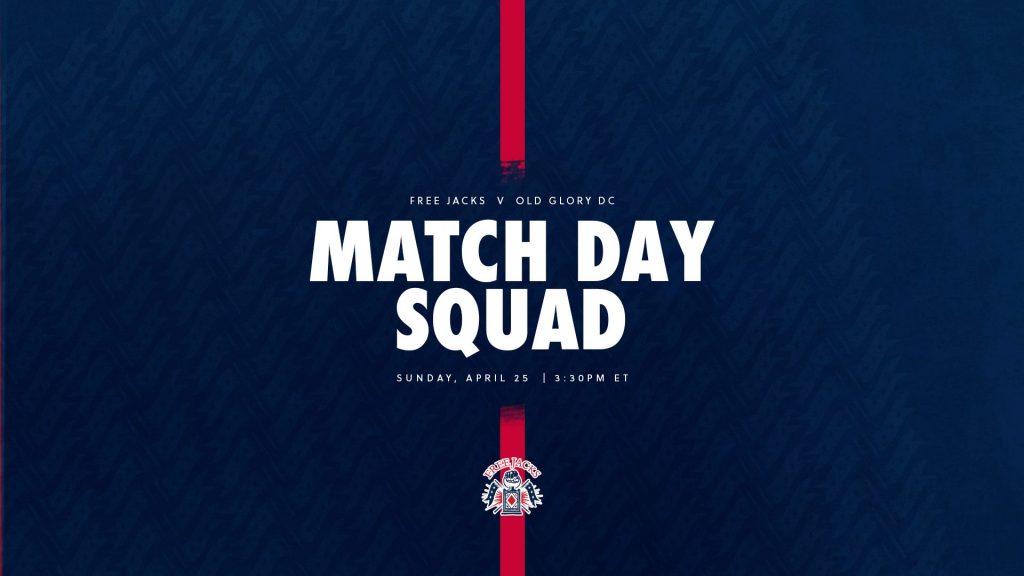 Free Jacks have named their 23-player roster to take on Old Glory DC in Round 6 of Major League Rugby 2021. The Free Jacks kick off at Segra Field, in Loudoun County, Virginia, on Sunday, April 25, at 3:30pm ET. The match will be available live on FS1 live nation wide.

Head Coach, Ryan Martin, has made two changes to the starting XV. Mitch Wilson and Conor Kindregan both suffered injuries against NOLA Gold last weekend that will see them miss the clash with DC. Irish-American Lock Ronan McCusker will don the no.5 jersey and pair with impressive Jackson Thiebes in the 2nd row. Young Harry Barlow will step in for Mitch Wislon in the no.11 jersey and look to continue his scintillating form and showcase his work-rate around the park.

Off the bench two Free Jacks are set to make their debut. Jared Collinson, S&C Coach and winger will earn his first cap in Free Jacks stripes. He is joined by exceptional collegiate scrumhalf, Tom Brusati, in the 21 jersey. Peceli Rinakama, the Flying Fijian, earns his first selection this season.