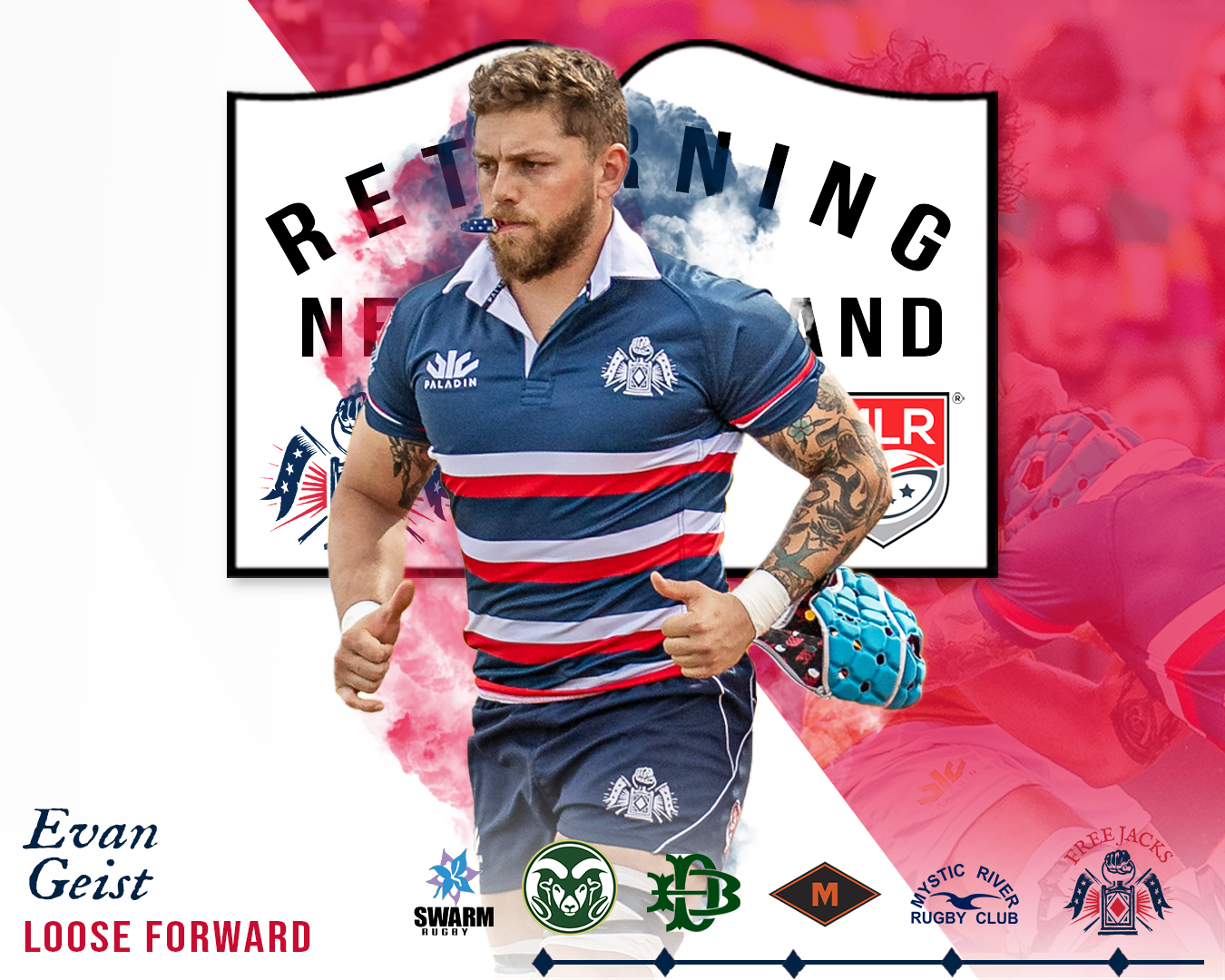 Trademarked by his electric blue scrum cap, Geist will return to the Free Jacks in 2021

“I am extremely proud and excited to have the opportunity to return to the Free Jacks, this time as a full time player,” said Geist. “The past few seasons in Boston have been an incredible learning experience on and off the field. At times it felt out of reach, but I am thrilled my perseverance has paid off. I can’t wait to continue to show what I am made of and develop my game this season with the Free Jacks.”

The Denver native found rugby his senior year of high school with the SWARM Rugby Club before playing at Colorado State University. He quickly made a name for himself when he competed for the USA Under-20 All-American team in 2013 as a winger. After his freshman year, he switched to flanker and made the All-West Conference team the next three seasons.

After graduating with a bachelor’s degree in Health and Exercise Science in 2015, Geist played for the Denver Barbarians. There, he helped lead them to three D2 Western Conference championships and a national championship in 2018. From there, he played 8-man for Meraloma RFC in the BC Premiership in Canada and appeared for local powerhouse Mystic River across the back row.

“Evan has developed tremendously since joining the Free Jacks in January of 2019,” commented Free Jacks Performance Manager, Tom Kindley. “Physicality is a real strength for the man nicknamed the ‘Poltergeist,’ seen demonstrating his appetite for the gainline on both sides of the ball during the 2020 MLR season. A bit more time in the pressure cooker should see Evan continue to add to his tool-kit and become a more versatile attacking threat.”

Geist credits his dedication and strong work ethic for taking him to the pinnacle of American professional rugby. This upcoming season, look out for the Free Jack in the electric blue scrum cap to be a captivating presence on the field with his speed, power and work rate on display.

Join Evan and the Free Jacks for a virtual Town Hall “News and Brews,” on October 15. Grab a Free Jacks IPA, join the virtual gathering and get to know the newest Free Jacks and the returning players. RSVP using the link here: https://freejacks.com/news-and-brews/.