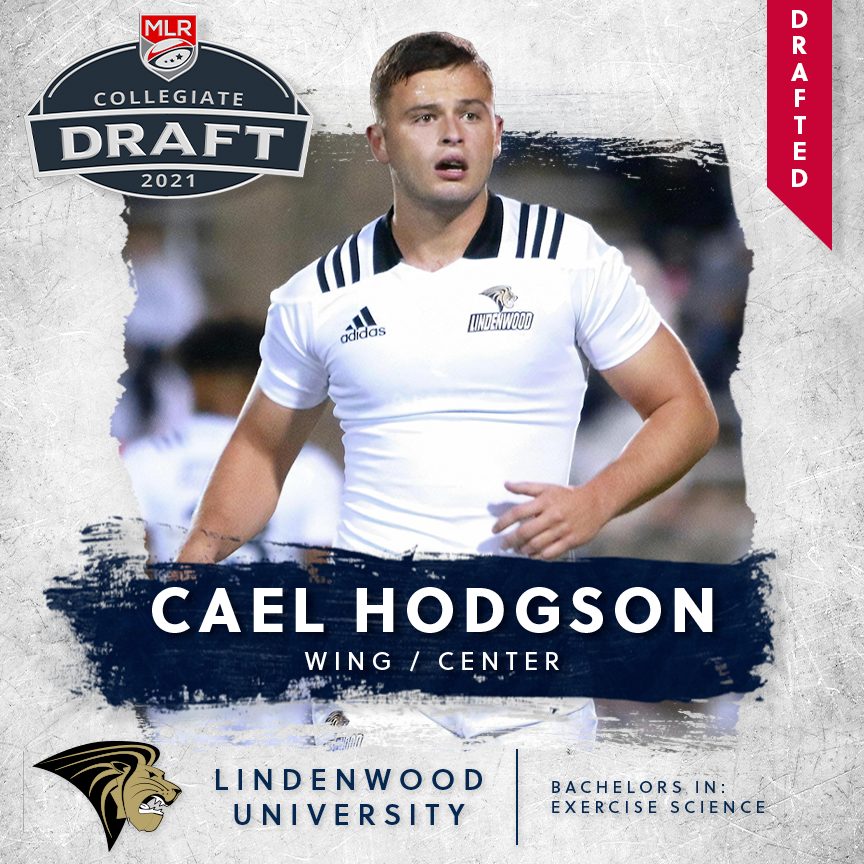 With the 8th pick in the 2021 Collegiate Draft, The Free Jacks select standout wing/center from Lindenwood University

Boston – August 19, 2021 – With the 8th pick, in the first round of the 2021 Major League Rugby Collegiate Draft, the Free Jacks select Cael Hodgson to join the New England based franchise.  The Free Jacks are excited to welcome Hodgson, a dynamic and versatile backline player at 6’2, 215 lbs, to New England.

“We are really excited about the opportunity to draft Cael, who we think can add punch to our midfield and outside back stocks in New England,” said Free Jacks Performance Manager, Tom Kindley. “At 6’2, 215lbs he is combative and a strong ball carrier. Based on long conversations with Lindenwood Head Coach, Josh Macy, we felt as though our environment was the right one to continue to develop his game at the next level.”

A graduate of Lindenwood University with a bachelor’s degree in Exercise Science, Hodgson made an impact across the back-line with the Lions on the field. Primarily playing in the no. 11 or no. 13 jersey’s, Hodgson has been recognized as a hard working and strong performer at the collegiate level. As the 2020 Lindenwood top try scorer, Hodgson was selected to the Mid-South All Conference 2nd team.

Prior to beginning his studies at Lindenwood, Hodgson represented Nottingham Trent University competing in the Midlands Competition, earning recognition with the program’s performance squad from 2017 to 2019. Hodgson earned selection to the North Midlands U20 select side. A graduate of the Worcester Warriors AASE Academy and a member of the Scottish Exiles U18 team in the Scotland U18 trials in 2017, Hodgson has trained and competed at the highest level throughout his schooling, and is prepared to accelerate his game in the MLR.

Born and raised in Bangkok, Thailand, Hodgson grew up learning rugby while playing for a local youth team known as the Bangkok Lions. He then moved to Wolverhampton, England where his love for rugby began to grow. When Cael got the opportunity to play Tropical 7’s in Orlando, he “fell in Love with America and began applying for schools”

Join the Free Jacks in welcoming Cael Hodgson to New England. We look forward to seeing the impact he makes on the field next season.