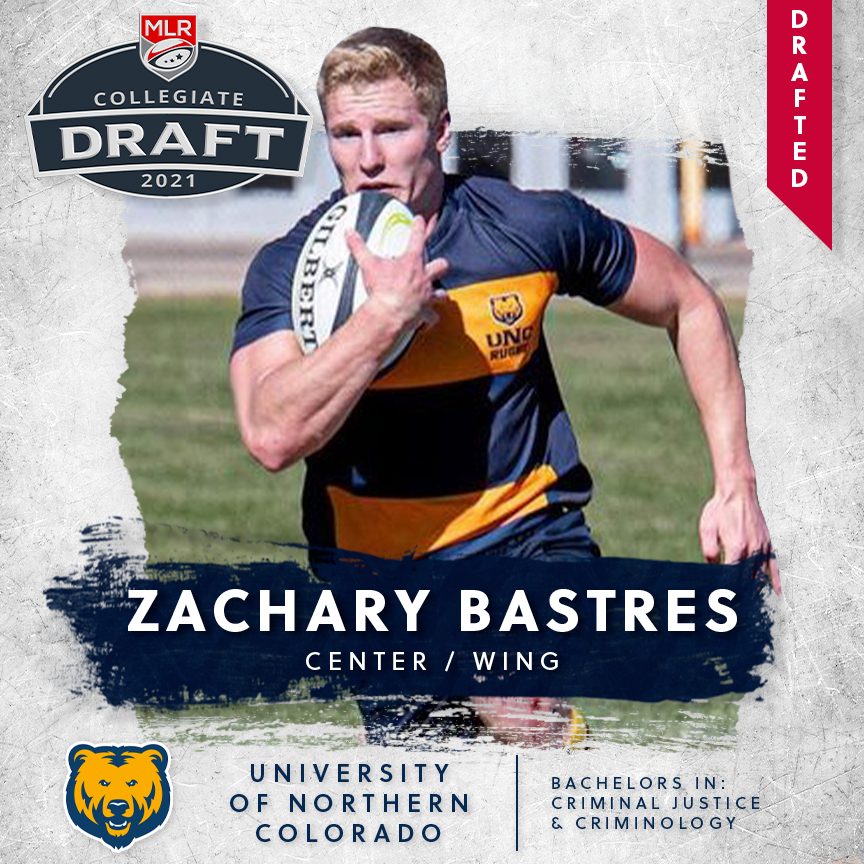 Boston – August 19, 2021 – With the 34th pick, in the third round of the 2021 Major League Rugby Collegiate Draft, the Free Jacks select Zachary Bastres; a 6’2, 215 lb backline player from the University of Northern Colorado.

“Zachary went into the draft as a bit of an unknown, but not to us,” said Free Jacks Performance Manager, Tom Kindley. “After many conversations with USAR U23 Head Coach, Todd Thornley, and the likes of Chris Hanson from Colorado – we felt as though Zachary’s physical attributes and demeanor made him a great option. We are looking forward to seeing what will happen as more tools are added to Zachary’s rugby tool-kit and we combine that with his speed and desire to succeed.

While pursuing a degree in Criminal Justice and Criminology at UNC, Bastres proved to be a valuable asset on the field. Selected for the D2 Rocky Mountain All-Conference team in 2019, Zachary was also named team MVP at UNC multiple years during his college career.

Born and raised in Erie, Colorado, Bastres had primarily been a tennis and football player up until his high school years. “I started playing rugby when one of my football buddies told me to come out and made fun of me for not wanting to because I was scared of the sport,” said Bastres. “I went out the next week to rugby practice and I have never looked back. I fell in love with the sport of rugby the very first day I went and practiced.” Zachary became an integral part of his D1 Colorado State Championship team in 2017 while earning positions on the Colorado All-State team all 3 years of his high school career.

With his father being a professional tennis player in Chile and Brazil prior to moving to the US, his competitive nature runs in the family. New England sports also holds a special place in Zachary’s heart as he grew up watching the New England Patriots every Sunday with his Mother being raised in Massachusetts.

Join the Free Jacks in welcoming Zachary Bastres to New England for the 2022 MLR season!