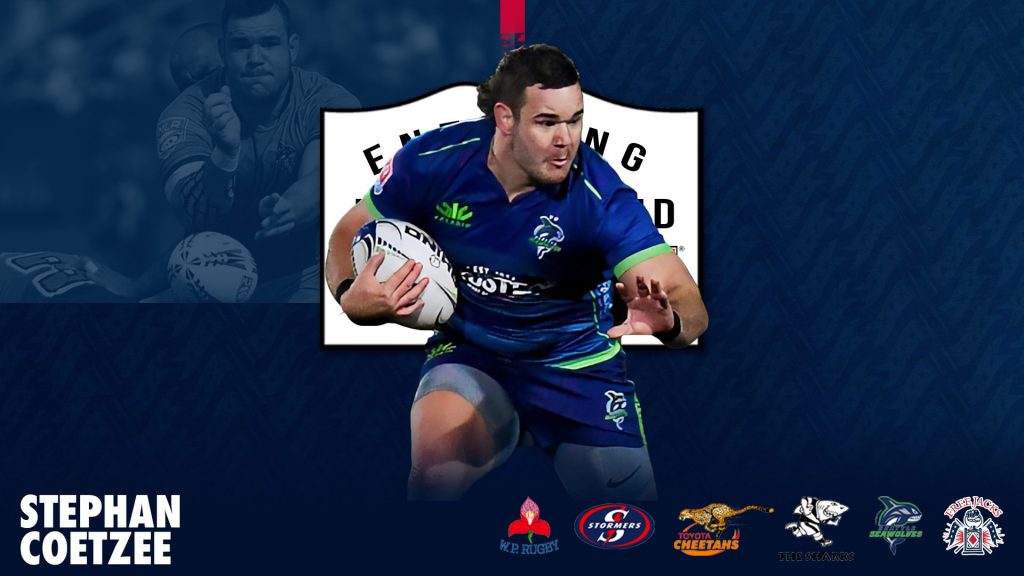 “It’s a privilege for me to join the New England Free Jacks. Boston is a great sporting city with an amazing culture growing at the Free Jacks. I will do my best to add value to teammates on and off the field.” noted Coetzee.

The 29-year-old, 6’1″, 250 lbs, South African hooker, touched down in Boston last week and is looking to make an immediate impact in the second half of the Free Jacks Season.

Coetzee was an essential part of the front row that made up the Seawolves leading scrummaging team in 2019. Born in Worcester, Western Cape, South Africa, Coetzee attended Paarl Boys’ High school represented Western Province at the Under-16 and Under-18 levels.

Coetzee went on to attend Western Province Rugby Institute in 2011, leading the side to Provincial Championships in 2012 and 2013, taking home the championship in the later year.

Coetzee earned his senior team debut for Western Province in 2014, going on to play 8 matches, starting 6, and earning an appearance in the 2014 Vodacom Cup. Coetzee went on to represent the Super Rugby Stormers for 7 appearances, before signing consecutive contracts with the Cheetahs then Sharks.

“Stephan ‘the raging bull’ Coetzee will bring some real menace to an already hard-working New England forward pack,” commented Head Coach, Ryan Martin. “A scary ball carrier who will enjoy big shoulder contacts on defense which will be sure to get the locals at Union Point on their feet. Stephan is a proven performer having played Super Rugby for the Sharks, Cheetahs and Kings.”