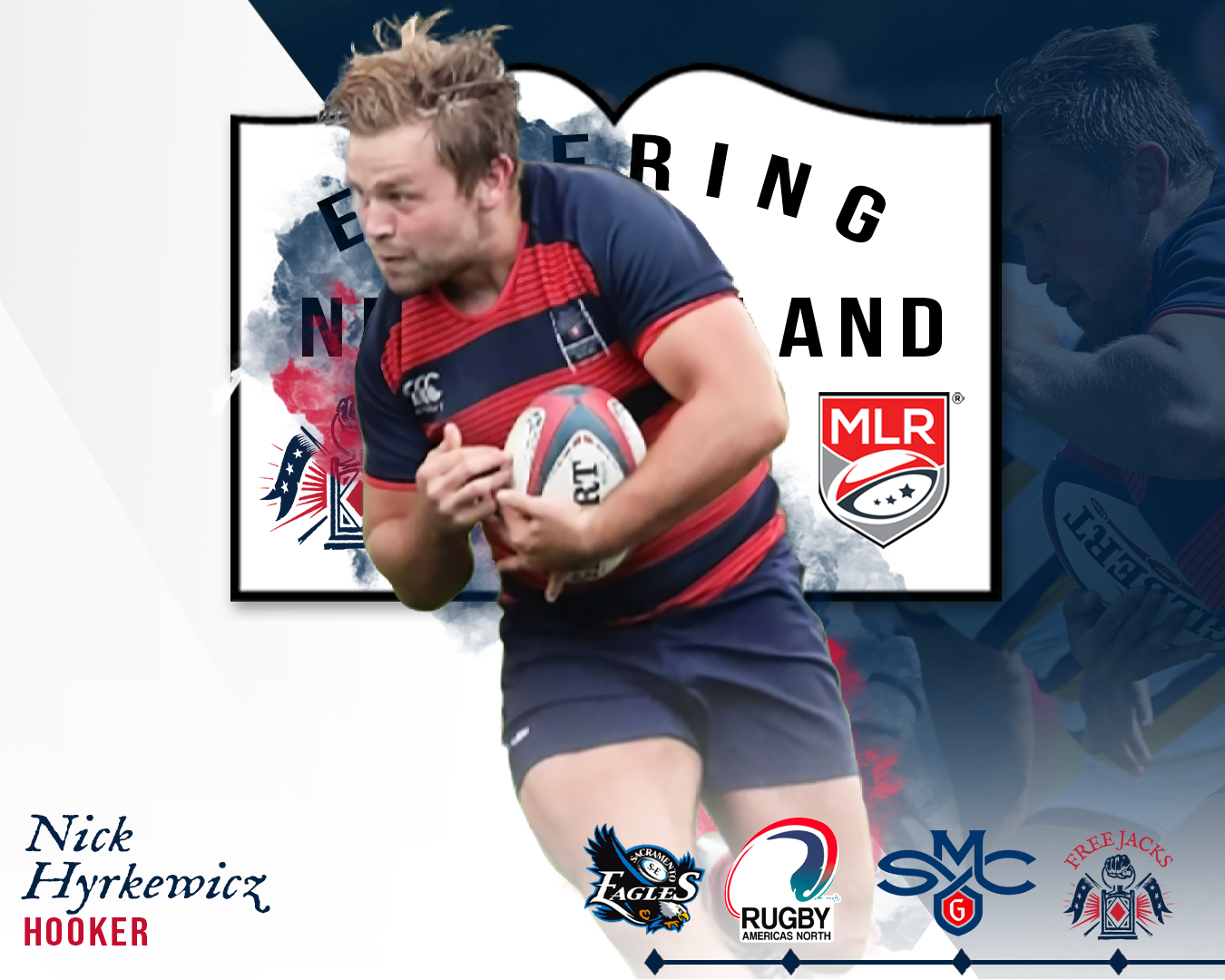 BOSTON – October 6, 2020 – The Free Jacks are proud to announce the signing of D1A collegiate rugby standout, Nick Hryekewicz for the 2021 season. The 5’9, 230lb hooker made his presence known while competing for traditional powerhouse Saint Mary’s University.

“This is an amazing opportunity to improve my skills and contribute all I can to the Free Jacks,” commented Hryekewicz. “At Saint Mary’s, I had to fight every day in order to get to the top, and I’m looking forward to the next challenge.”

Hryekewicz is California born and raised. Hailing from Northern California, Nick started playing rugby for the Sacramento Eagles club team while attending Rio Americano High School. At Saint Mary’s, he was a four-year player for the first XV, earning a starting spot in his final two years.

During Hryekewiczs’ tenure, the Gaels were D1A quarterfinalists, semifinalists and national champions. The “Bear” as referred to by his teammates, also accumulated an impressive array of honors with the Gaels, named to the California Collegiate Conference team in 2020. The year prior, he was selected for the Rugby Americas North combine in Glendale, CO where he trained with the best up and coming talent in North and South America and played flanker for the academy side in the Aspen Ruggerfest.

“Nick exemplified true grit throughout his time at Saint Mary’s College, improving each year and eventually becoming the anchor of our scrum,” said SMC Assistant Coach, Brendan O’Meara. “ You won’t find a better teammate and selfless contributor to the goals of an organization.”

Hryekewicz, though most comfortable at hooker, has spent plenty of time plying his trade at both loose and tighthead prop both, adding immense versatility to the Free Jacks front row stocks. His broad skill-set and lively style of play has proved invaluable to date and will be sure to make him a stand out for Free  Jacks fans next year,

Join Nick and the Free Jacks for a virtual Town Hall “News and Brews,” on October 15. Grab a Free Jacks IPA, join the virtual gathering and get to know the newest Free Jacks and the returning players. RSVP using the link here: https://freejacks.com/news-and-brews/.