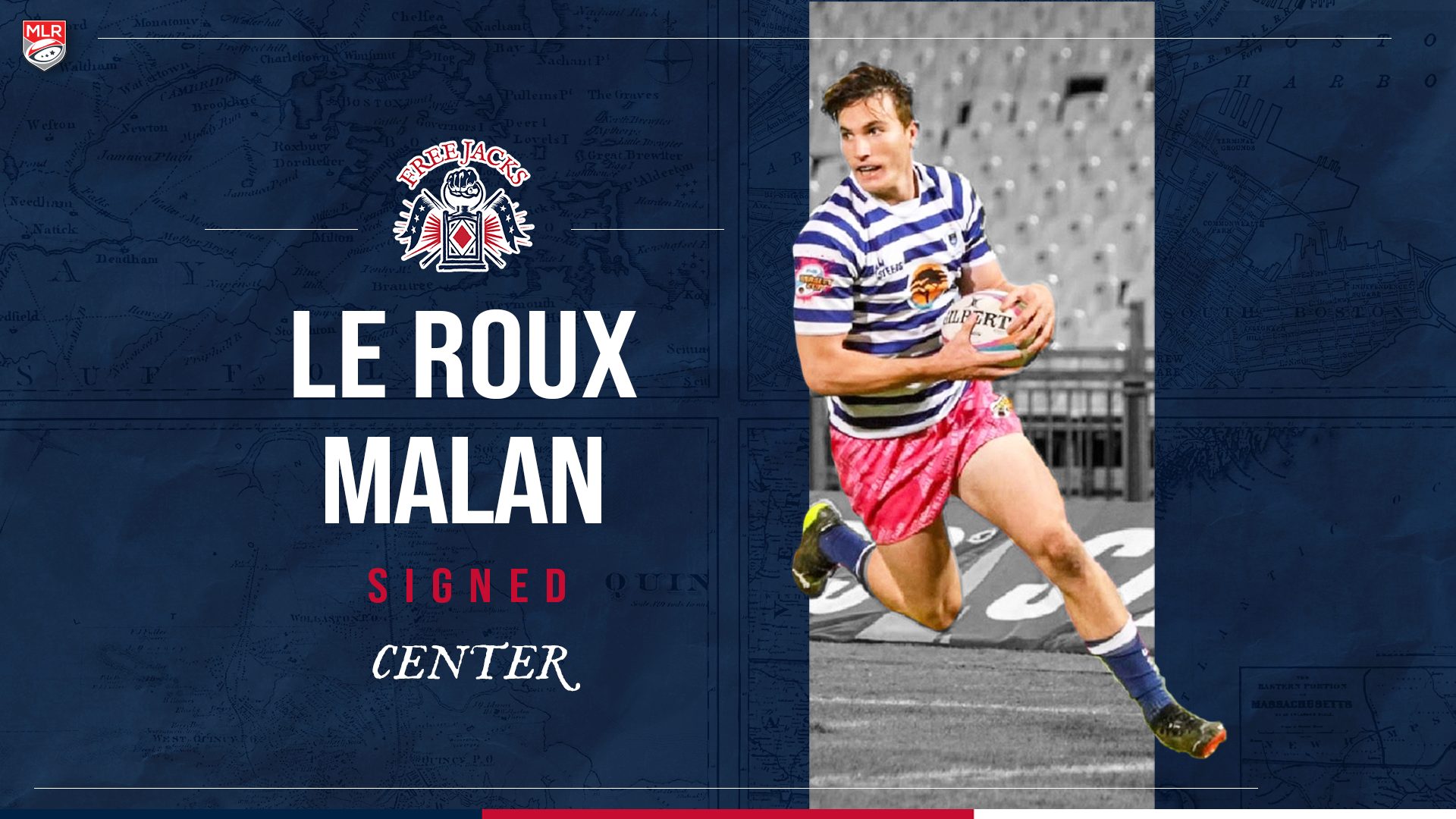 Boston, MA — November 12, 2021 — The Free Jacks are thrilled to welcome young Namibian talent, Le Roux Malan, to the New England back line. The 6’3” 211lb center has amassed a wealth of experience playing in South Africa and will take his talents to the States this upcoming MLR season.

“Le Roux has been the stand out player in the Varsity Cup in South Africa,” noted Free Jacks Head Coach Scott Mathie. “He is a dual threat center with the ability to carry and distribute in equal measure. His ability to offload in contact has elevated his game beyond his counterparts and I feel he will be a great addition to the team.”

Born in Windhoek, Namibia, Malan attended one of the world’s premier rugby schools, Paarl Boys High School outside of Cape Town, South Africa where he played for the 1st XV. In the middle of one of the most competitive leagues in the country, Malan’s performances on the pitch did enough to earn him the attention of the Natal Sharks who signed him to a junior provincial contract in 2018. There he made his presence quickly known, becoming a standout within the competition, largely operating at inside center in the U19 Currie Cup.

Although at times Malan found himself finishing tries on the wing during his career with the Sharks, the variety of skills the rangy center possesses kept him mostly in the centers. The young Namibian made his professional breakthrough in the 2019 Supersport Challenge where he scored a try for the Sharks in his debut season. He then competed with the team in the U21 Currie cup in 2019 and 2020. In addition, Le Roux was a regular with the senior Super rugby wider squad in recent years, showing the dedication Malan has for his team.

In 2020 Malan attended the University of Cape Town where he became a standout for the Ikey Tigers roster in the Varsity Cup. Malan made key contributions to each match that helped bring the Ikeys to the Varsity Cup finals, including 4 impressive tries through the season.

At only 22 years of age, the up and coming South African prodigy will be an incredible asset for this New England squad. A physical runner with a precise and timely pass, Le Roux is an excellent addition to the roster. Le Roux Malan adds yet another reason fans will be bubbling with excitement about the upcoming Free Jacks 2022 season.