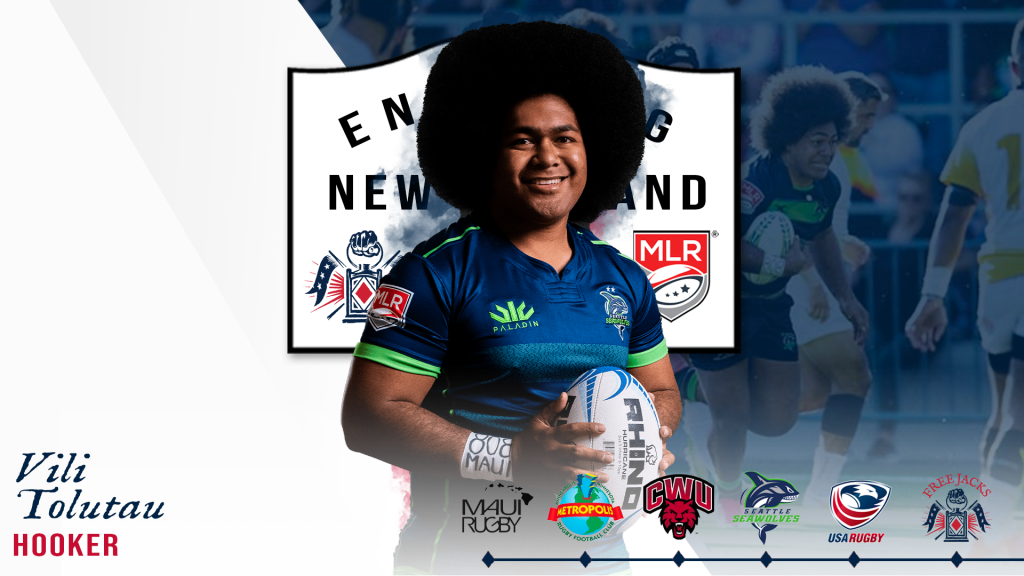 Vili joins the Free Jacks with experience at the highest level, having earned his first cap with the USA Eagles in 2018, and won the MLR Shield twice with the Seattle Seawolves

BOSTON, MA — February 16, 2021 — The New England Free Jacks today announced the addition of Major League Rugby’s premiere hooker, Vili Toluta’u, to the playing roster for the 2021 Season. Toluta’u brings extensive experience to the Free Jacks forward pack and a dynamic and explosive playing style. Toluta’u is a massive threat on offense, with his instinctive decision making and decisive running lines.

“All gas, no brakes, saddle up, let’s ride” commented Toluta’u. “I’m excited to join the Free Jacks and am looking forward to working with a bunch of great coaches that I believe can help me excel in my rugby career. Very thankful to Seattle for supporting me the past three years and through this transition. Best believe that I am still hunting but will be riding into the season ahead. Lessgoooo.”

Coming off the back of three impressive seasons with Seattle Seawolves, Toluta’u is sure to make an impact with the Free Jacks in the 2021 Major League Rugby campaign. Toluta’u played in all five of the shortened 2020 season for the Seattle Seawolves, and at 27-years-old is looking to build on an accelerating career in American rugby

“We are excited to have a great product of the domestic pathway and MLR in Vili Toluta’u to bolster our roster,” said James Willocks, Assistant Coach. “We aim to provide a world class environment in which Vili can continue to develop. His work at the breakdown and ability around the park has been demonstrated consistently and will be a massive asset for our side.”

Originally from Tavutoka, Tongatapu, Tonga, Toluta’u grew up in Wailuku, Hawaii, where he began his rugby journey with Maui Rugby at the Kihei Youth Center. As a young player Toluta’u also excelled at Football and Track, lending to his current athleticism around the rugby field. A two-time Boys High School All-American, Toluta’u went on to represent the USA at age-grade levels 7 times, including in the All-American’s tour of Argentina, Chile, and Uruguay.

Toluta’u graduated from Henry Perrine Baldwin High School in Wailuku and went on to study at Central Washington University on a rugby scholarship. Toluta’u was a standout player at the collegiate level, having represented the Collegiate All-Americans, with which he competed in the 2013 and 2014 Junior World Cup Trophy.

Toluta’u earned his first cap with USA Rugby’s Men’s National team in 2018. Additionally, he has represented the USA Falcons sevens team in the Las Vegas International, and the USA Selects on three occasions.