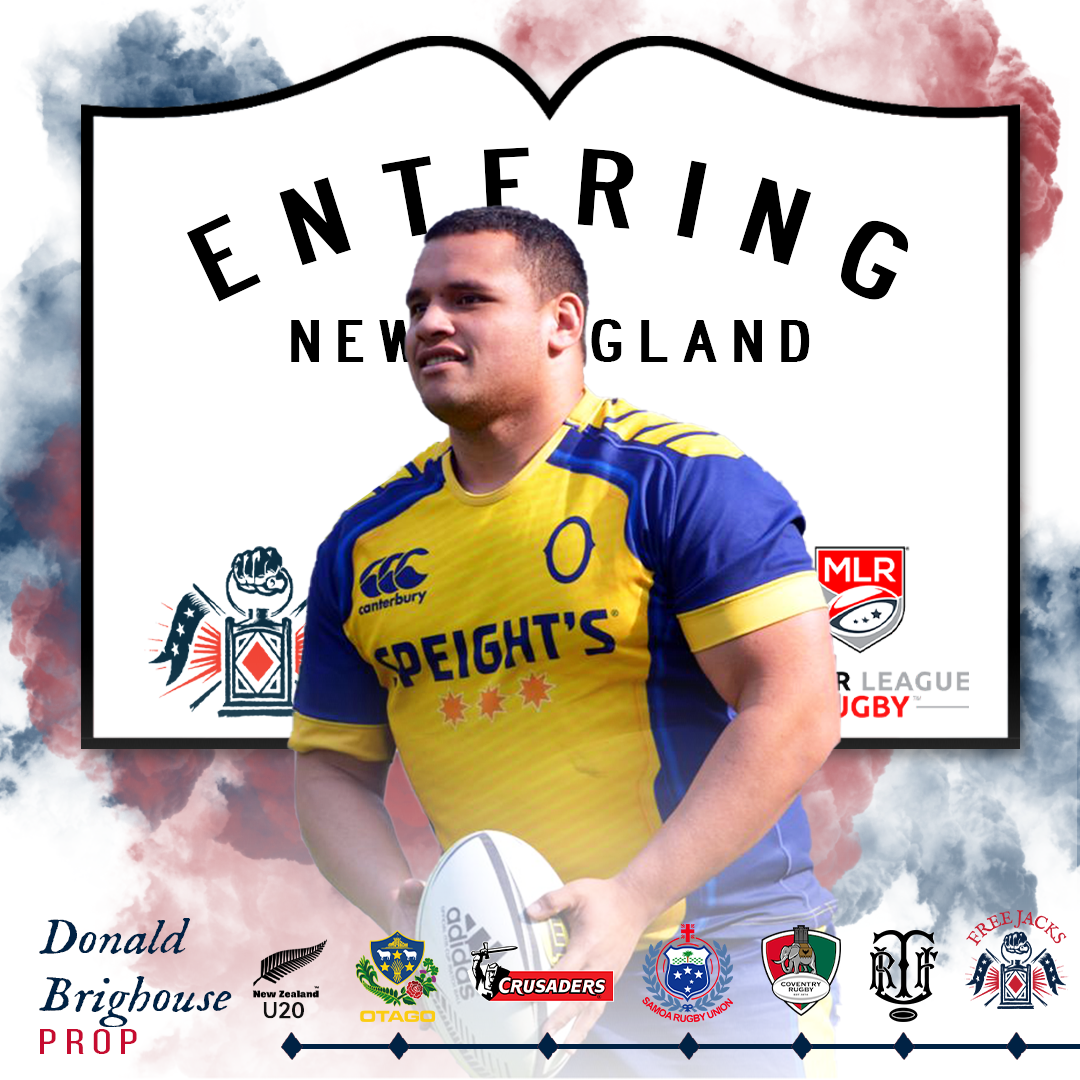 Boston, MA – The Free Jacks today announced the signing of Samoan international prop, Donald Brighouse, for the 2020 and 2021 seasons in Major League Rugby. The New Zealand-born front rower joins the Free Jacks having most recently played for Coventry R.F.C in England, in the RFU Championship, the Taranaki Bulls in Mitre 10 cup in 2019, and for the Crusaders the in 2018 Super Rugby season.

“I’m thrilled to take on a new challenge and join the Free Jacks heading into Major League Rugby,” commented Donald. “From what I’ve seen the MLR is growing fast and its exciting to be part of the momentum and help new team make an impact. I’m looking forward to getting together with the boys and gearing up for a big season ahead.”

Born in Wellington, New Zealand, Donald moved south in 2014 and launched his professional career with Otago in the Mitre 10 Cup.  He made 49 appearances for the Dunedin based club and featured regularly for the team between 2014 and 2018. In 2018, Donald made his debut for Super Rugby side, Crusaders. He made 6 appearances for the team through the end of the 2019 season.

Donald has earned 4 caps for the Samoan national side. He made his debut for his country against Scotland at Murrayfield during the 2017 autumn series. Donald was also selected for New Zealand at the U20 level in the 2013.

“We are excited to welcome a prop of Donald’s caliber into the mix in New England,” said Head Coach, Josh Smith.

“Donald’s scrummaging power, technical ability and physicality as a ball carrier makes him an exciting player to work with and we are looking forward to having him start in a few weeks.”

Donald will join the Free Jacks at the commencement of pre-season training this December and we are looking forward to welcoming Donald into an excited rugby community here in New England.

Be sure to secure your Founding Member season tickets to catch Donald and the Free Jacks in their inaugural 2020 season in Major League Rugby while seats are still available. Details of season ticket packages can be found at freejacks.com.