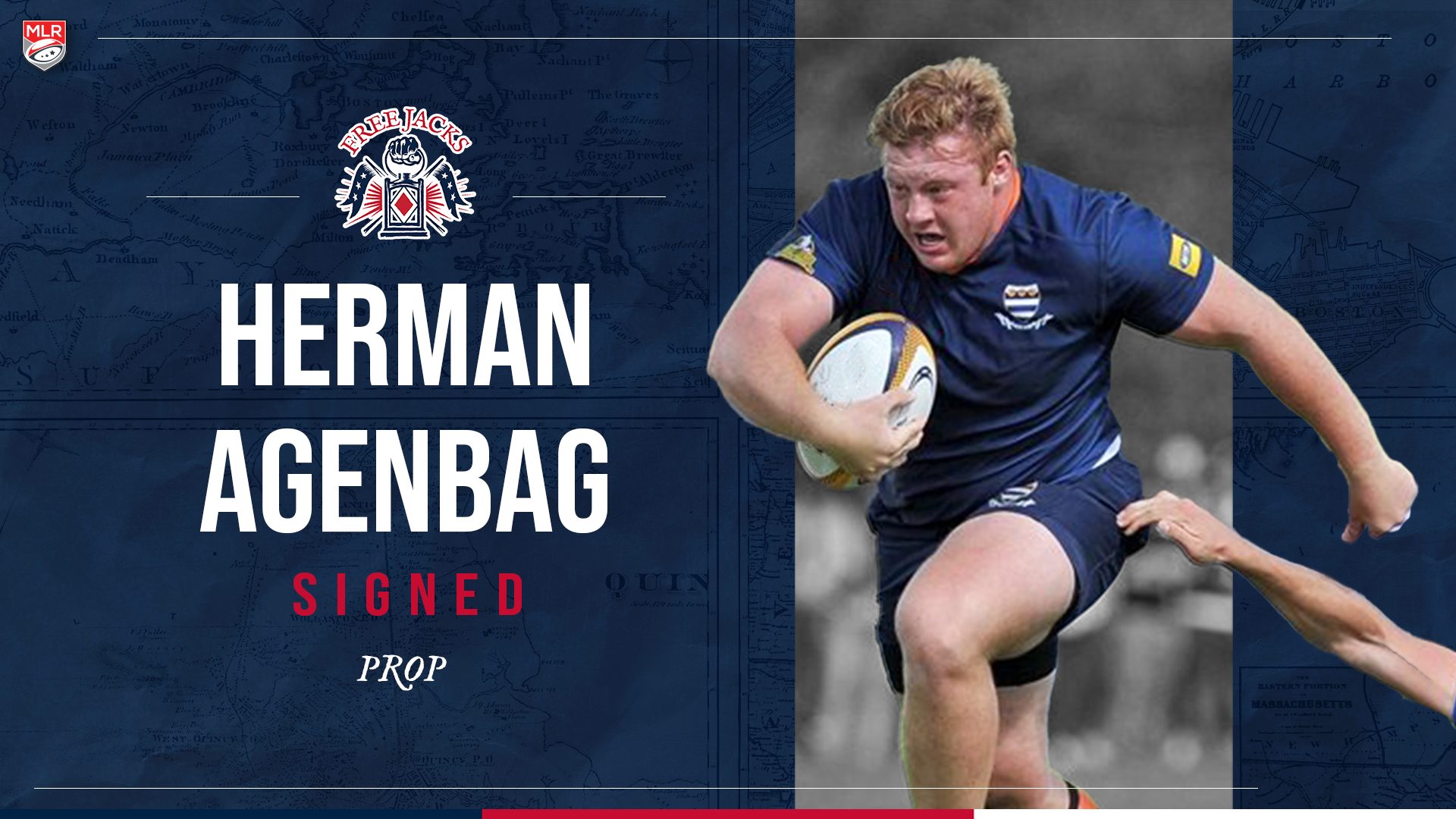 “If you don’t fight for what you want, you can’t cry for what you lost,” recited Agenbag. His relentless spirit throughout his rugby career has taken Agenbag from a Lions U19 team to an MLR contract at the age of just 21.

Agenbag played his early high school rugby days at Grey College in Bloemfontein, South Africa.Standout performances led to selection for the South African Schools and South African U18 squads in 2018. Interestingly, Agenbag was also a SA junior athlete in discus and shot put while in high school.

The impressive young athlete then earned a spot on the Golden Lions U19 roster during the 2019 SuperSport Rugby Challenge. Herman then progressed into the U21 Golden Lions side in 2020,  helping them towards a 2nd place finish in the South Africa U21 Rugby Championship.

That year Agenbag also played for the University of Johannesburg in the 2020 FNB Varsity Cup, matching up against teams from all over South Africa. Playing in the tournament again in 2021, Agenbag amassed a wealth of experience going toe to toe with the top young talent in the country.

“Herman is a young up and coming tighthead with massive potential, commented Free Jack Head Coach, Scott Mathie. “He comes from the most prestigious rugby school in South Africa and has excelled at age group levels as well as the varsity cup.”

“Like all SA props they pride themselves on their scrum work but what Herman can bring around the field with his dynamic ball carries and agility with ball in hand is something you don’t see in many tightheads and is why he has such an exciting future ahead of him. We are really looking forward to working with him and helping him reach that potential.”

Stepping into a fierce front row in New England, Agenbag will have plenty of opportunity to develop under the wings of veteran players within the forward pack. Opposing front rows be wary as the Free Jacks add yet another prop threat to the roster as the 2022 season quickly approaches.