DALLAS (December 8, 2020) – Major League Rugby (MLR) announced today its 2021 season schedule, beginning with matches on March 20, 2021. Entering its fourth season, MLR will feature 13 teams competing throughout North America over 18 weeks. The conclusion of the regular season will bring the MLR Championship Series, with the top two seeds from each conference qualifying for the postseason. The playoffs will culminate with the Championship Final to be held August 1.

“We are very excited to return to the pitch for Major League Rugby’s fourth season in North America,” said MLR Commissioner George Killebrew. “The 2021 season will be a celebration, with a focus on the fans and their passion for the game. We’ve expanded to 13 teams and look forward to some spirited competition, and further growth of the rugby community. We can’t wait for March 20 to get here.”

Other notable games for the regular season include:

The entire MLR regular season schedule is linked here. Broadcast information will be announced at a later date.

There will be a variety of pre-season activities in each market as well as a national media day where each team will provide standout players for national and international media availability.

Like many major professional sports around the globe, MLR adjusted its 2020 season schedule due to the pandemic and turned its attention to ensuring the league would rebound with a strong showing in 2021. League and team officials have been diligently working to build strong rosters and enhance the fan experience for the upcoming season.

MLR has a COVID Task Force made up of medical advisors and League officials that is dedicated to setting policies and procedures that ensure the safety of athletes, fans, and staff. MLR will continue to consult with the COVID Task Force, medical advisors, teams and players, to always put safety first when making decisions as the COVID-19 crisis continues to evolve.

Major League Rugby is a professional sports league entering its fourth season and representing the highest level of rugby competition in North America. The League evolved from seven teams in 2018 to 13 teams in 2021, 12 from the United States and one from Canada. Matches are televised on CBS Sports Network, FS2, and other national and local market platforms. All matches are available on Facebook Live for international fans. MLR prides itself in fostering intense and high-stakes competition, while bringing together a passionate community built on the values of Respect, Inclusivity, and Tradition. For more information about MLR, visit www.MajorLeague.Rugby 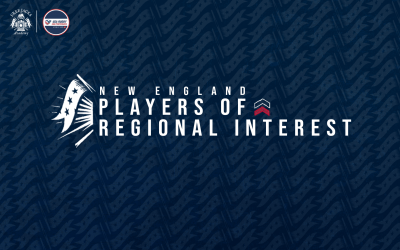