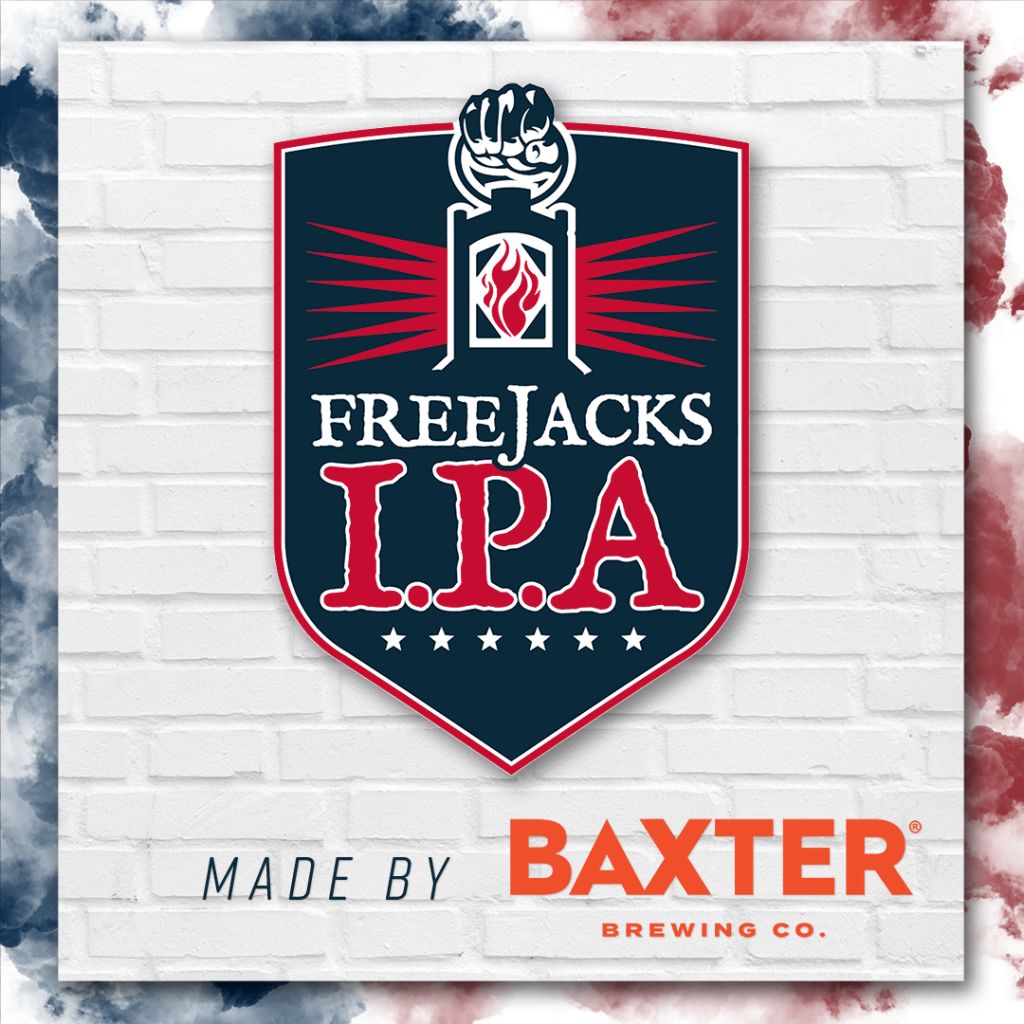 The quality brew will be distributed across Burke Distributing locations in the Greater Boston, Massachusetts area and partner locations throughout Amoskeag Distrbution Region in the Hanover, New Hampshire, Market to start!

Lewiston, ME – Baxter Brewing Company and the New England Free Jacks today announced details for the Free Jacks IPA. The collaboration will see Boston’s new professional rugby team and the New England based brewery work together to create and make available a beer inspired by the core rugby values of camaraderie, community, passion, discipline, and respect and that embody the New England region.

Baxter Brewing plans to make 4-packs of 16oz cans available for the kick-off of the Six Nations and the opening of Major League Rugby to meet the demand from the rapidly growing fanbase. Whether a rugby fan, a New England sports fan, or just someone who appreciates quality beer, all can enjoy this impressive IPA over the winter months, whether watching the Six Nation matches on NBCSports, Major League Rugby on CBS Sports and other partner channels, or just enjoying time with friends.

The Free Jacks IPA will be found on tap at all Free Jacks’ home matches, across Burke Distributing locations in the greater Boston, Massachusetts, area and at partner locations throughout the Amoskeag Distribution Market.

The Free Jacks IPA made its debut for the New England Free Jacks at the team’s 2020 match jersey reveal event for Founding Member season ticket holders on Thursday December 12th. Long-time rugby fans, Boston sports devotees and guests new to the sport enjoyed the IPA on tap at Hennessy’s Pub in downtown Boston. By all accounts the beer was a hit, and the two half-barrel kegs on site were kicked before the event came to a close.

“Rugby has an increasingly infectious crowd and that is clear to see in the over 200 fans that packed into Hennessy’s tonight,” commented Baxter Brewing President Jenn Lever at Thursdays reveal. “The Free Jacks are a fantastic partner for us at Baxter and authentic projects like this are my favorite and most exciting opportunities to be a part of. The team and their values resonate with the whole New England region, the fanbase is already 2nd in the MLR and the possibilities are truly endless of what we can build together.”

The Free Jacks IPA features the newly popular and sought-after strata hops. Free Jacks IPA is impressively aromatic with notes of tropical fruit and citrus. The aromatics are supported by refreshing orange, grapefruit and pineapple flavors. Free Jacks IPA finishes with more clean and fresh citrus character that leaves you craving another sip.

“It is always exciting when you have a project that you think is going to be a small experimental fun IPA and it collides with two naturally creative teams who love thinking big and before you know it your newest favorite IPA had turned into the next biggest bet for your company. I am proud to have played a role in this project and help bring this already thirsty fan base a quenchable bright aromatic IPA that will keep the team fans and other beer enthusiasts interested in it for a long time to come.” Justin Blouin Head Brewer Baxter Brewing Co.

“Baxter is a wonderful partner for us, and we are thrilled to have them part of the growing Free Jacks family,” noted Free Jacks’ CEO, Alex Magleby. “The excitement around the launch of the IPA at the Jersey Reveal was electrifying to witness and folks at Hennessy’s couldn’t pour fast enough. A lot of thought and passion went into developing this IPA by Jenn,  Justin, and the Baxter team. As witnessed Thursday night it is a great beer to share with family and friends and really embodies the Free Jacks fellowship and the camaraderie of the world’s greatest game. Whether you’re a longtime rugby fan or new to the sport, you’ll love the New England and rugby values inspired Free Jacks IPA.”