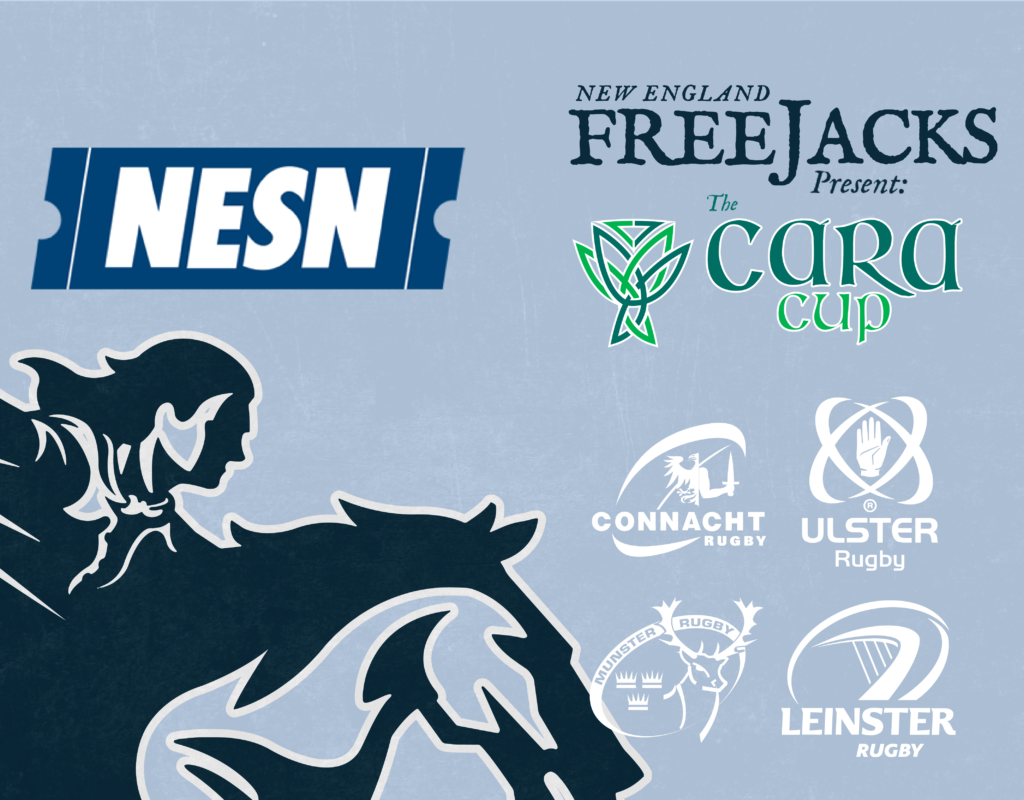 Boston, MA –The New England Free Jacks, Boston’s recently announced elite professional rugby team, and NESN (New England Sports Network), the television home of the Boston Bruins and Boston Red Sox, are proud to announce exclusive regional television coverage of the 2019 Cara Cup. This upcoming transatlantic series will be comprised of the four Irish provincial A teams from Connacht, Ulster, Munster, and Leinster, as well as the Free Jacks.

“We look forward to working with a top sports television network to bring the intimacy, good vibes, and quality rugby of the Free Jacks’ home matches to new households and future fans,” said Free Jacks CEO Alex Magleby. “NESN has set the standard for a long time and we appreciate the opportunity to bring our great game to fans throughout New England.”

NESNplus is available throughout the six-state New England region (except Fairfield County, Connecticut). For a complete channel listing in your area, click here. All of NESN’s programming is also available to stream for authenticated subscribers on NESNgo.com or the NESNgo App.

NESN is scheduled to air 5 of the 6 Cara Cup matches, as The Free Jacks build towards to the 2020 Major League Rugby season league entry. Ticket purchases along with details of the Cara Cup and other New England Free Jacks matches are available at www.freejacks.com