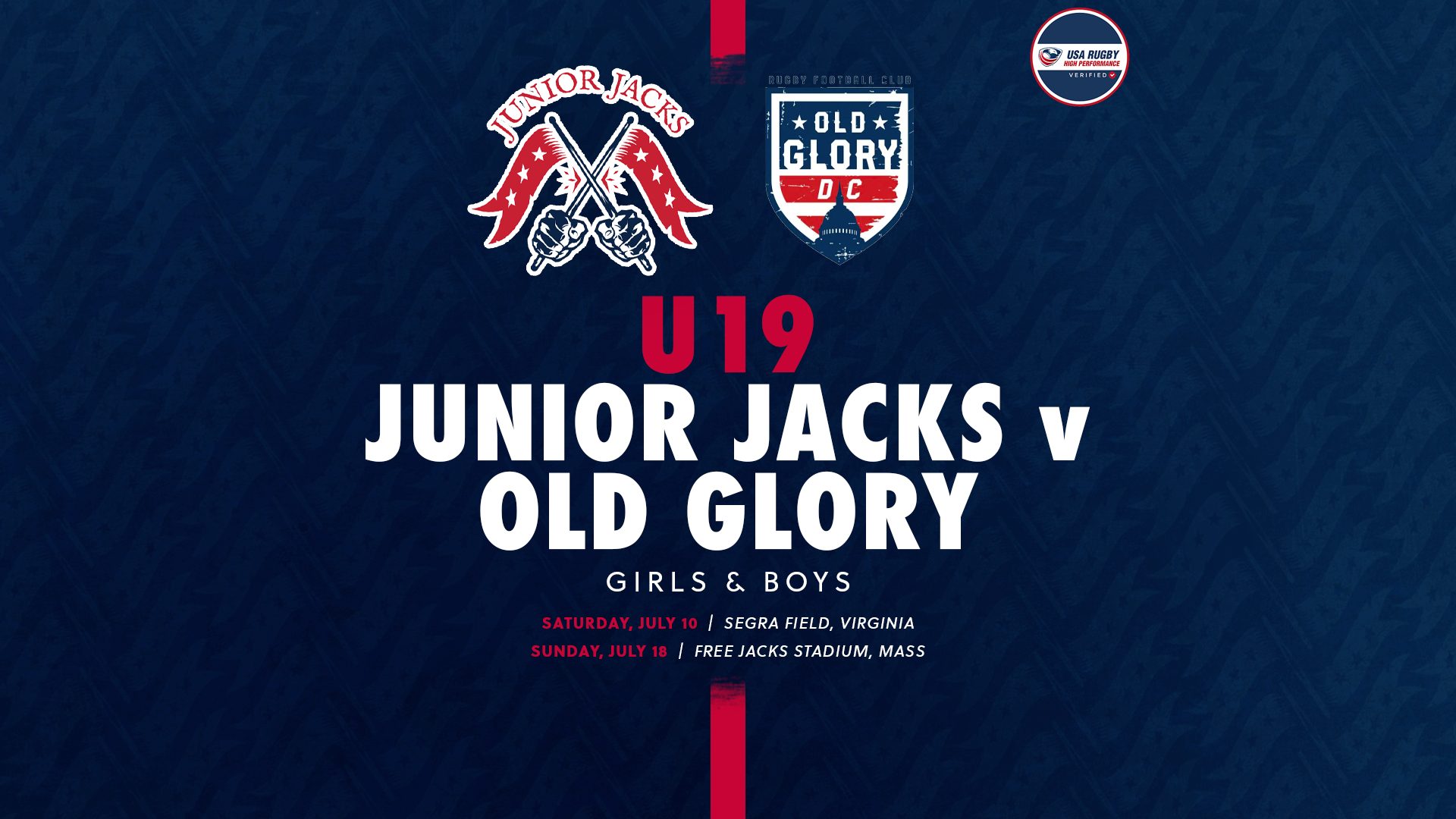 Boston, MA – June 25th, 2021 – The Free Jacks today announced the upcoming competition schedule for the Junior Jacks Girls and Boys U-19 teams. The Junior Jacks teams will face East Coast Conference rivals’, Old Glory DC, Girls and Boys Academy squads in a home and away series on July 10 and July 18 before the MLR team’s home matches.

The first match of the two-game series is set to be played at Segra Field, in Leesburg Virginia on Saturday July 10 ahead of Old Glory’s round 17 clash against the San Diego Legion. The second match will take place as part of the Free Jacks match festival, ahead of the New England Free Jacks final fixture of the regular season against Rugby ATL on Sunday July 18.

The Free Jacks will hold selection trainings free of charge on Monday June 28 and Wednesday June 30 from 6:30 – 8:00 PM at BC High (150 Morrissey Blvd, Boston, MA 02125). The trainings will serve as development and selection opportunities for both the girls and boy’s squads. Free Jacks Academy coaches will select a wider training team ahead of the East Coast conference U19 series.

“We are ecstatic to provide an opportunity for our Under 19 players, boys and girls alike, to play at a high level against our friends down the coast in Washington DC,” commented Performance Manager of the New England Free Jacks, Tom Kindley. “The series comes at an ideal time for these players with state high school championships concluding this weekend and is an opportunity to pick up from the groundwork laid in the fall and winter of 2020 where over 100 players of regional interest were selected at a U19 level across New England. We, with DC, aim to imbed such east coast conference age grade fixtures into our annual calendar and in doing so, support local player development as they pursue collegiate, professional and national team opportunities. A massive thank you to our sponsors who have made this series viable and continue to support youth player development.”

“We have been pleased with the training we’ve been able to provide the players over the last ten months but have been itching to get these players actual match experience,” said Brianna Kim, Old Glory Academy Director. “We reached out to the Free Jacks and were thrilled to find they share a very similar vision as us: growing this sport in our local communities for both boys and girls. This series sets a standard and a precedent for both teams, as well as across the MLR. We plan to continue building on this foundation for seasons to come– to continue developing the local talent and supporting players as they pursue their collegiate, professional, and national team dreams. This would not have been possible without the support of our sponsors, who truly believe in the importance of youth player development.”

Kick-off times to be determined.