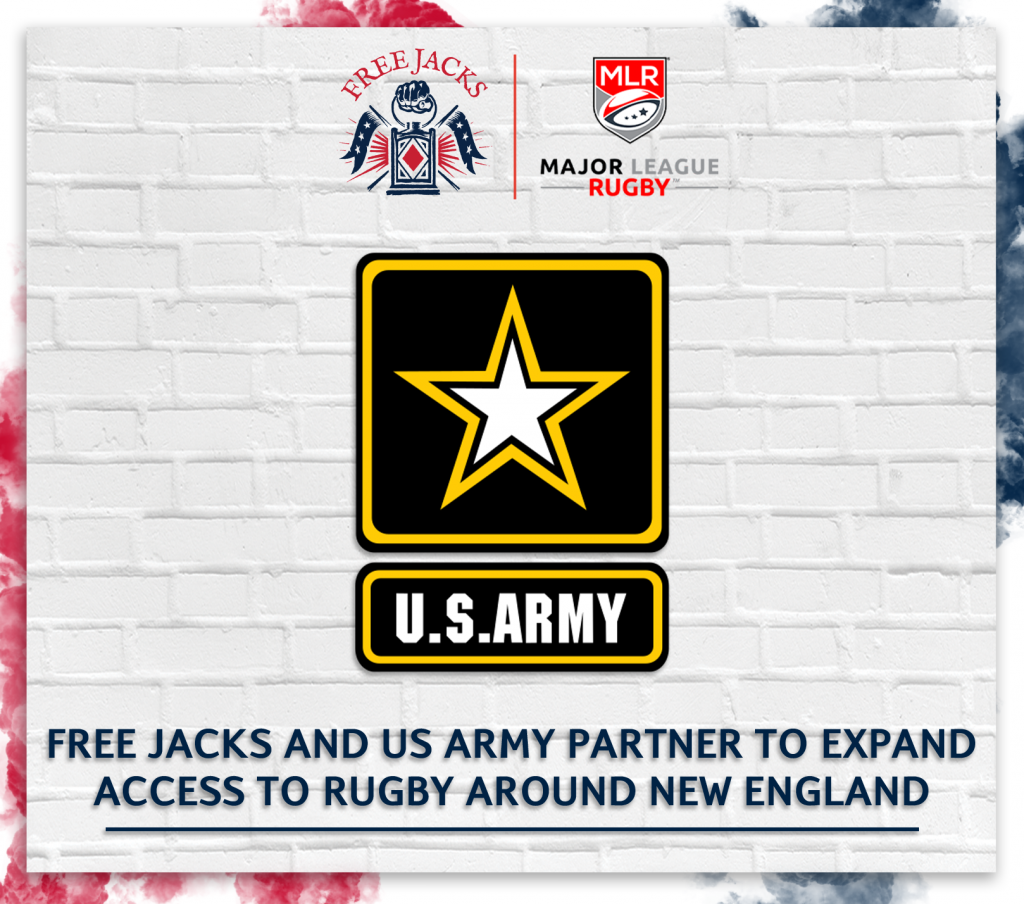 “The game of rugby and the U.S. Army share many of the same values,” commented Free Jacks Co-Founder and CEO, Alex Magleby. “Rugby is built on the principles of integrity, passion, solidarity, discipline and respect and the U.S. Army recognizes the strength in the foundation of those learnings. We are excited to partner with the U.S. Army who have come onboard to help in our efforts to support rugby, community, and youth development across New England, and have more exciting plans to increase access to the sport of rugby in the near future.”

To date, the Free Jacks community development coaches have worked with over 2,000 youth, high school and club players ranging from first-time rugby players to varsity programs and university teams. With the new partnership with the U.S. Army, the Free Jacks have plans to expand access to these events and host learn-to-play session across the New England region for anyone to learn the game of rugby. If you would like your region to host a community event with the Free Jacks email [email protected] today.

About U.S. Army: The U.S. Army offers more than 150 careers and provides opportunities to help individuals reach their career goals with leadership training and hands-on experience.  Learn more at goarmy.com/newengland