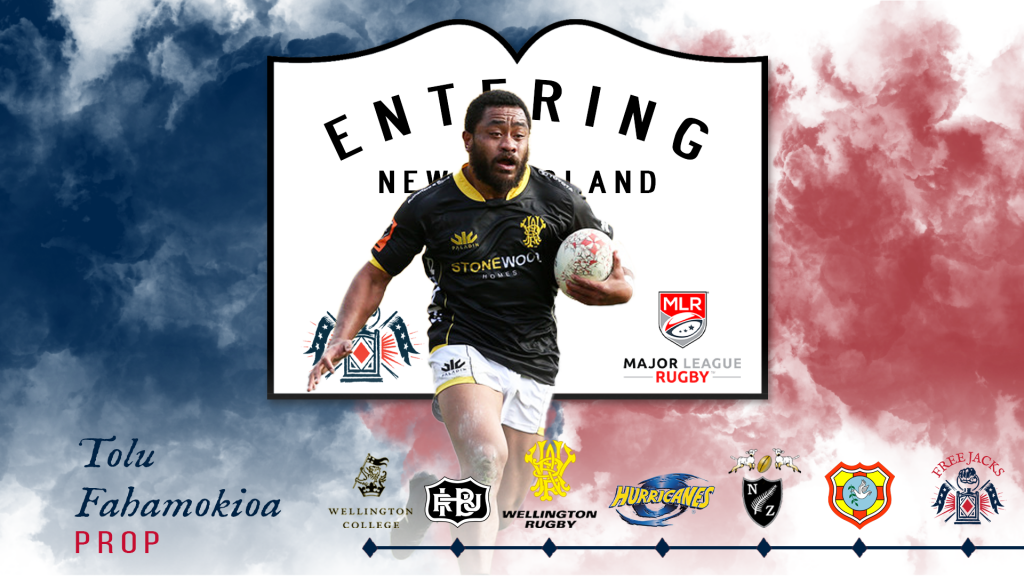 Introducing devastating Free Jacks Prop ‘Otutolu Fahamokioa. Affectionately referred to as ‘Tolu’ by teammates, Tolu has enjoyed an industrious career to date playing both sides of the scrum. He joins the Free Jacks off the back of stints with the Wellington Lions in the Mitre 10 Cup in 2017 – 2018 and 2013 – 2014 seasons. Tolu also pulled on the stripes of Hawkes Bay in 2015 – 2016 and was a regular standout for the magpies.

Tolu, 6’3″ and 250lbs, was born in Haveluloto, Tonga, and moved to New Zealand in 1999 to attend Wellington College. Tolu began his rugby career in Wellington before played his club rugby with Tawa Rugby Football Club. Following his breakthrough in the Mitre 10 with the Wellington Lions in 2014, Tolu earned a position with the Hurricanes Super Rugby development team. He earned his first cap for the Hurricanes in 2015 against the Blues.

Tolu made his debut for his home nation of Tonga in 2018 against Georgia in the Pacific Nations Cup.

In April 2017, he was named in the Provincial Barbarians side to face the British & Irish Lions in their tour opener in Whangarei on June 3. When not propping he wishes he were a flyhalf, but started out as a wing getting demo’ed by Julian Savea!

To catch Tolu in action next year with the rest of the Free Jacks be sure to select your seats for the 2020 season in Major League Rugby while they are still available! Head to foundingmember.freejacks.com or click the tickets link above to get your seats today.