Precision Passer, John Poland, Boots Up For Another Round With New England Heading Into 2022 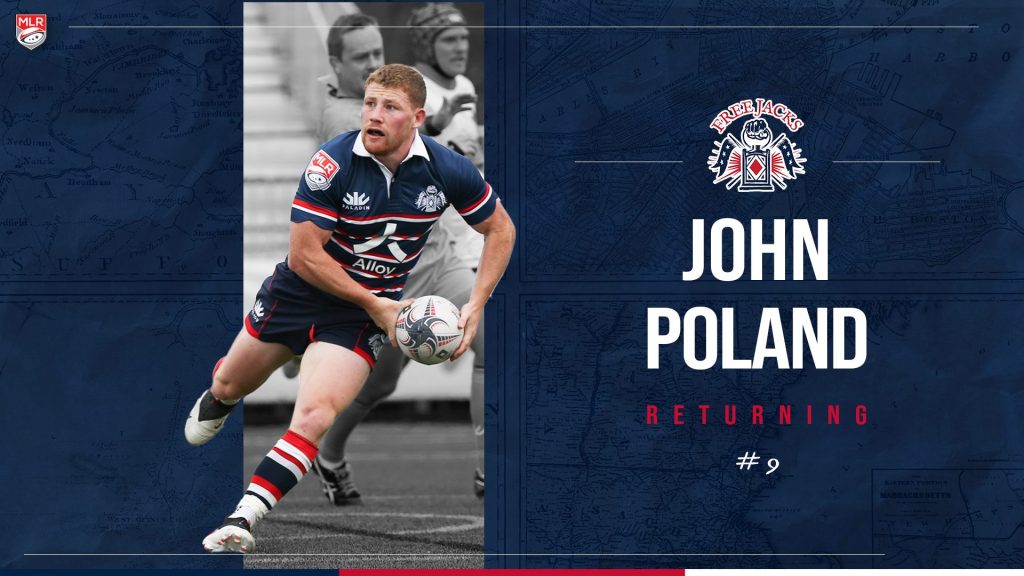 No luck involved when it comes to the Irish scrum-half, Poland looks to hit his target this MLR season

Boston, MA — October 26, 2021 — As we near closer to the start of the 2022 season, the Free Jacks look forward to welcoming back exceptional scrum-half, John Poland. Coming in at 5’7, 170lbs, Poland’s precise passing abilities and quality kicks have allowed him to excel in such a physically competitive league. The Irishman looks to carry his skillful performances into this upcoming MLR season.

The Free Jacks took advantage of Poland’s high level skill set in 2021. With the 11th most kicks in the league, Poland booted the ball 77 times last season with a total of 1,802 kicking meters. The starting scrum-half moved the ball down the field on his feet as well, making 8 line breaks and shaking 12 tackles throughout the season, finishing in the try zone 4 times.

“It’s great to have ‘The Little General’, JP, back for his third year in New England,” quotes Free Jacks Performance Director, Tom Kindley. “JP quickly showed how threatening he is during the abbreviated 2020 season where he scored 4 tries, and carried for 184 meters across 5 games.

“Generally renowned as one of the top 9’s in the league, JP has an outstanding ability to manage matches with a top quality kicking game while being able to flip a match on its head at a moment’s notice through his game-noise and speed. JP had a strong 2021 season, starting all 16 games and as importantly, was able to impart knowledge to fellow New England 9’s, Sean Yacoubian, Oliver Engelhart and Tom Brusati, during his tenure in New England.”

A fan favorite in New England due to his ability to create plays in impressive fashion, Poland will look to bring the same impactful rugby prowess to Veterans Memorial Stadium come next spring.