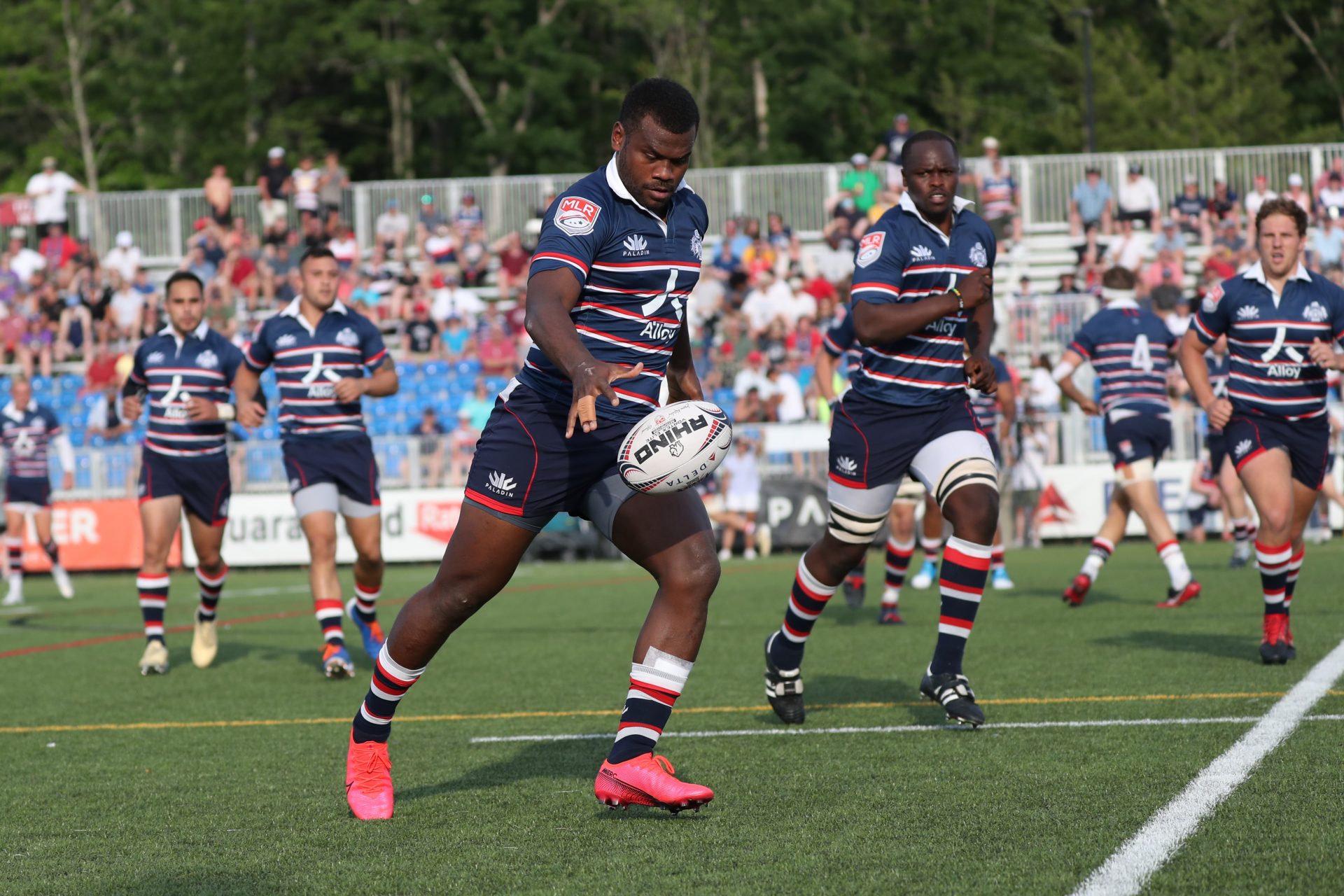 Dallas, TX — November 9, 2021 — Rhino Rugby will return to Major League Rugby (MLR) as the league’s Official Ball and Preferred Equipment Supplier for the 2022 season. Extending a partnership that began in 2020, MLR is proud to announce that Rhino will be renewing their commitment to MLR for the upcoming fifth season.

“As the highest standard of rugby in North America, we have to provide the best equipment on the pitch for our athletes, and Rhino Rugby will continue to make that possible,” said MLR Commissioner George Killebrew. “Rhino’s reputation combined with the high quality of their ball will continue to be a strong partnership for MLR.”

Currently the official ball of Rugby Europe and Asia Rugby and domestically used in the Collegiate Rugby Championship (CRC) the past several years, the Vortex Elite ball will continue to be used by all 13 teams as the official MLR match ball. Its unsurpassed high-quality construction features Rhino’s signature Aerosensa Technology, a patented laminate that includes unique aerodynamic properties. MLR teams will also be utilizing Rhino’s Hurricane practice balls.

“Rhino is honored to return as the official match ball of MLR for the 2022 season,” said Rhino Chief Financial Officer Keith Mirsky. “We are committed to supplying MLR with quality balls, training equipment and protective gear and fully support the League’s efforts to grow the game in North America.”

About Major League Rugby: Major League Rugby is a professional sports league entering its fifth season that represents the highest level of rugby competition in North America. The League evolved from seven teams in 2018, to 13 teams in 2021, featuring 12 from the United States and one from Canada. Matches are televised on CBS Sports Network, Fox Sports 1 and Fox Sports 2, among other national and local market platforms. Select matches are available to stream live in North America on The Rugby Network, and all matches are available on The Rugby Network for international fans. MLR prides itself in fostering intense and high-stakes competition while bringing together a passionate community built on the values of Respect, Inclusivity, and Tradition. For more information about MLR, visit www.MajorLeague.Rugby.

About Rhino Rugby: For 40 years, Rhino Rugby has been outfitting the world’s best rugby athletes with premier balls, equipment and apparel needed to compete at the highest level, while representing the core values of rugby; toughness, reliability, integrity, heritage and team spirit. With a proven record of delivering superior rugby products, leading universities, clubs and professional and international teams turn to Rhino for their rugby needs. Rhino was recently appointed Official Supplier to the world famous British & Irish Lions for a fourth consecutive tour – to South Africa in 2021, and has supplied England for over 25 years. Rhino has supplied match balls to the British & Irish Lions, the PRO12, the Super League and Global Rapid Rugby (GRR) and has supplied all training equipment and pitch kits to the Rugby World Cups in 1991,1995, 2011, 2015 and 2019.