USA Selects Scrum Half, Sean Yacoubian, Returns For The Second Year Of His New England Contract 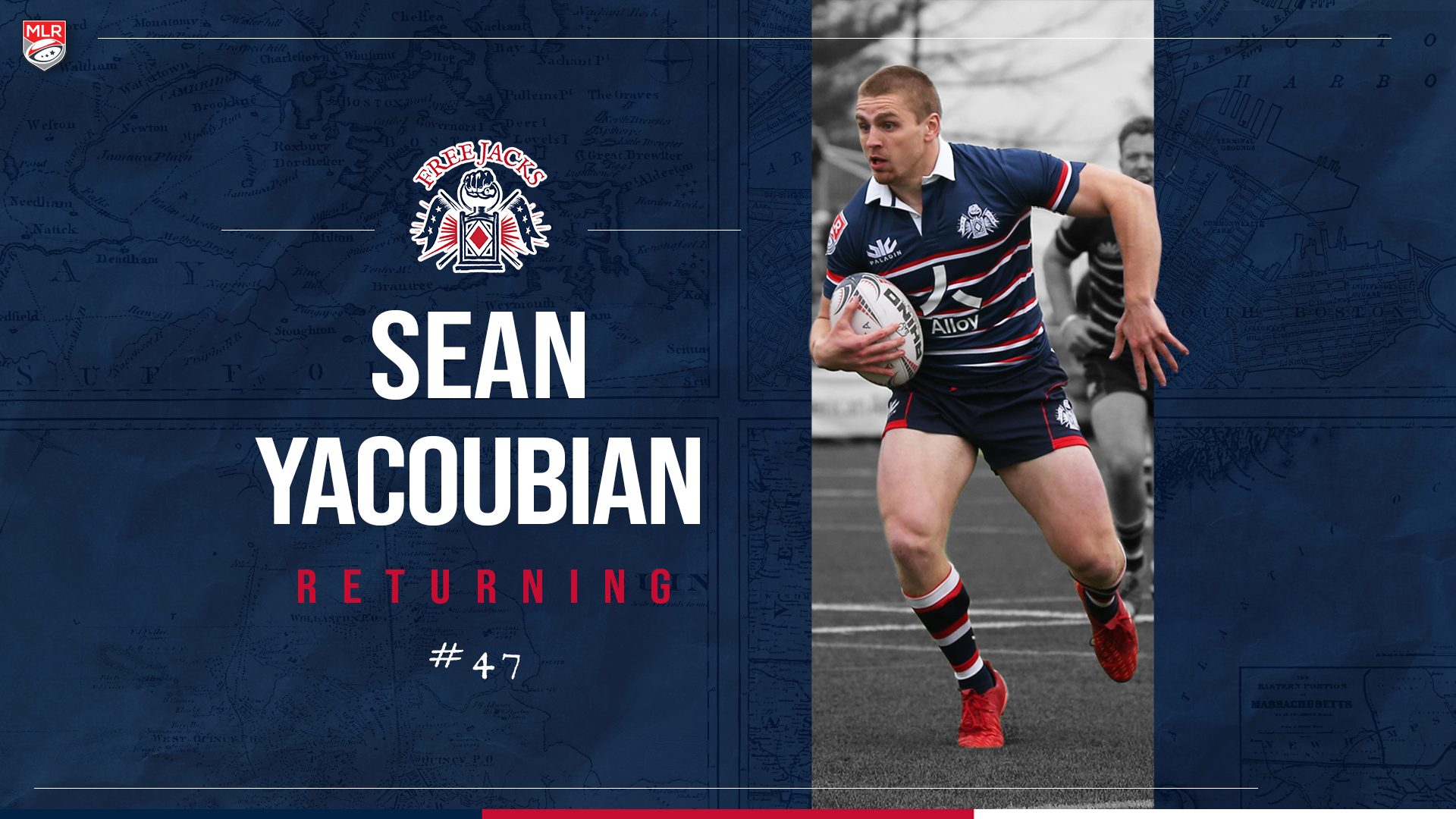 After an injury ridden 2021, the determined Yacoubian looks to make a major comeback in the 2022 season

Boston, MA — October 29, 2021 — The Free Jacks welcome back skilled scrum half, Sean Yacoubian to the second year of his three year contract. The 5’9” 200lb player from Saint Mary’s College is coming off an unfortunate 2021 ridden with injuries, but looks to bounce back in the upcoming MLR season.

Although missing out on much of last season, Yacoubian is already back on the pitch in peak condition. Recently chosen for the USA Men’s Selects roster for the 2021 Americas Pacific Challenge, Sean is currently in Uruguay competing against high-level competition in the MLR off-season. Their final match goes down on October 30th against Chile.

“Sean Yacoubian is the ultimate team man,” Free Jacks Performance Director Tom Kindley states with enthusiasm. “He had abysmal luck during 2021 with back to back injuries but kept his head up the whole time and was ultimately chosen for the USA Selects for the ARC.

“Sean is a player with fantastic work ethic who adds immense value to our side through his demeanor. He’s talented enough to push both John Poland and for a spot at international level in due course, so we are excited to see him string some games together and show us what he can do.”

Growing up in Scotland, Yacoubian worked his way up to a Scotland U20’s selection in his teen years where he earned his first junior cap coming off the bench for the final U20 6 Nations match against Wales in 2014.

In 2017 Sean moved to the US, transferring to Saint Mary’s College in California where he started at scrum half for the Gaels. During his time there, Yacoubian helped bring the team to the USA Rugby D1A quarter finals twice, where he was nominated as the Saint Mary’s 2019 MVP and Ironman Award winner. Not to mention, Yacoubian was also recognized as a two time, first team Collegiate All-American for his performances on the pitch.

The Free Jacks organization is excited to see Yacoubian return to game form for the upcoming 2022 MLR season. Stay tuned to see the highly anticipated scrum half as well as the rest of the Free Jacks as they boot up to take on the rest of the league.
About The Free Jacks:  The Free Jacks are an aspiring and innovative live events, media, and consumer products organization. The core brand in the portfolio is The New England Free Jacks, the humble hard-working free-spirited professional rugby team competing in the emergent and exhilarating Major League Rugby (MLR), the premier North American professional rugby competition. For more information please visit www.FreeJacks.com