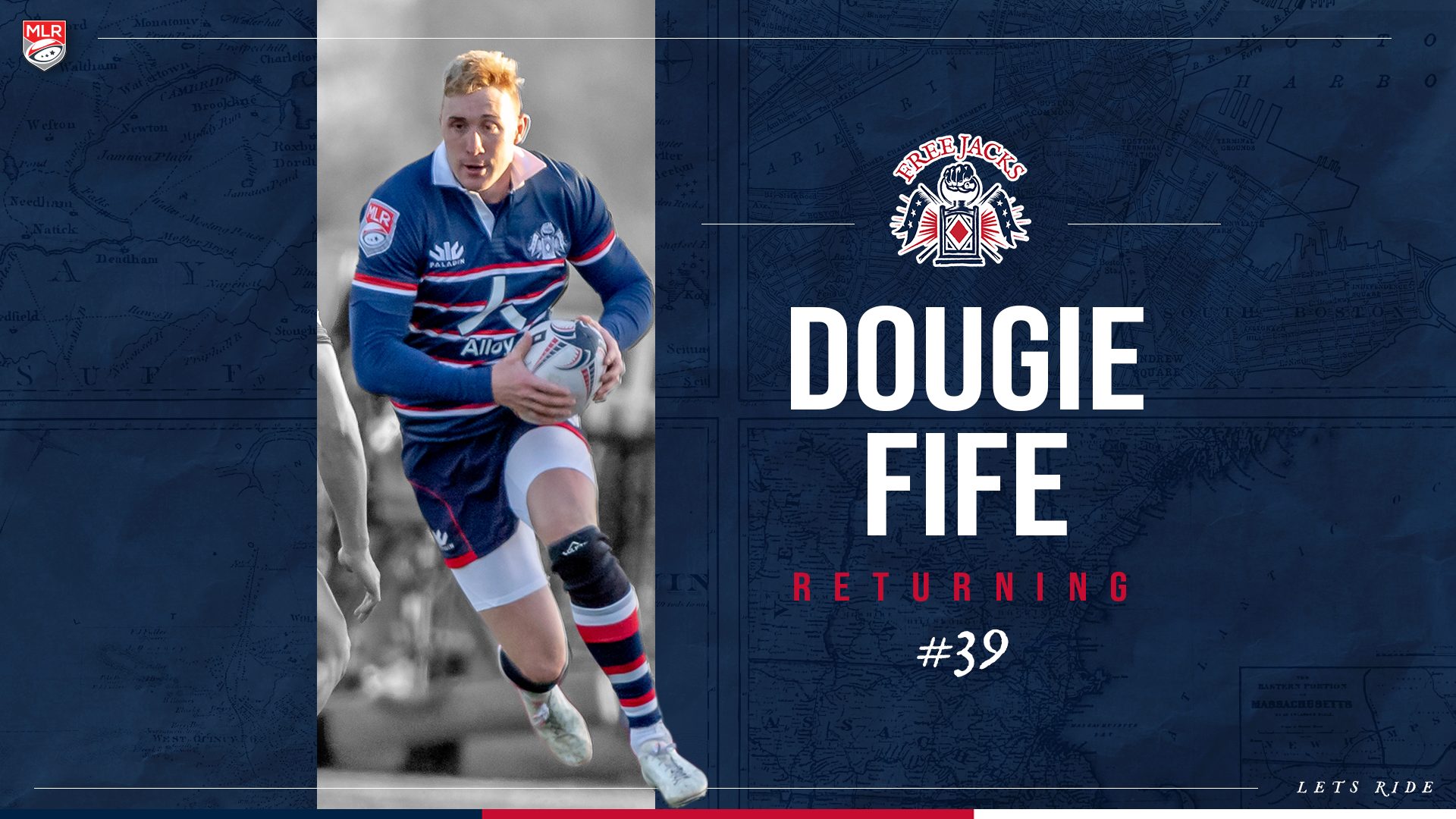 With the 2nd most linebreaks and 5th most tries in the MLR, Fife looks to tear up the pitch once again in 2022

Quincy – September 27, 2021 – New England will welcome back Scottish International, Dougie Fife, for the 2nd year of his Major League Rugby contract. A standout Free Jack on and off the pitch, and a definite fan favorite, the 6’2, 210 lb dynamic back made a mark on with New England during the 2021 season.

“Dougie quickly proved to be one of the most lethal attacking threats in the league this season, highlighted by his top finishes in multiple aspects of the game,” said Free Jacks Performance Manager, Tom Kindley.

“A man of few words, Dougie played tough and showed his versatility, making appearances at both outside center and fullback. Dougie’s try-scoring endeavors and affectionate personality endeared him to the Boston Fans, culminating in a Braveheart themed Dougie Fife appreciation day at the end of the 2022 season.”

“We look forward to seeing the Fifester continue to enjoy his rugby in his newfound home of Boston for a long time to come.”

Having recorded the 2nd most linebreaks across Major League Rugby 2021, Fife was consistently a threat with ball in hand, getting beyond the defensive line a total of 18 times throughout the season,  off a total of 126 carries. He also finished with the 4th most running metres in the league with 1,129m and tied for 5th in tries scored, earning 6 five-pointers and 3 automatic seven-pointers totaling 51 points for the Free Jacks by the end of July.

Fife played the bulk of his rugby representing Scotland in both 15s and 7s. With his track record overseas winning multiple championships over his 10 years of experience, it should be no surprise the amount of production Fife was able to transfer over to the New England. Look forward to seeing his world class athleticism on the field in the upcoming season.