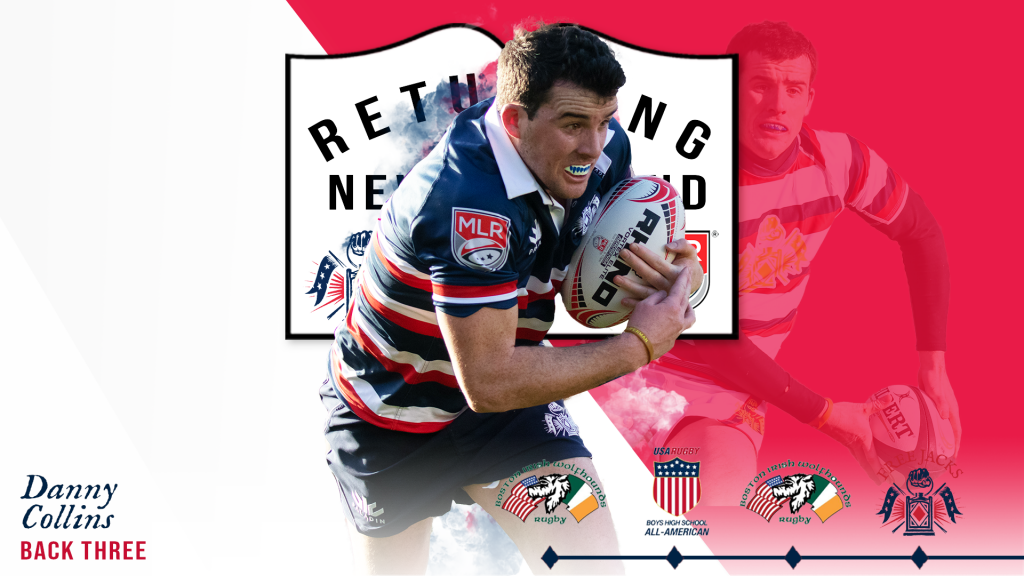 BOSTON, MA — February 16, 2021 — The New England Free Jacks have re-signed sensational local winger, Danny Collins, for the 2021 Major League Rugby season. Collins was an integral part of the 2020 Major League Rugby and Cara Cup campaigns and established himself as an offensive threat across the MLR.

“I’m very excited to get back to work with the boys and contribute any way I can,” commented Danny. “I am grateful for the opportunity to play rugby at the highest level again and continue to develop my game with a great team.”

Collins is an energetic and dynamic winger who can cover all positions in the back three. Having played 11 games for the Free Jacks to date, Collins had a standout Cara Cup against the Irish province sides in 2019 and impressed teams across the MLR with his footwork. Collins made 4 appearances during the abbreviated 2020 season, earning his first try in Major League Rugby against reigning champions, Seattle Seawolves, in the round 4 clash at Starfire Stadium.

“We are delighted to have Danny on board for the 2021 campaign,” commented Tom Kindley, Performance Analyst. “A local product and fan favorite, we saw glimpses of his capabilities during the Cara Cup and the 2020 season. We are looking forward to seeing Danny continue to develop his game this year and grow into a dominant attacking threat”

One of the first Free Jacks, Collins played in the three 2018-2019 exhibition season matches against the Ontario Arrows, Rugby United New York, and the Utah Warriors. Danny is a hard-hitting hard-working humble Bostonian representing so well many of the attributes of a Free Jack.