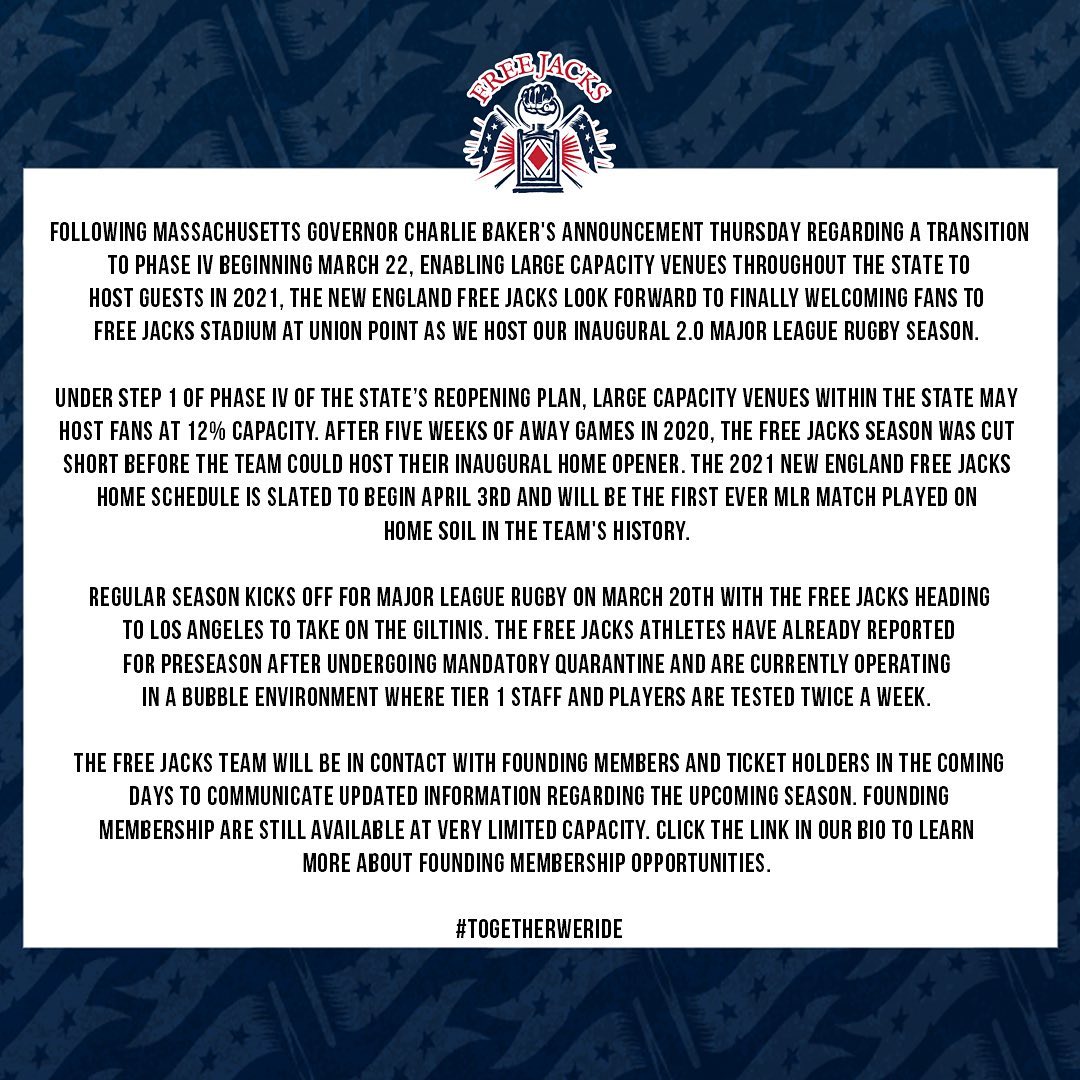 Under Step 1 of Phase IV of the state’s reopening plan, large capacity venues within the state may host fans at 12% capacity. After five weeks of away games in 2020, the Free Jacks season was cut short before the team could host their inaugural home opener. The 2021 New England Free Jacks home schedule is slated to begin April 3rd and will be the first ever MLR match played on home soil in the team’s history.

Regular season kicks off for Major League Rugby on March 20th with the Free Jacks heading to Los Angeles to take on the Giltinis. The Free Jacks athletes have already reported for preseason after undergoing mandatory quarantine and are currently operating in a bubble environment where Tier 1 staff and players are tested twice a week.