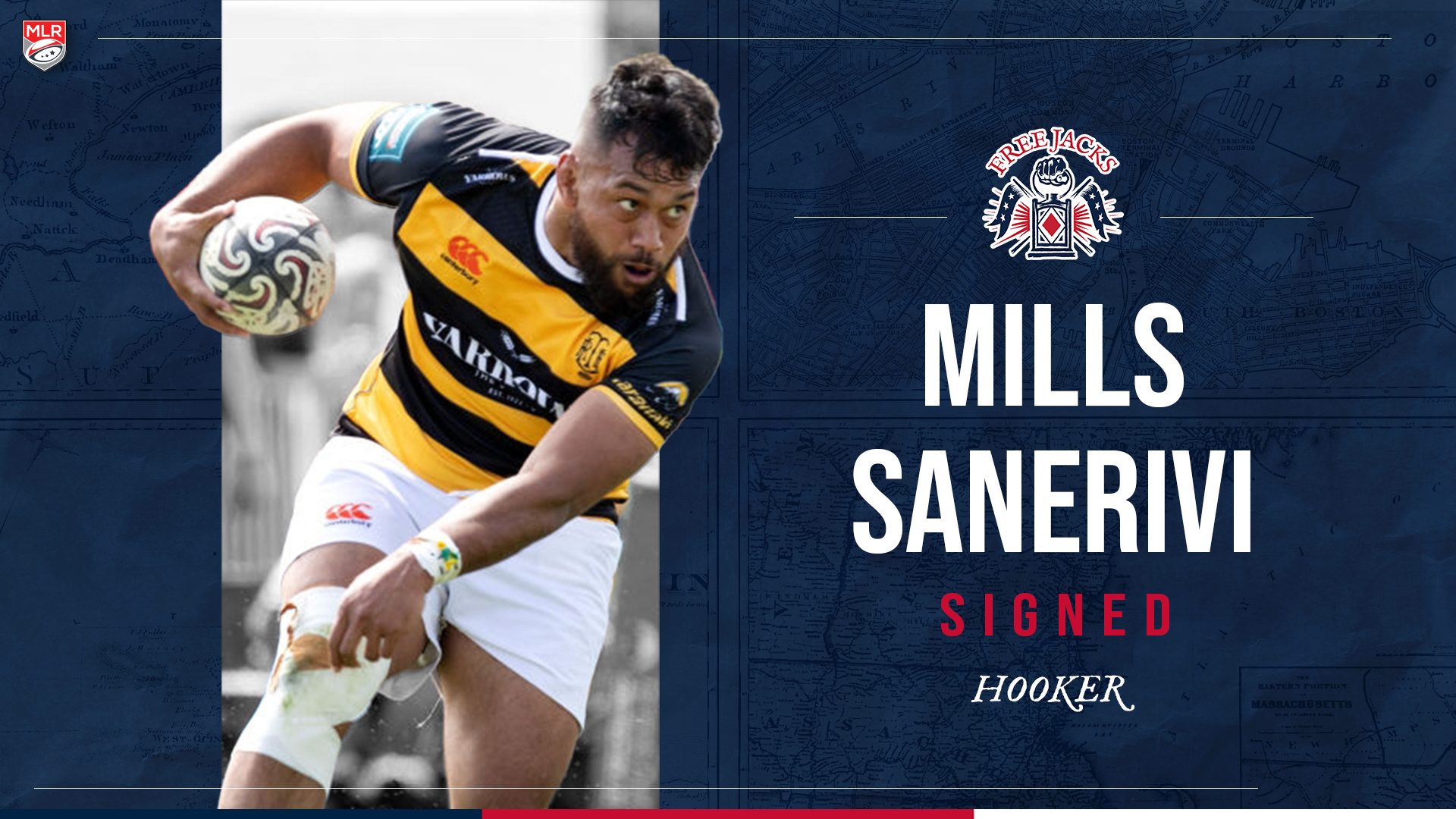 Boston, MA — December 18, 2021 — The Free Jacks are pleased to announce the signing of New Zealand front rower Mills Sanerivi through the 2023 season. At 5’9”, 250lbs, Sanerivi is a sizable foe to opposing MLR forward packs.

“Excited to join the free jacks to hopefully add value to this promising organization and team,” exclaimed Sanerivi when asked about his future with the Free Jacks. “Looking forward to being a part of this team’s growth and success next year.”

In his earlier days, Sanerivi started out playing for the local clubs such as the Manukau Magpies and the Mangere East Hawks. The New Zealand native entered King’s College in Auckland where he played alongside the likes of Free Jacks star flanker Joe Johnston. In 2018, Sanerivi would eventually earn the title of 1st XV captain.

In 2019, Sanerivi’s standout performances earned him captaincy of the U19s Taranaki Squad competing in the Jock Hobbs Tournament. His leadership and dedication on the pitch helped steer the team to victory as they finished with the Sir Michael Jones trophy. He then went on to represent the Taranaki U20s as well as the Taranaki Development squad in 2020.

As he continued to impress throughout the different tiers of the Taranaki organization, Sanerivi was able to make his debut with the Bulls’ main squad this year. Along with this, Sanerivi was also selected to the New Zealand Barbarians squad this past month. With little preparation, the Barbarians played their first match against the New Zealand Heartland XV with a 36-24 win.

“It is a real coup for the Free Jacks to recruit a young player of Mills Sanerivi’s pedigree,” commented Free Jacks Assistant Coach, Mike Rogers. “Mills is a powerful, hard hitting, and carrying hooker who can also play in the back-row.  The most impressive aspect of Mills is his character. He is well grounded and acutely aware of his why, an outstanding young man.”

A well respected player on every level of New Zealand rugby, Sanerivi looks to bring his talents over to the New England pitch this upcoming season. See the newest addition to the Free Jacks front row at Veterans Memorial as we head into MLR 2022.