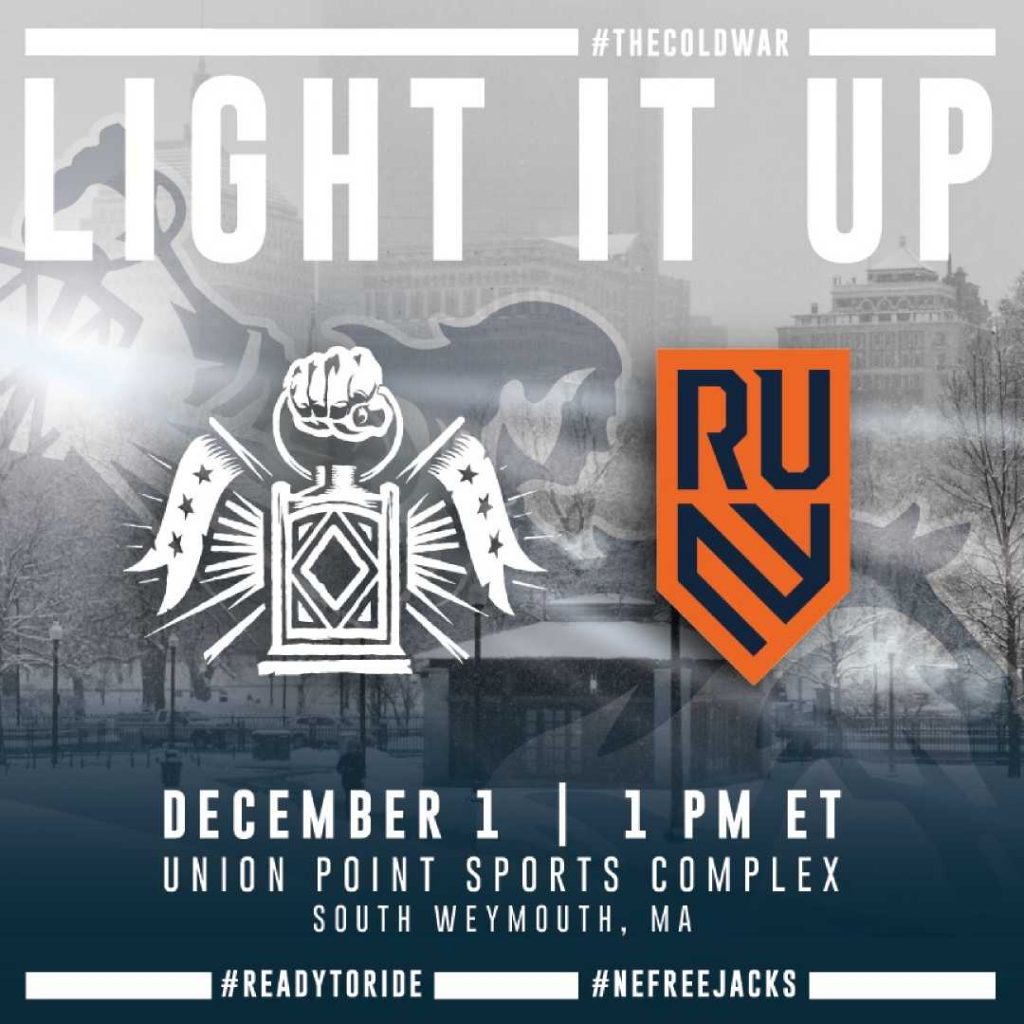 “THE COLD WAR” FRIENDLY TO BE HELD AT UNION POINT IN WEYMOUTH, MA, ON DECEMBER 1 AT 1 PM

“RUNY is a quality outfit. They have recruited talent well for their first year into MLR, on top of a good local rugby market, and with Mike Tolkin have a tremendous coach at the helm,” noted Free Jacks CEO Alex Magleby. “For us it will be a fun challenge to learn a bit more about ourselves before we plow into a formidable and awesome spring exhibition season.”

The inaugural “Cold War” between rivals New England and New York will be the Free Jacks first foray in the local market, providing much needed repetitions for the region’s emerging elite rugby talent to play in front of a home crowd before an action packed 2019 exhibition season, including the recently announced competition with the four Irish provincial teams—Connacht, Leinster, Munster, and Ulster in March & April 2019.

Rugby United New York enters the Major League Rugby competition this season and will use the match to fine tune ahead of the January 2019 MLR regular season kickoff.

“New York and New England have had an intense rivalry stretching back to Colonial America. There is no better way to celebrate the beginning of professional rugby in the northeast than a showdown between the Free Jacks and RUNY,” said RUNY General Manager, James English. “It’s a great opportunity and test for us against quality opposition as we start building towards our inaugural MLR season.”

The event’s admission will be free to the public, and will be standing room only. The “rugby festival” begins at noon ET with quality pre-game food and beverages on-site leading into a 1:00pm ET kickoff.