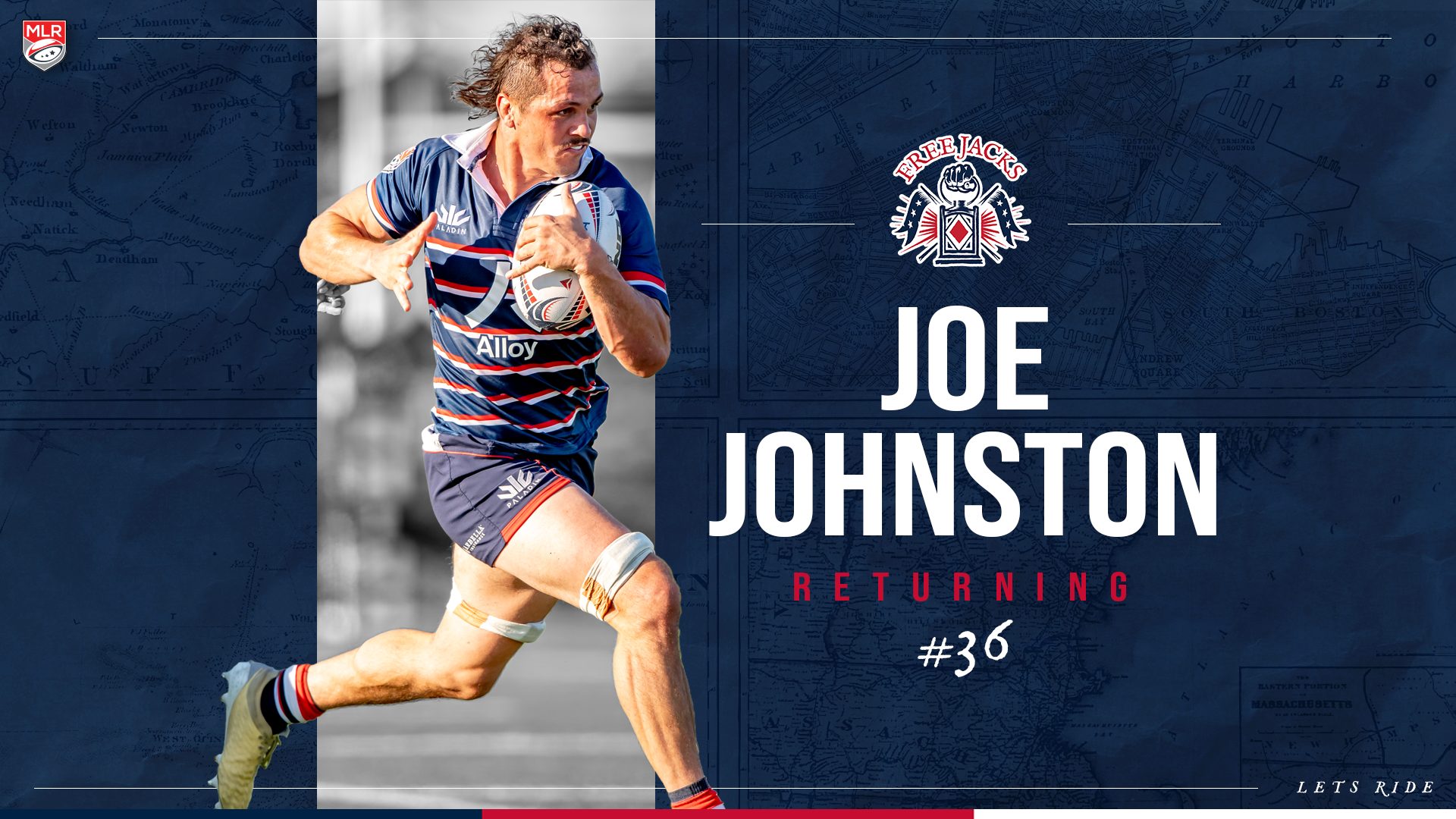 One of New England’s most impactful players in the forward pack, Joe Johnston prepares to make his return to New England for his second season with the Free Jacks. After a dominant first year on the pitch, the 23 year old, 6’2, 225lb back-row forward is likely to be key to New England’s success in the upcoming Major League Rugby season.

Defensively, Johnston was a force to be reckoned with. He finished the 2021 MLR season as one of the most decorated loose forwards in the competition. With 187 successful tackles and 13 breakdown steals in his 14 matches, Johnston ranked third and second respectively across the league. His considerable defensive presence had the ability to turn games and create opportunities for counter attack across the field.

A tenacious ball carrier, Johnston made himself known to opponents with the ball in hand, often creating seams in the 15 meter channel for offload opportunities or recycling Free Jack’s attacking phases. Johnston concluded the season with 26 tackle breaks, earned 625 meters from 102 carries and found himself with 3 meat pies.

Off the field Johnston grew into a strong leader, and earned the appointment of interim captain late in the season in the absence of team captain Josh Larsen.

“Joe is highly respected by his teammates and leads by example week-in week-out,” said Free Jacks Performance Manager, Tom Kindley. “His game sense and physicality make him a menace on both sides of the ball which can be seen in his numbers.”

“Joe ‘The Mechanic’ Johnston proved a form flanker within MLR during the 2021 season, expressing a tireless style of play that quickly resonated with Free Jacks fans. We are looking forward to seeing Joe continue to grow and add tools in our environment where we are sure his game will go to yet another level.”

Prior to joining the Free Jacks, Johnston proved his worth playing for Bay of Plenty in New Zealand’s Mitre 10 Cup. His performances overseas caught national attention, eventually earning him an MLR contract. With already deep roots in Boston, the city in which his mother grew up and father played rugby, Johnston has made a second home in New England, and prepares to bring his ferocity back to the pitch as a leader in 2022.