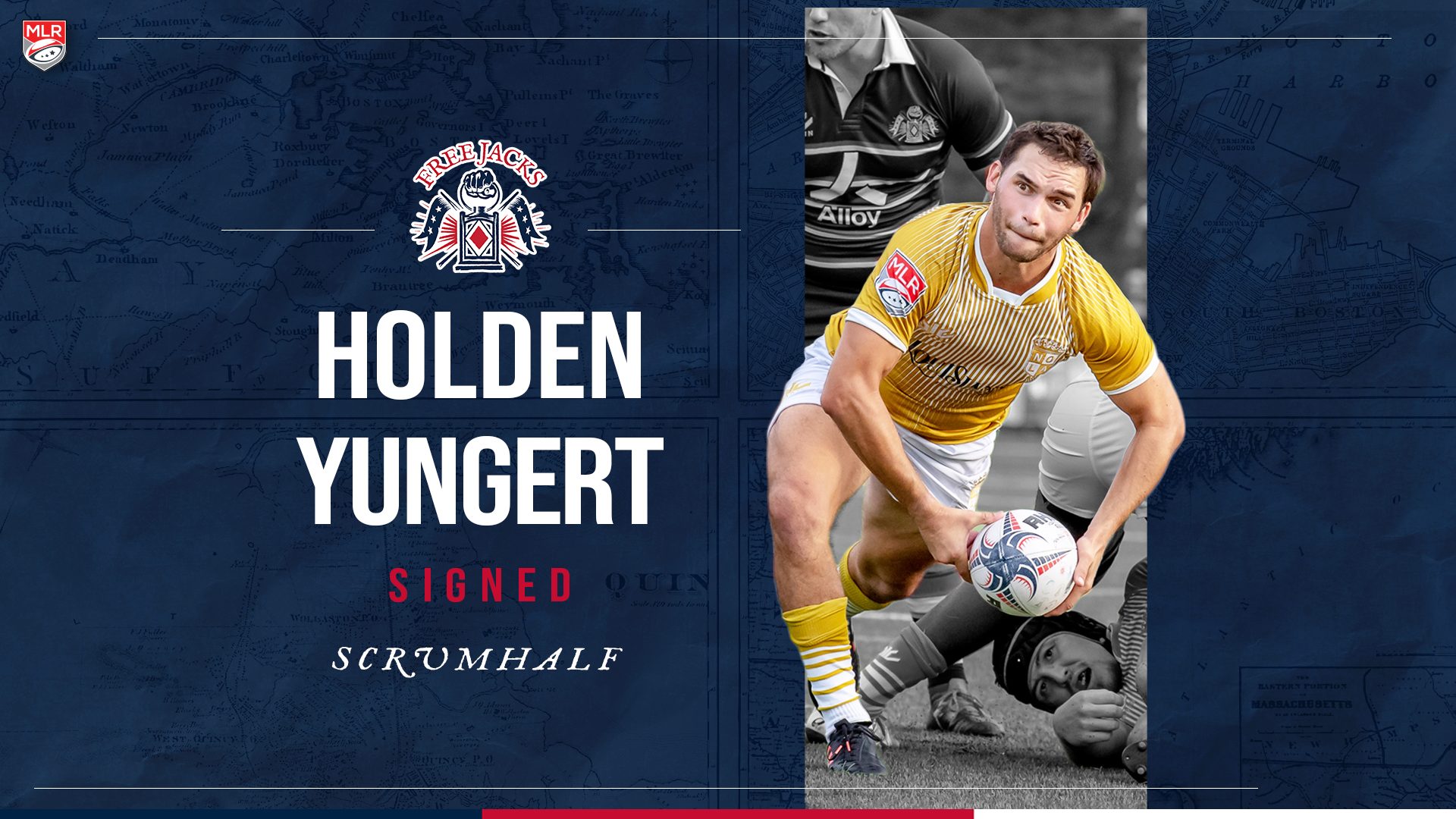 Boston, MA — November 2, 2021 — The Free Jacks are pleased to welcome NOLA Gold scrumhalf Holden Yungert to the playing roster for the 2022 season. With four seasons of Major League Rugby experience under his belt, the 5’10”, 185lb California native adds depth and competition to New England’s 9 spot. Yungert has been signed to a three year contract that will see him in Free Jacks colors through the 2024 season.

A proficient and tactical passer, Yungert Has been an essential component of New Orleans’ lineup since their inaugural season in 2018. Holden was selected to NOLA’s starting fifteen in 11 matches during the 2021 season, making him no stranger to the fierce competition of the MLR. The 28 year old finished his recent season strong with 123 carry meters, 618 passes, and a try. Yungert’s boot was also a major asset for NOLA, as he sent the ball 886 kicking meters throughout the season and made 6/8 goal kick attempts.

“Holden is a tremendous competitor who plays with his heart on his sleeve, a trait that will be well received by Free Jacks fans,” exclaims Free Jacks Performance Director, Tom Kindley. “He has proven to be among the best 9’s in the competition since 2018 and will add invaluable experience to our side.”

“Off the field, Holden is a fantastic ambassador of the sport. He has already sunk his teeth into supporting the grassroots in Boston playing for a local club and coaching within the academy system. ‘A really likable and well rounded bloke,’ as NOLA’s GM, Ryan Fitzgerald would say, he’s the kind of guy you can build a team culture around.”

“We are delighted to have Holden making the trip north to embark on the next chapter of his career with us and at only 28 we hope to see Holden’s game go to yet another level within our environment.”

Growing up in Petaluma, California, Yungert first started playing the great game of rugby at Petaluma High School. In 2012, the young scrumhalf moved on to Saint Mary’s College, making himself a part of a D1A Championship team in 2014, 2015, and 2017 while being named the MVP of that final run. That year, Yungert was also honored as a first-team Collegiate All-American and selected as the D1A California Player of the Month.

In 2018, Yungert’s accolades earned him a selection on the USA Rugby Selects in the Americas Pacific Challenge. The team traveled to Montevideo, Uruguay to finish second in the tournament with wins against Canada and Uruguay.

Yungert’s vast rugby experience ranging from college D1A Championships all the way to the MLR makes him a valuable asset to this Free Jacks team. As New England stocks up for the 2022 season, make sure to catch Yungert in action in his first season with the Free Jacks.