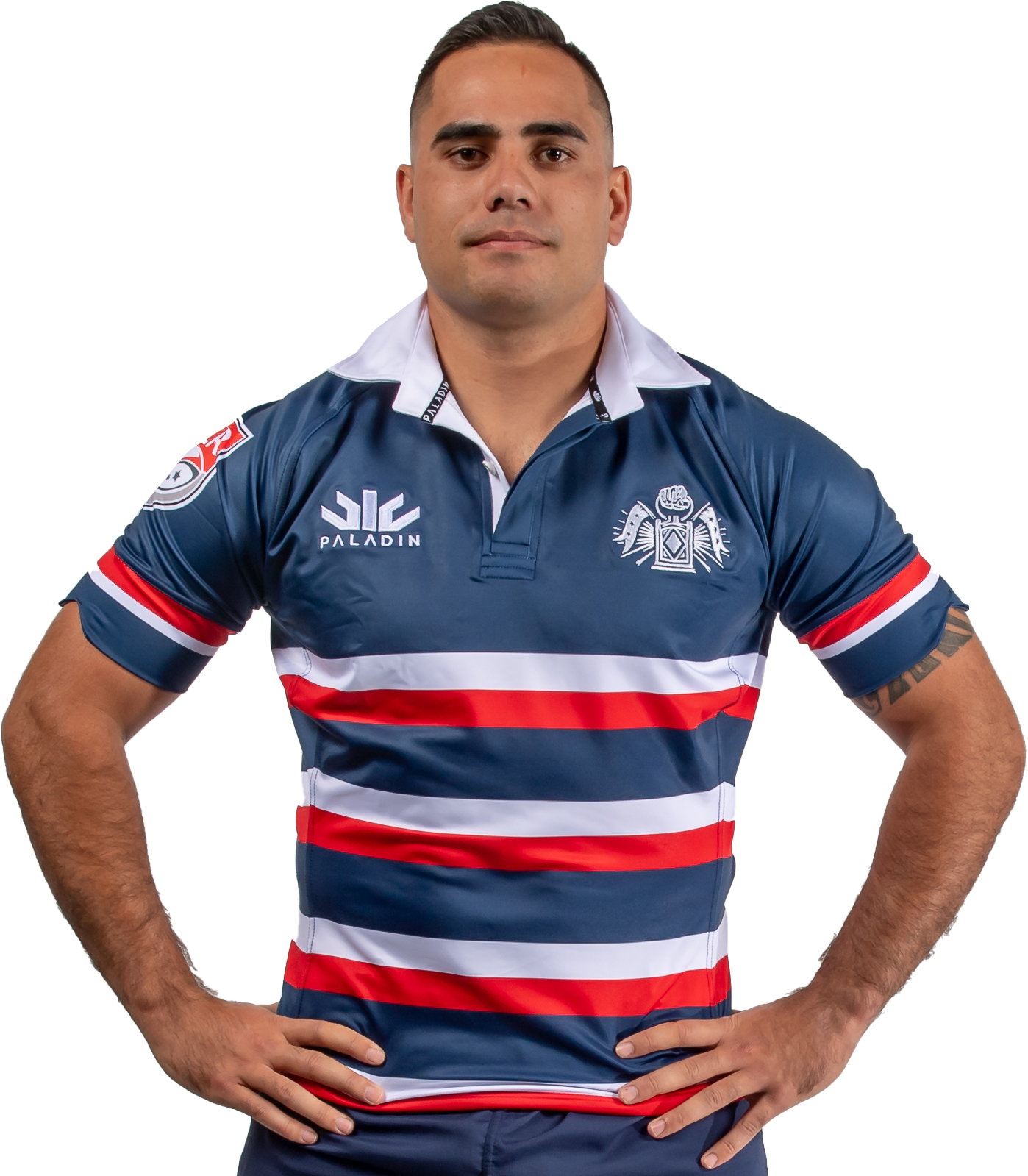 The 26-year old former New Zealand All Blacks 7s star had a profound impact on and off the field during the Free Jacks Inaugural Season has since been plying his trade for Melville in Waikato’s premier competition while training for the Mitre 10 Waikato side.

Born in Whakatane, New Zealand, Waaka attended Gisborne Boys High School and led his team to the 2011 Super 8 schoolboy title. Waaka’s eye-catching displays and 5’11, 230 lb frame earned him selection to the New Zealand Schools and Hurricane Schools squads for the 2011 and 2012 campaigns. In 2011, Waaka began playing for Melville Rugby Club before moving to Clifton Rugby Club for the 2012-13 season.

Waaka earned selection to the New Zealand All Blacks 7s squad in the World Sevens Series in 2015. Waaka’s combination of pace, power, and vision were on full display during his debut at the 2015 Wellington ’s tournament, scoring two tries and converting eight more as he helped the All Blacks claim the Wellington 7s Championship. Between 2015 and 2018 Waaka earned 70 caps for the All Blacks 7s, appearing in 14 World Sevens Tournaments and scoring 18 tries.

Waaka made his first appearance in the Mitre 10 Cup for Taranaki in 2013, starting four matches for the Bulls during his debut season. Beaudein represented Taranaki a further 29 times between 2013-18, scoring six tries and earning a Victor’s Medal for Taranaki’s triumphant 2014 ITM Cup championship season.

In 2019, Waaka signed with New England and made his debut in the opening match of the Free Jacks’ inaugural 2020 MLR Season. Waaka’s skill and experience was evident in his first appearance stateside, scoring a brace of tries in a thumping 34-14 Free Jacks victory over Rugby United New York. While the utility back missed three games due to a shoulder injury, Waaka made a forceful return for the Free Jacks’ Week 5 match against the NOLA Gold, carrying eight times for 96 meters.

With two seasons remaining on the utility back’s current contract, Free Jacks fans can expect to see plenty of highlight-reel action from Beaudein Waaka on the wing, full back, or wherever else on the pitch he may line up in 2020.