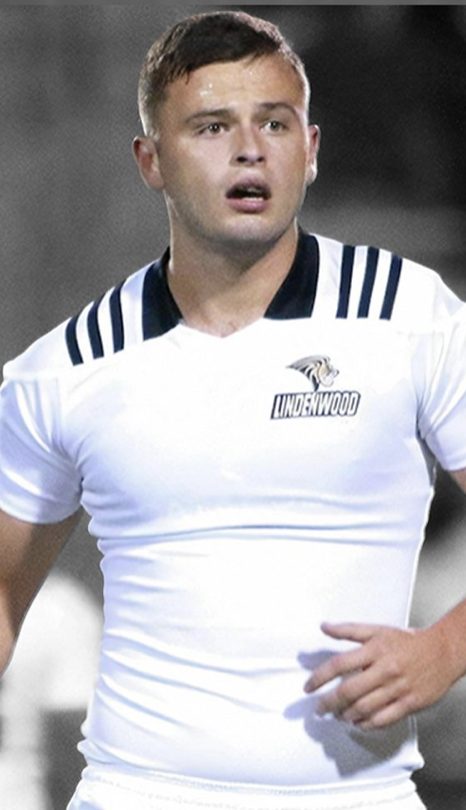 The Free Jacks are excited to announce the signing of the 8th pick in the 2021 MLR Draft, Cael Hodgson, for the 2022 season of Major League Rugby. At 6’2, 215lbs, Hodgson is a quality addition to the dynamic and dangerous New England back line.

A graduate of Lindenwood University with a bachelor’s degree in Exercise Science, Hodgson made an impact across the backline on the pitch with the Lions. Primarily playing in the #11 and #13 jerseys, Hodgson has been recognized as a hard working and strong performer at the collegiate level. As the 2020 Lindenwood top try scorer, Hodgson was selected to the Mid-South All Conference 2nd team.

Prior to beginning his studies at Lindenwood, Hodgson represented Nottingham Trent University in England competing in the Midlands Competition, earning recognition with the program’s performance squad from 2017 to 2019. Hodgson then was selected to the North Midlands U20 select side. It wasn’t until he traveled to Miami, FL for Tropical 7’s that Hodgson decided he wanted to take his talents to the US.

A graduate of the Worcester Warriors AASE Academy and a member of the Scottish Exiles U18 team in the Scotland U18 trials in 2017, Hodgson has trained and competed at the highest level throughout his schooling, and is prepared to accelerate his game in the MLR.

This past October, Cael’s high level performances landed him a spot on the USA Men’s Selects roster for the 2021 Americas Pacific Challenge. The team travelled to Uruguay to face the likes of Argentina, Chile, and Brazil, all high class levels of competition for young stars like Hodgson.

“It’s great to have Cael successfully migrated to Boston and be a part of the scenery here,” commented Free Jacks Performance Director, Tom Kindley. “He’s a good man, fits in really well, and we are delighted to have him contracted for 2022 to see what he can do.”

Originally from Bangkok, Thailand, Hodgson is an experienced athlete who has played against tough competition around the world. The first round pick’s talent will be on display as Hodgson takes his spot on the Free Jacks roster this 2022 season.