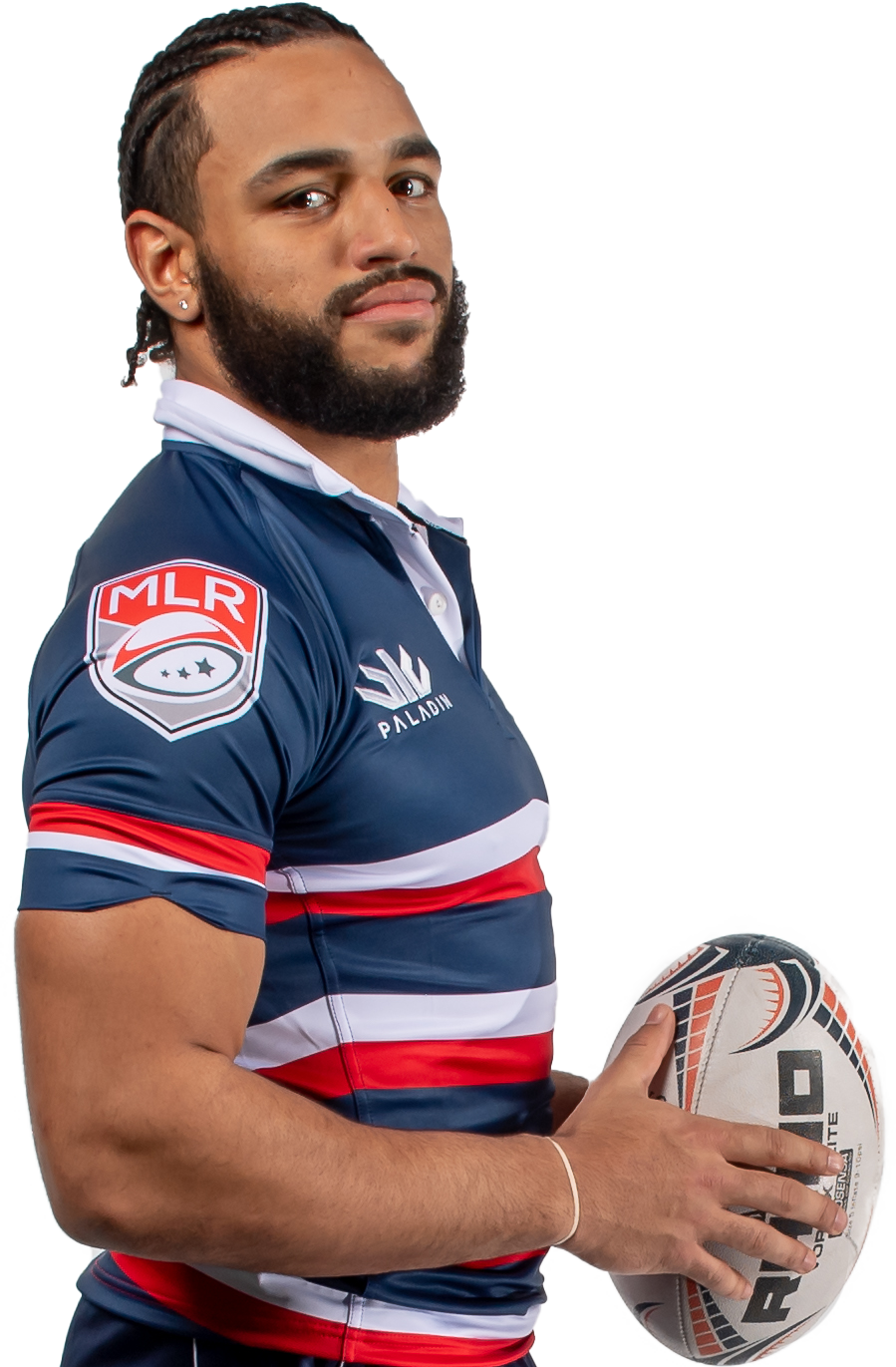 Deion Mikesell is one of the USA’s most promising and explosive outside backs. Deion excelled on the
field at Lindenwood University in both 7s and 15s. He helped drive the team to both National 7s and
Collegiate Rugby Championship titles in 2018 and earned multiple All-American caps throughout his
collegiate career. Deion proved to be a standout player in the 2018 All-American historic win over MLR’s
Glendale [Colorado] Raptors. Deion is USA Eagle #490, having made his debut for the US national team
in 2016 against Uruguay. He amassed his second cap against Brazil the following year.