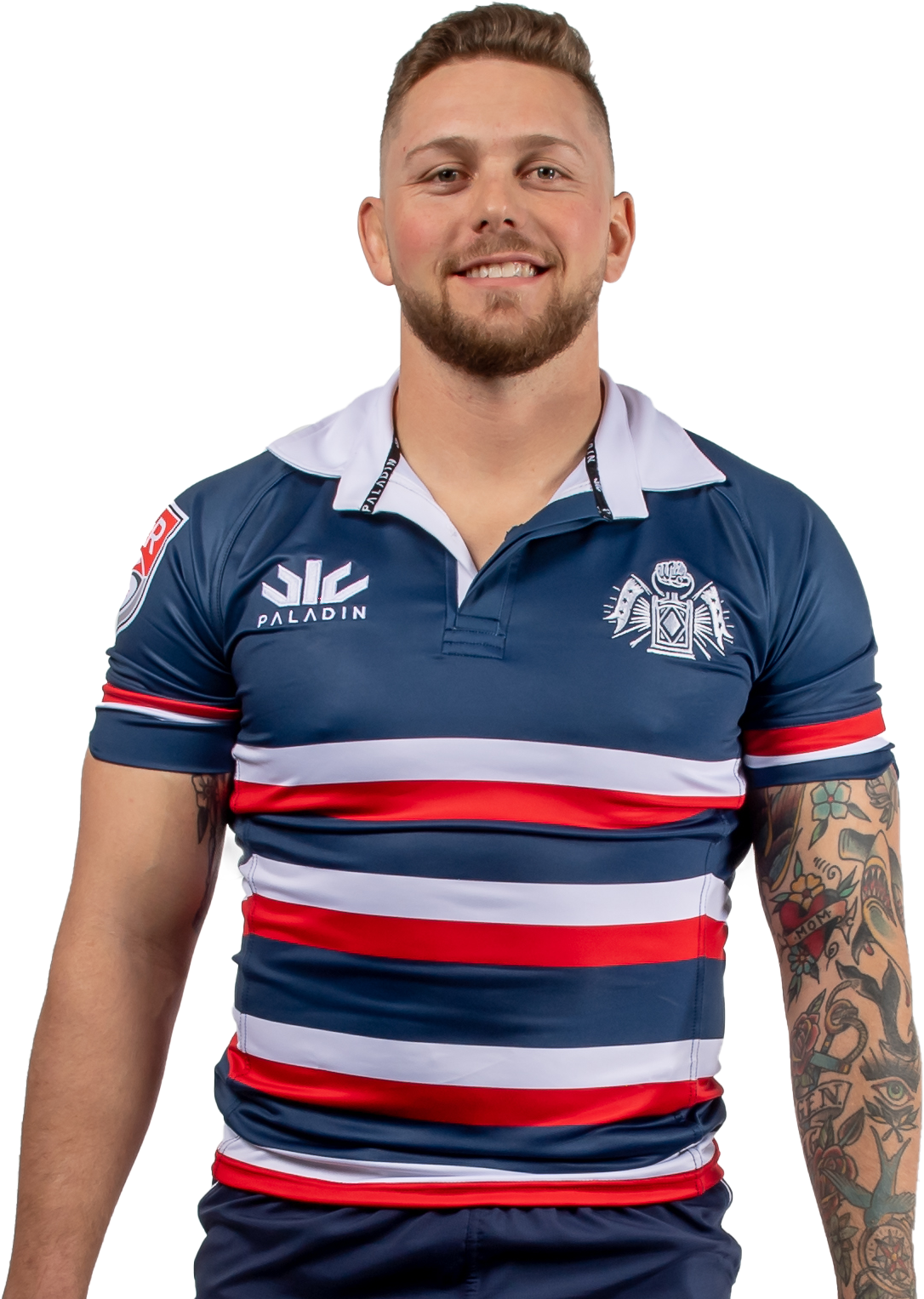 Back-row and Denver native, played baseball, football, basketball growing up and started playing rugby his senior year of high school. Received a BS in Exercise Science from Colorado State where he continued developing his rugby career.  Like tattoos, drawing, metal and fishing. Volunteers at New England aquarium in the turtle rescue department. Sea turtle is his spirit animal and used to be a screamer in the metal band @afloodforetold. Evan was selected for the USA U20s Junior All-Americans in 2013. Has played for the Denver Barbarians and Meraloma in the British Columbia premier competition. Evan joined the Free Jacks for the spring exhibition season in 2019.