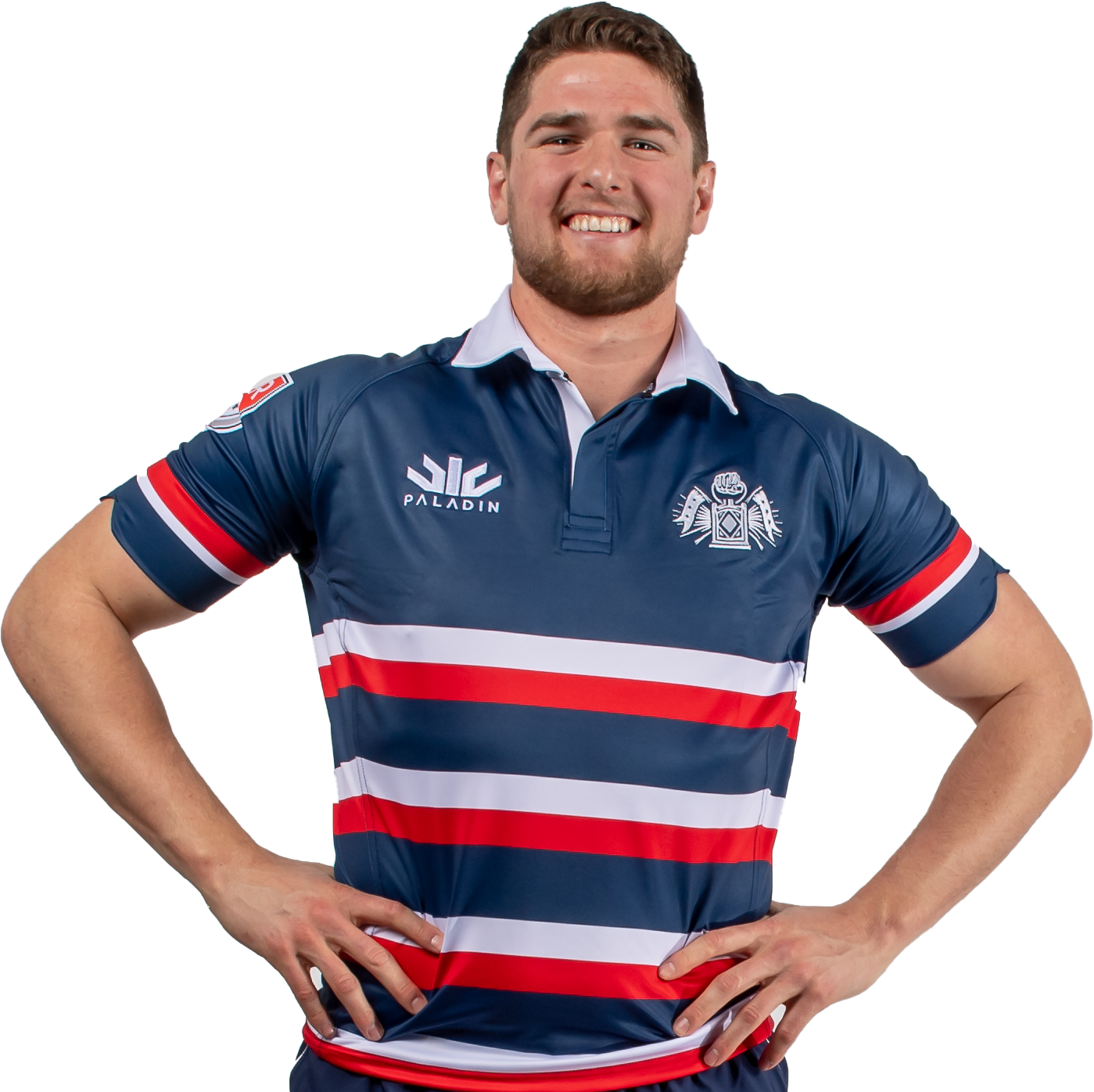 Born in Portland, OR, raised in Kalispell, MT, Jackson spent his high school days playing rugby and football. He was recruited to Lewis and Clark as a tight-end, before transferring to the University of Montana where he became a third-team all-conference offensive tackle at over 300 lbs. This Mystic River man is playing lock now for the Free Jacks, having done a few weeks with our MLR friends and rivals RUNY this spring on loan, at 6’5” 255 lb. He had an exceptionally high work rate for a big guy during the Cara Cup and as the game becomes more natural to him will be sure to shine on the highest level. He graduated with a BA Psychology from Montana and recently an MBA-Marketing from Endicott College. Jackson’s spirit animal is a Buffalo, he loves the Rolling Stones, and is also a British Citizen. Last summer he worked in marketing for Springworks Farm, an aquaponics sustainable fish farm in Lisbon, Maine. Jackson has been involved in Big Brother and Sisters of America and has volunteered for the Habitat of Humanity.