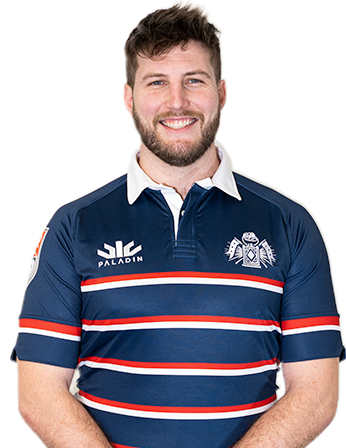 BOSTON — February 19, 2021 – The Free Jacks are excited to welcome proven MLR performer, Matt Wirken, to the playing roster for the 2021 season of Major League Rugby. Wirken joins the Free Jacks off of an impressive season with Rugby United New York during the 2020 campain, and previously with NOLA Gold during the 2019 season.

“I’m beyond excited to get involved with the Free Jacks! I’m ready to get amongst it with the boys, Coach Martin and the rest of the coaching staff. Looking forward to what the future holds for our squad!” said Wirken.

The 6’7, 270lbs lock is the tallest meerkat in Major League Rugby and thrives in the line out. Nicknamed “Jungle Man Matt,” Wirken adds a massive ball-carrying ability to the Free Jacks forward pack, having demonstrated his dangerous carrying ability with NOLA Gold in the 2019 MLR Season, during which he had 15 carries for 44 meters.

A hard-hitting home-fed Midwesterner, Wirken grew up in Kansas City Missouri where he began his rugby career with the Kansas City Blues. His strong work ethic and physical presence powered a rapid rise through domestic rugby, earning his selection to the Heart of America Select Side in his first two years playing.

“Matt is a domestic product who has demonstrated his ability at the MLR level,” commented James Willocks, Free Jacks Assistant Coach. “Matt ‘work rate ’ Wirken will add size and physicality to our pack, and we see him as a potential 2023 World Cup lock. Can’t wait to get him to work.

Wirken went on to captain the Kansas City Blue before accelerating into the professional scene. Wirken studied at Lindenwood University from 2012-2015 and graduated from Rockhurst University in 2016 with a Bachelor’s Degree in Spanish.

Off the pitch you can find Matt flexing those skyscraper eyebrows in front of the camera. Wirken balances rugby with a growing modeling career. Wirken has previously featured in campaigns for Bonobos, Target and Everlane.