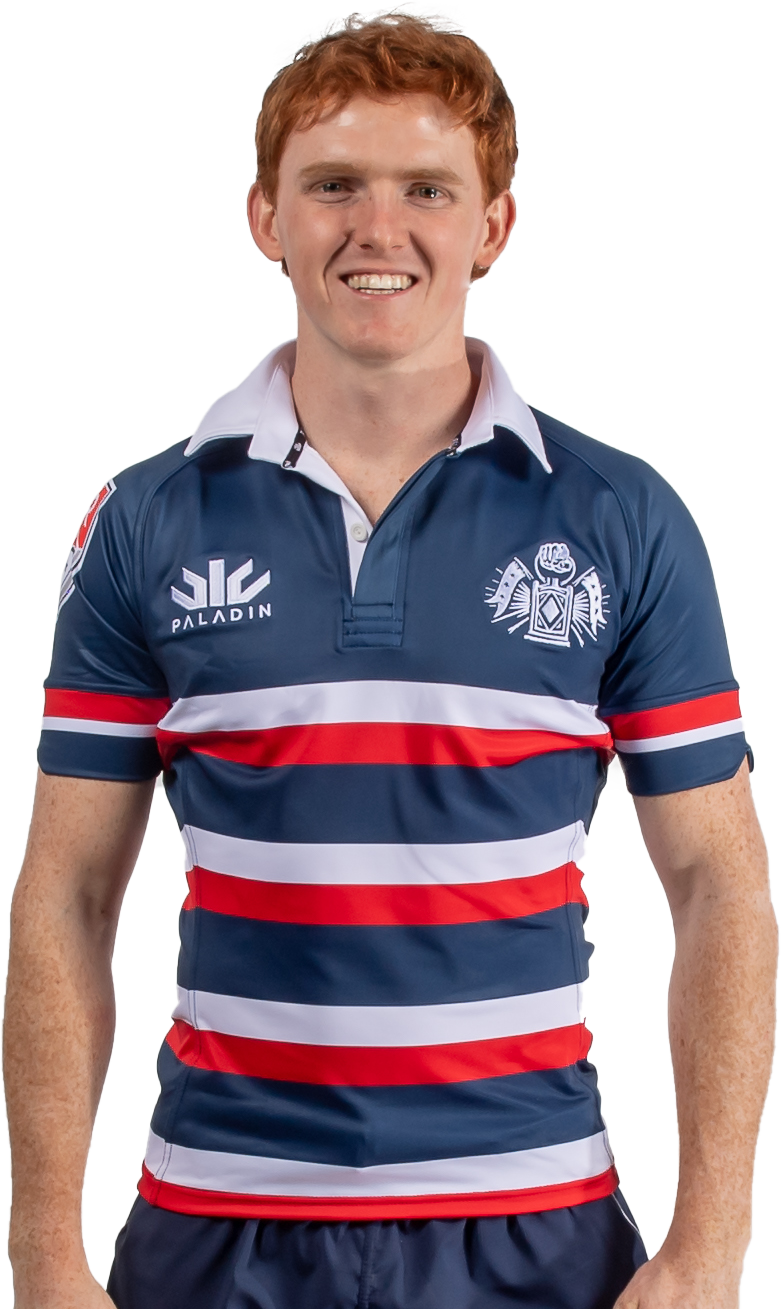 An American citizen raised in Hong Kong, the 5’ 12,” 180-lb, former Collegiate All-American brings a wealth of experience and energy to the Free Jacks. Ollie also plays an integral role for the club working in a multi-faceted operations role where he grows the team off the field.

Engelhart began playing rugby at a young age for Hong Kong Rugby Club.  After graduation from Island School in 2014, Ollie headed to Dartmouth College, where he would go on to serve as Co-Captain of the Dartmouth Rugby Football Club playing a key role in numerous Ivy League Championships. Before graduating with a degree in international relations and a minor in Chinese, Ollie led the DRFC to a National D1AA Runner-Up Trophy and earned himself US Collegiate All-American honors.

Upon graduating from Dartmouth in 2018, Ollie returned to Hong Kong, representing the Hong Kong Football club in the premiership local competition, earning an opportunity to train with the Hong Kong Sevens Program. Ollie returned to New England in January 2019, having signed his first contract with the Free Jacks. After featuring prominently during the Free Jacks exhibition season, against the Irish Provinces in the Cara Cup where he demonstrated a huge engine, an up-tempo style of play and a drive to excel at the next level.

Ollie re-signed with Free Jacks for the team’s inaugural MLR campaign making his MLR debut off the bench against the San Diego Legion. He would go on to make appearances in both of the Free Jacks’ final two matches of 2020 against Seattle and New Orleans respectively.

Off the pitch, Ollie launched “The Great Wall Project” in 2015, a 30-day expedition recording GPS data of unmapped section of the Great Wall of China to promote conservation, and has been involved in the Laureus Sport for Good Foundation, helping develop programs for underprivileged students in South African townships to utilize the community and sport as a tool for social change. Ollie is an exceptionally diligent worker who is passionate about making the world a better place, and you see that come out in his environmental focus and desire to help in our community, two tenants of the New England Free Jacks. Ollie is a certified sailing instructor, rugby coach, and bartender—just in case you ever need to be tossing a ball around a boat while chasing shots.

A Free Jack through and through, Ollie works diligently in the Free Jacks front office, leading the operations team and notably, is the mastermind behind personalized gear for each Free Jacks player in the 2021 season. A well respected human across New England, Ollie has been a driving force behind the Free Jacks academy which has seen over 400 participants involved with the Regional Training Group academy system which launched this fall. Supporters of the Free jacks can expect big things from Ollie on and off the field in 2021.