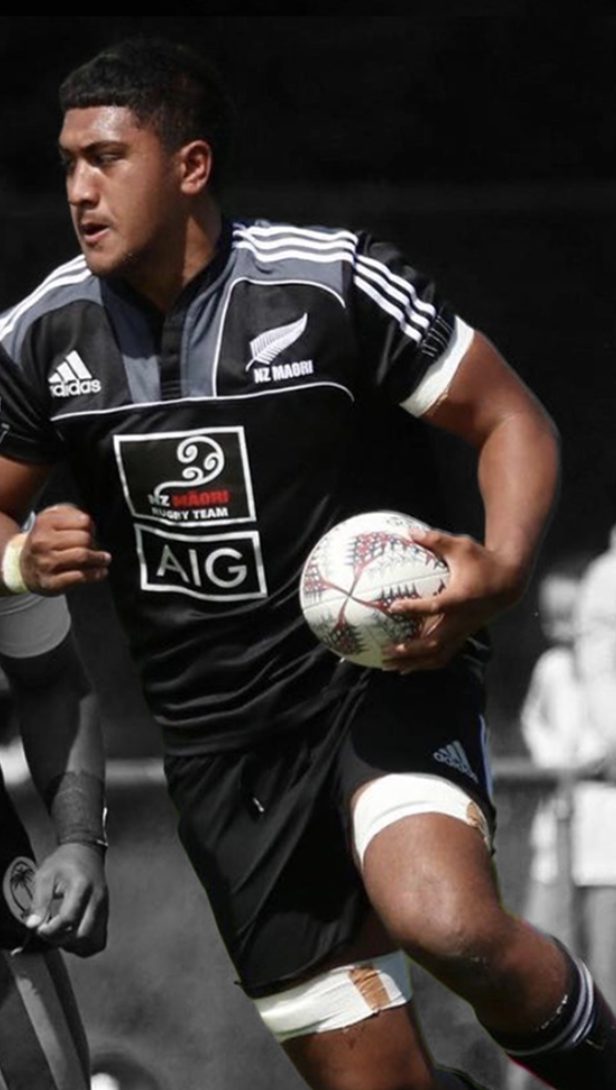 The Free Jacks are proud to welcome Terrell Peita to the roster ahead of the 2022 season. At 6’2”, 233lbs, the 21 year old back rower, primarily found in the blindside flanker or number 8 positions, will add firepower and leadership to the Free Jacks forward pack.

A young and ambitious competitor, Peita understands the value of teamwork when working towards success. “He waka eke noa,” commented Peita when asked about joining his new squad. “This simply means ‘We are all in this canoe together.’ This connects to the sport of rugby because it’s a team sport, meaning we all need to be in this canoe to head towards our goal.”

Though only 21 years of age, Peita does not lack experience. In his earlier days Terrell captained the powerhouse Auckland based boys’ school, Mount Albert Grammar (MAGs) in 2016. Peita also impressed academically at MAGs, attaining top level endorsements across all years, testament to his intelligence and work ethic. In 2018, Peita was selected to the New Zealand Maoris U18 team, with his impressive performances and leadership skills earning him the title of team captain once again.

Peita’s talents and versatility then found him selected for the Auckland U19s, Blues U20s, and the New Zealand U20s squads. Peita has already built quite the impressive resume for a young player. In 2020, Peita went on to play for the Auckland squad within the Bunnings NPC. Though only playing in 2 games to date, Terrell proved productive with his time on the pitch, scoring his maiden try and completing 94% of his tackles.

“Terrell is a fantastic young rugby player having represented Auckland in the Bunnings NPC and the Blues at U20 and U18 level,” commented Free Jacks Assistant Coach, Mike Rogers. “Terrell is an athletic loose forward who brings an offloading game which will be a hallmark for the Free Jacks in our 2022 MLR season. Above all else Terrell has captained a number of teams that he has played for and he is an outstanding young leader.”

A workhorse on the field, Peita will bring his valued New Zealand rugby experience to the MLR in 2022. With exciting arrivals such as Peita making their way to New England, fans cannot wait for the start of the highly anticipated 2022 season.